Not as much to say.

I don't really have anything to say today. No words of wisdom. No funny and/or asinine comment. So, I have decided to give you guys another trope. I think this one is kind of funny, despite being so short. It's called: G-Rated Sex. 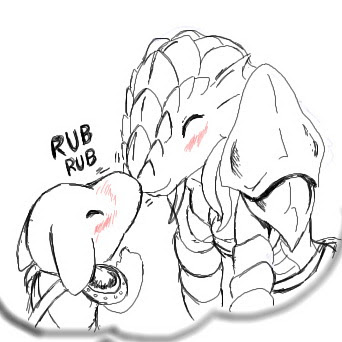 This seems to be how cutebolds (think they) reproduce.

Frequently in games and TV shows aimed at children, there's a need for sex to occur without anyone ever actually havingsex. Usually this is because breeding is a large part of the game, a character wants a baby, or it's a Very Special Episode where the writers are Getting Crap Past the Radarwith an Unusual Euphemism.
Especially prevalent in Simulation Games. Compare with G-Rated Drug. Often involves the Delivery Stork. If two species are involved, we might have Hot Skitty-on-Wailord Action.

Posted by Unknown at 2:03 PM No comments: