An Assassin, A Sweeper, and a Black Cat

An anime filled with action and comedy to your hearts content!

Originally a Shonen Jump manga written by Kentaro Yabuki (the guy who also created To Love Ru), Black Cat was adapted into a 24 episode anime series by Gonzo Studio.

The story starts off by introducing the Main Protagonist and one of the Hero's of our story, Train Heartnet, aka Black Cat, an assassin who works for an Organization dedicated to maintaining world peace known as Chronos. During the first five episodes, which is sort of an opening arc that gives us some background about the world in which Black Cat takes place, Train meets Saya Minatsuki, a Sweeper who opens Train's eyes and helps him see that he doesn't have to be a cold-blooded killer if he doesn't want too. Deciding that he wants to be free, Train leaves Chronos, but Creed Diskenth, one of the villains of this tale and another member of Chronos, resents the changes Train undergoes thanks to Saya and murders the female Sweeper in cold blood.

Two years later, Train is a Sweeper traveling with his partners, Sven Vollfeid and Eve. The story follows them catching bounties and keeping each other safe. However, trouble soon arrives for them when Creed Diskenth shows up again and Train's desire to take revenge for Saya's murder comes back. 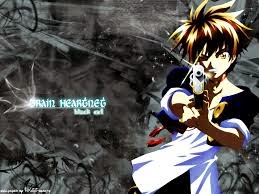 Train Heartnet is the Main Protagonist of the story. In the beginning of the series he is always seen wearing a long, black trench coat, black dress shirt and black pants. It was due in part to this outfit that he was given his underground name of Black Cat, as well as the fact that he caused misfortune to all those who met him (naturally, because they all died). At first, train was the very definition of a killer, he never failed a mission and always managed to kill his targets without remorse. It was this side of him that Creed Diskenth admired. After giving up his life as an Eraser for Chronos, his personality undergoes an almost complete reversal and he acts very lighthearted, carefree and even somewhat foolish. Overall, I have to admit that he is one of my favorite anime heroes. 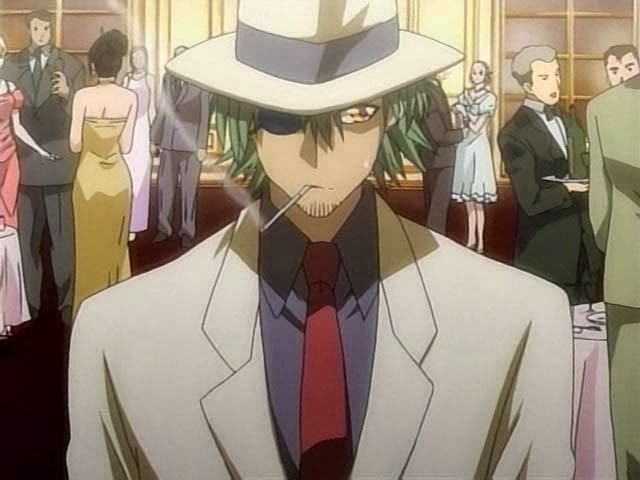 Sven Vollfied is Train's partner and fellow Sweeper after Train leaves Chronos. Sven often considers himself to be a gentleman and is always respectful to women and children, though dangerous women do not seem to apply here. He is often tortured by Train's capricious personality, which often gets him (and Train and Eve) into a lot of trouble...and drags him even further into debt. Before becoming a Sweeper, Sven was a member of the Bureau of Investigation. 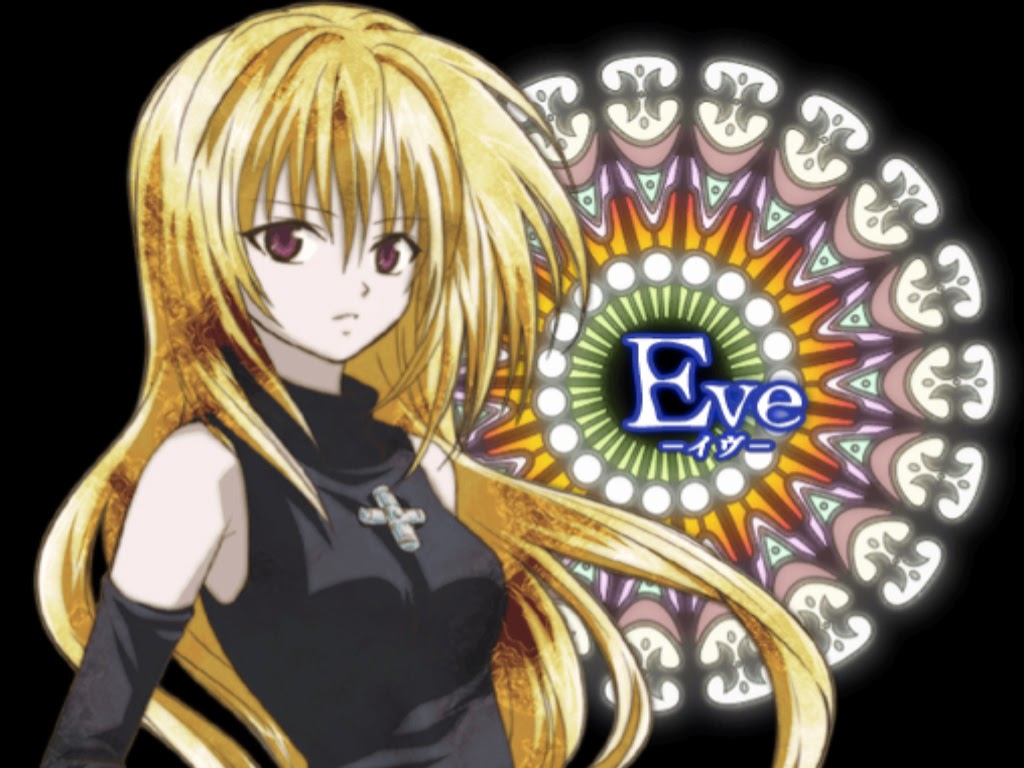 Eve is the third member of this little party. I'm sure this girl looks familiar to some of you. Perhaps she reminds you of a certain Yami-Yami (Golden Darkness) from To Love Ru? That's because  Kentaro Yabuki, the creator for both Black Cat and To Love Ru molded Eve and Golden Darkness from the same cloth. In fact, you could almost say Eve was Golden Darkness' predecessor, which is funny because Golden Darkness' real name is also Eve. They even have the same power to morph parts of their bodies into anything they want. Eve is a genetically modified clone of Tearju Lunatique, and her powers are due to the nanotechnology inside of her. Eve was originally created to be a genetically engineered Bio-weapon. 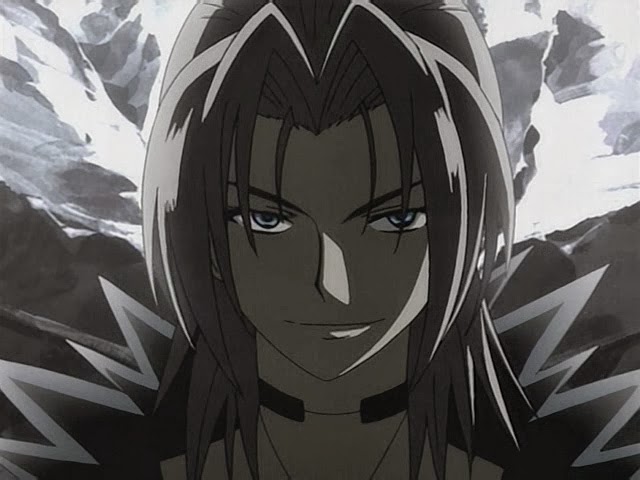 As far as villains go, Creed Diskenth is definitely one of my favorites. The dude is completely bat-shit crazy and has an obsession with Train Heartnet. I believe the guys got a major boy-crush on our Main Protagonist. In fact, Train is the only person in the entire world that he respects, and his dearest wish is to rule the world with Train by his side. Definitely a boy crush. Did I neglect to mention that he's also delusional to the point where he'll fabricate absurd explanations when things don't go his way, deeply narcissistic (he thinks he's a god. Can't narc much more than that), and is one of the biggest megalomaniacs I've ever seen in anime. But then, that's why he makes such a nice villain. There's no "Oh, he's not evil, he just turned to evil because he's misunderstood." No, he's just plain evil, which may have had something to do with his shitty childhood, but whatever. 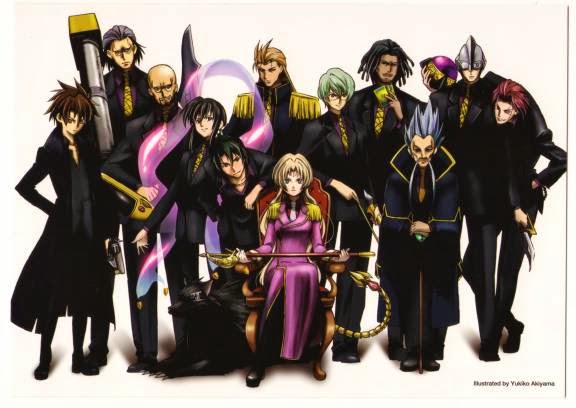 Chronos is an underground organization that controls one-third of the world's economy. It is commanded by the Council of Elders, who regularly sends out its elite assassins on missions...to kill people. Naturally, they do this because their goals are to maintain global peace, and what better way is there to maintain peace than to kill people off? Perhaps this is why a good deal of people who know about the existence of Chronos question their tactics and actions.

The elite assassins of Chronos are known as Chronos Numbers (a very original name if I do say so myself). Train, before he left, was number thirteen. Each member of Chronos will have their number tattooed somewhere on their body (Train's is near his collar bone). They are the most elite assassin force in the world and their numbers range from one to twelve. Train's admittance into the Numbers was a very special case. He was just so damn good at killing they couldn't not let him join.

Overall, I would rate this anime an 8.5/10 and recommend it to any anime fan. The only reason it's not a 10/10 is because the anime is lacking in romance, which I do so love to see in an anime. For those of you who like action, adventure, comedy, and a deep story driven plot, I would highly suggest watching this anime.