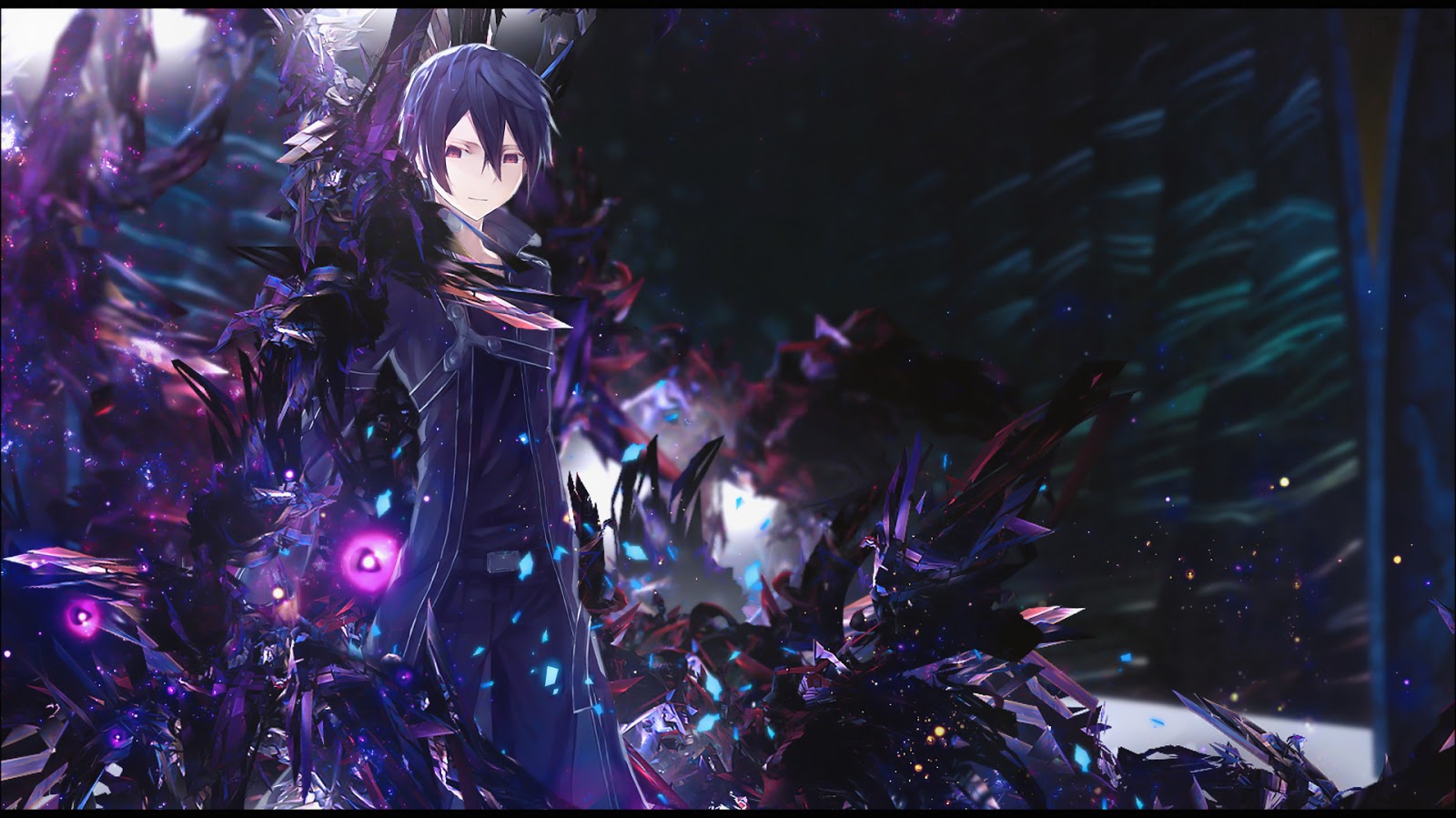 Once again this particular piece of digital mastery was found on Deviantart. For those who haven't guessed already, this is an image of Kirito from Sword Art Online. I thought it was a rather impressive piece of artwork and have thus decided to show it on here.

The first thing that really sticks out at me is Greev's use of colors: he mostly sticks with analagous shades of purple and blue, only deviating from this color scheme when making the background behind Kirito, who acts as the focal point for this piece. By using green, a color that is complimentary to purple and blue, he makes Kirito stick out more.

The shading itself was also very well done. There are several points where the lighting comes from: the top left-hand corner and several small, bright purple spots behind Kirito. Notice that Greev accounted for all those light spots when he did his shading and even managed to make the nearest purple "light" reflect off the surface of Kirito's trench coat.

The only thing I am confused about are the things--for that was the only word I could think to call them--surrounding Kirito. They look like monsters, I can see at least two heads in the mass of polygonal colors, but they're very hard to distinguish at first glance and require you to look at it several times before noticing. Do they mean something? Are they symbolic in some way? I don't know, but it's interesting if nothing else.

You can find this wallpaper art here at: http://greev.deviantart.com/art/Sword-Art-Online-Wallpaper-331240761
Posted by Unknown at 9:58 AM 1 comment:

Email ThisBlogThis!Share to TwitterShare to FacebookShare to Pinterest
Labels: SAO Wallpaper by Greev

The Q&A for Chapter 27, Namikaze's Return has been posted for any who are interested. It's kinda small, this chapter didn't get that many reviews, but I hope you find it interesting anyway.
Posted by Unknown at 9:46 AM No comments: