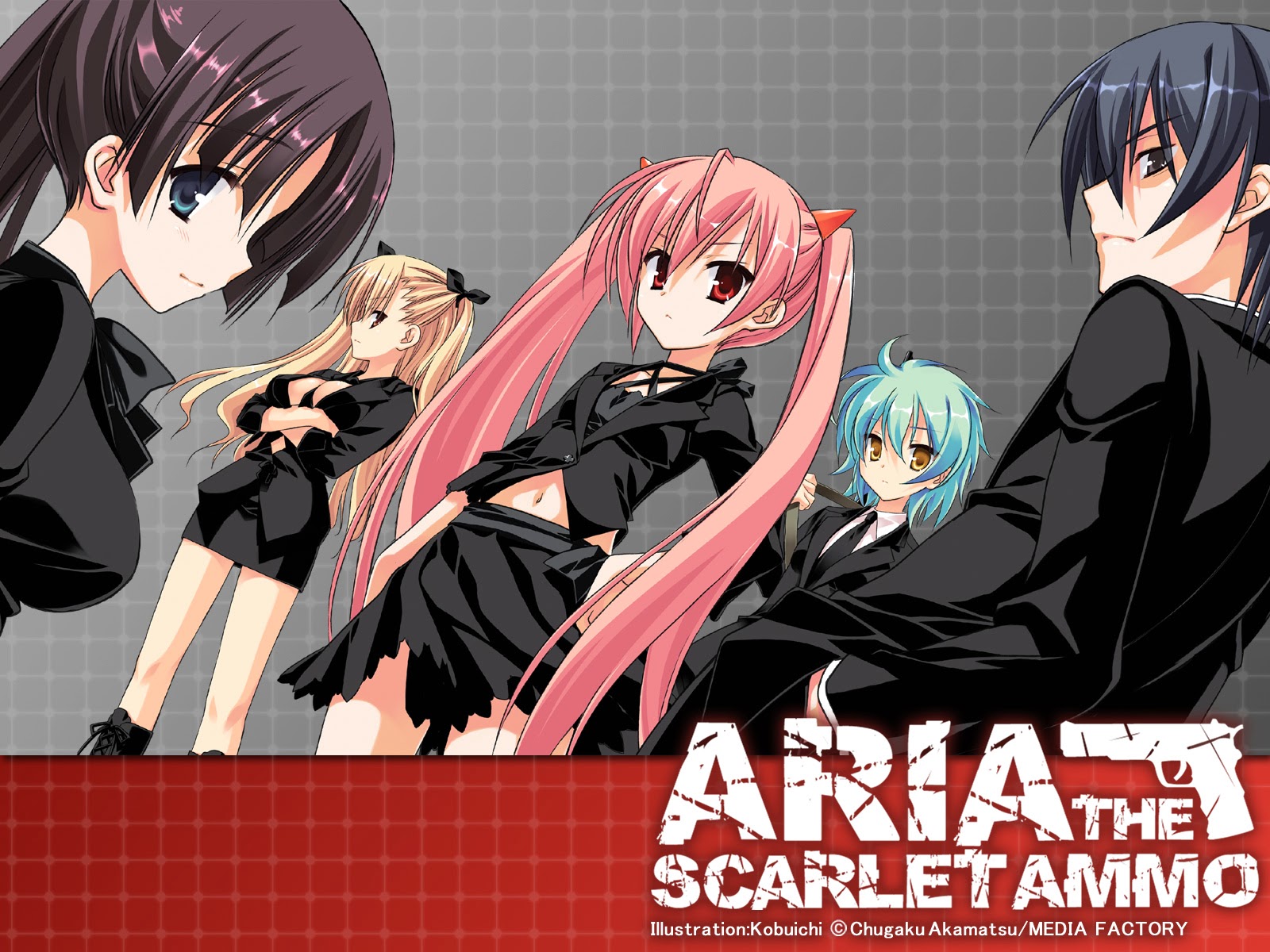 So, what to say about Aria the Scarlett Ammo? At first glance it seems like your stereotypical Harem anime: you've got the Tsundere as the main love interest, the Yandere who loves the Main Protagonist who seems completely oblivious to her affections, the Kuudere who is just kind of...there, and the ecchi school girl whose only role appears to be a fanservice. So then, what makes this anime different from all the others?

How about the action?

Or maybe the fact that the Main Protagonist becomes a complete badass when exposed to too much sexy?

Aria the Scarlett Ammo differs greatly from stereotypical harem anime at the start of the first episode when the Main Protagonist, Kinji Tohyama, is rescued from getting filled with led by the main love interest and violent Tsundere, Aria Kanzaki. Unlike most harem anime, where the romance is at the forefront of the storyline, the romance here has been blended in with the action seemlessly, creating something unique and hilarious. Kinji Tohyama is the Main Protagonist of this series. A student at Butei High School, Kinji is ranked as an E-level Butei, the lowest ranking due to missing the Butei evaluation exam. However, while his ranking suggests he's nothing but a wimp, when certain conditions are met, his skill level can be raised to that of the highest level possible: S-rank. After the death of his brother, he had plans on quitting the Butei, but all that changes when he suddenly finds himself being marked for death by someone copying the tactics of the Butei Killer... 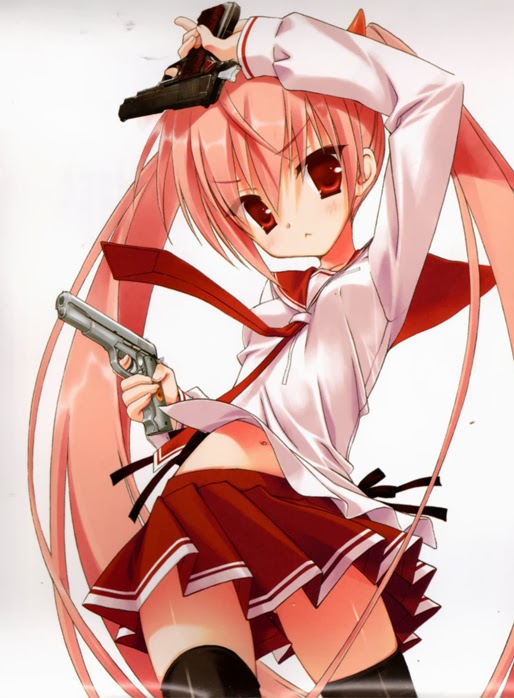 As her name suggests, Aria Holmes Kanzaki is a direct descendant of Sherlock Holmes, the famous detective. She is the fourth Holmes, to be exact. Aria is an elite S-ranked member of the Assault department of Butei High School. She is well-known for her ability to dual wield either guns or swords, earning her the title "Quadra." After their encounter in which she rescues him and sees his skills, Aria tries to recruit Kinji as her partner...of course, being a Tsundere she can't say it like that and instead demands that Kinji become her slave. 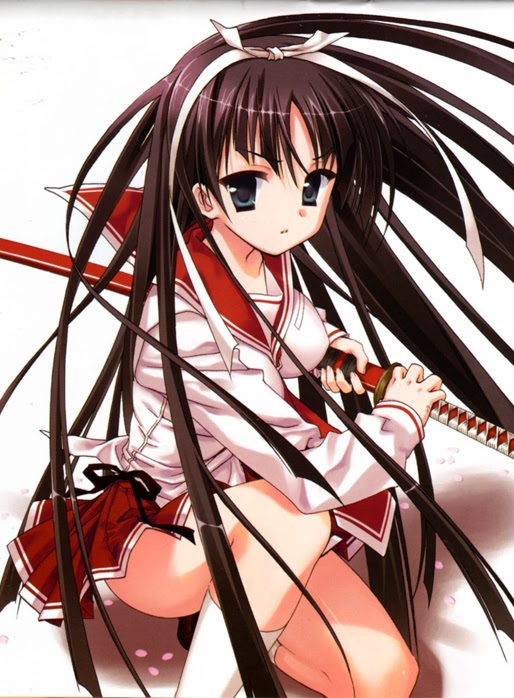 Hotogi Shirayuki is what many people refer to as a true Japanese beauty. She has snow white skin (which is appropriate considering Shirayuki means snow white), long, flowing black hair, and a breast size that is unrivaled by her classmates. She and Kinji are shown to have a shared history together, and it's clear to anyone who watches this show that she has a major crush on him. Shiraykui only has one major flaw at this point: her insane jealousy when any girl gets close to Kinji. That's right, she's Yandere to the core. But at least she's cute! (^_^) 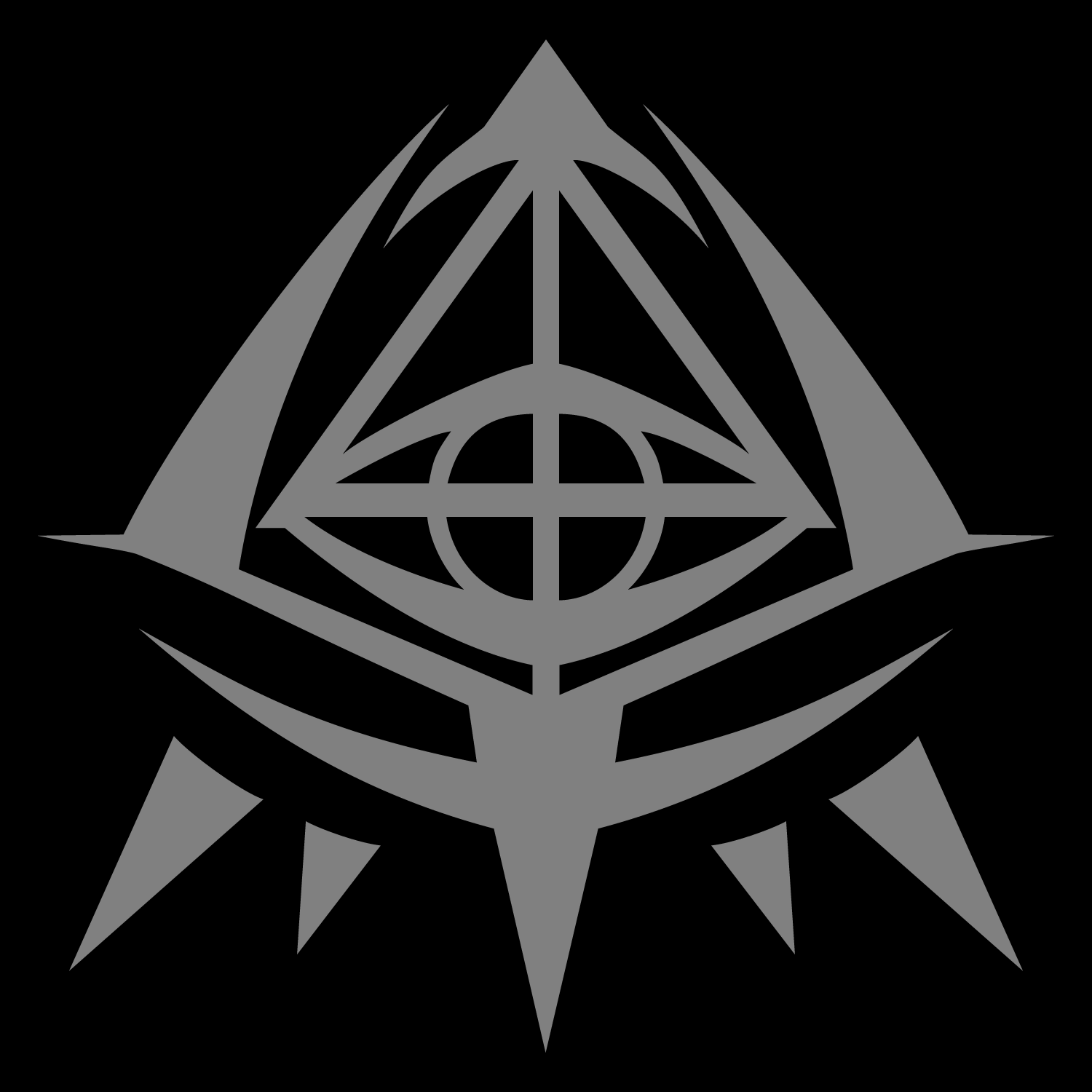 Butei, or Busou Tentai, literally means "Armed Detective" in English. They are a national qualification created for the purpose of combating the worsening crime rate throughout the world. All Butei are allowed to carry fire arms and make arrests. A Butei will take on any job for money, as long as falls within the Butei Law. 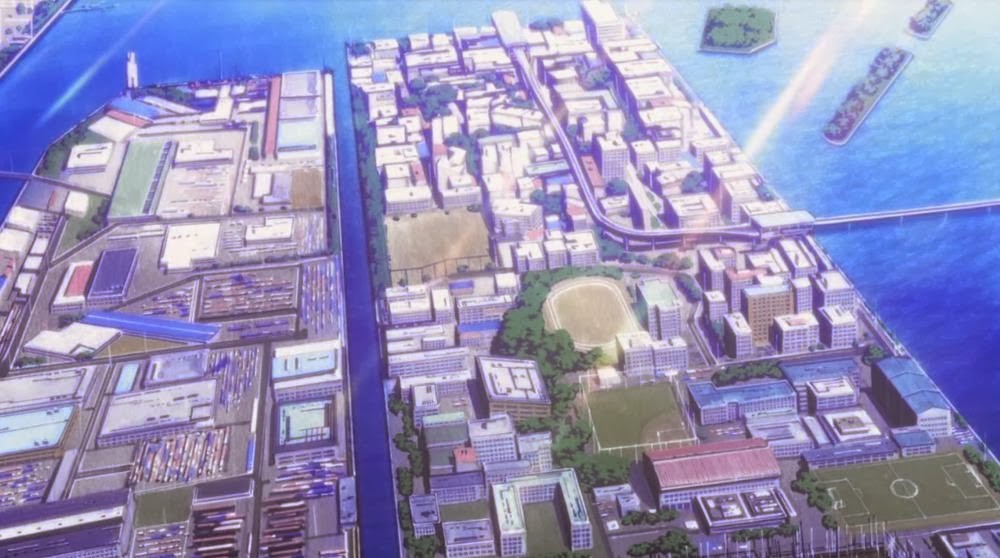 Tokyo Butei High School is the specialized educational institution in Japan whose curriculum is centered on the development of Butei. There are similar facilities to this one all over the world, each one dedicated to training Butei. 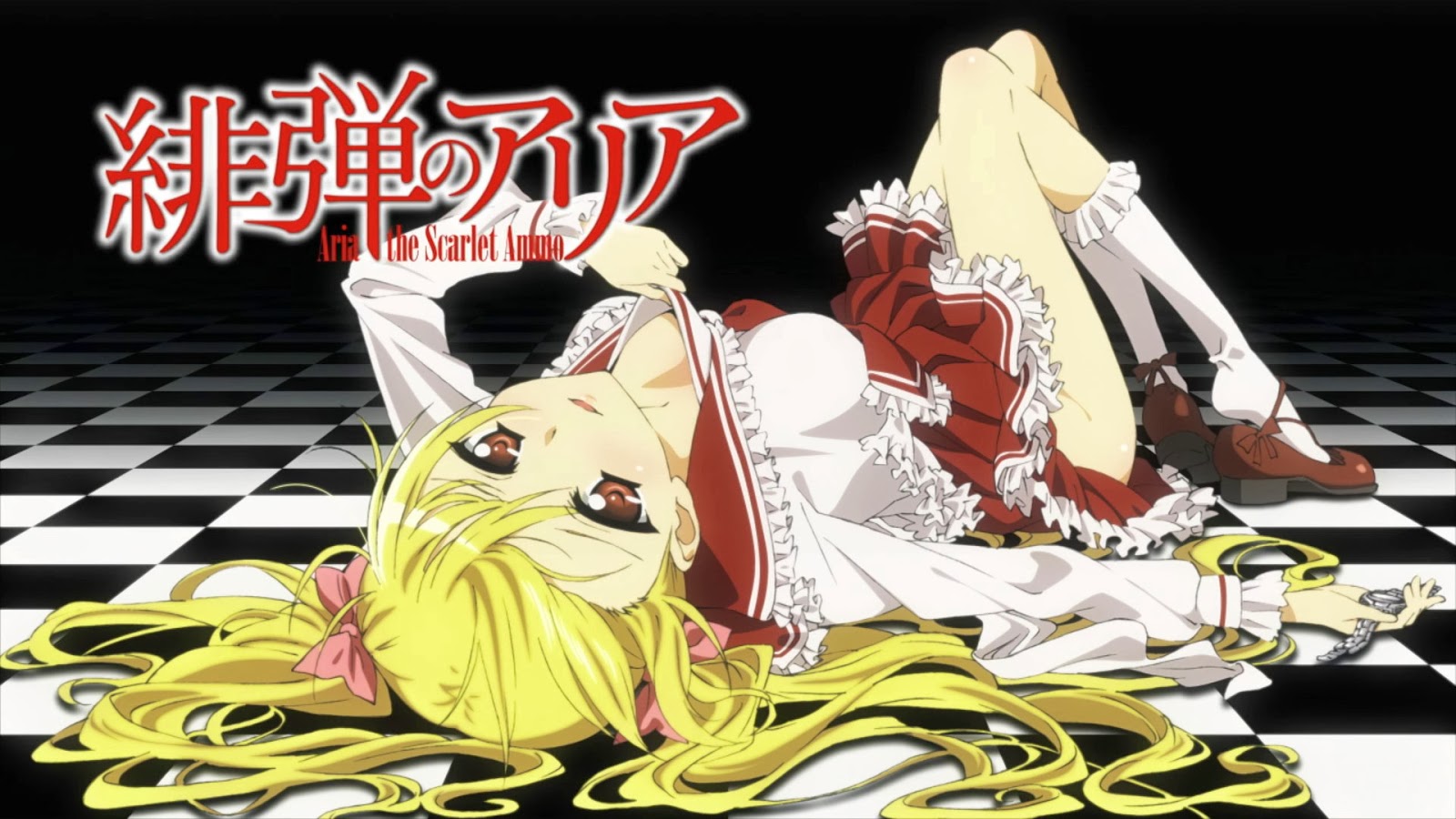 Overall, I would rate this anime a 7.5/10 and suggest to anyone who enjoys a combination of action, adventure, gun fights, and cat fights to watch it.