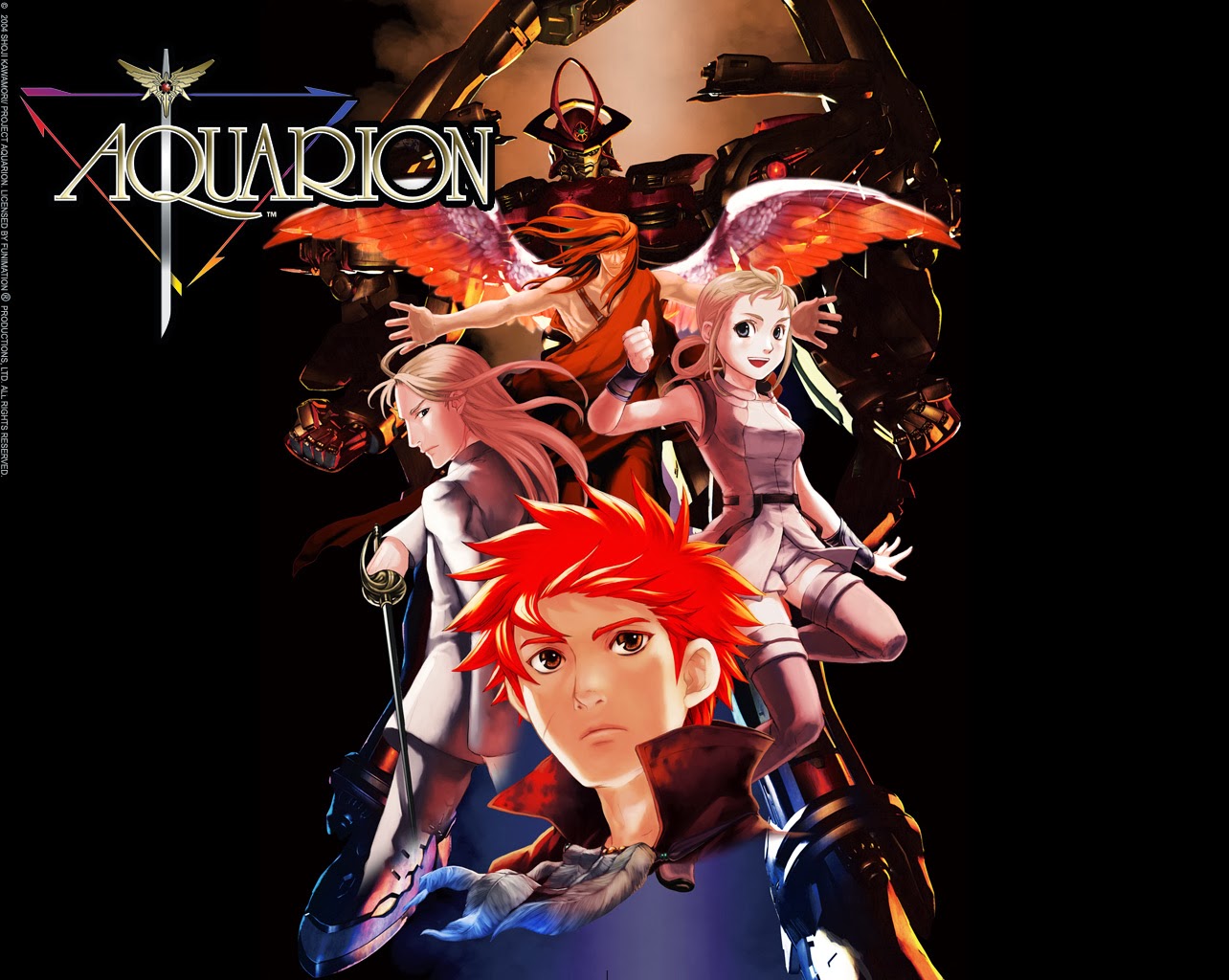 A Mecha Anime with some Seriously Sexual Connotations

12000 years before the start of the series, a disaster known only as the Great Catastrophe destroyed a significant portion of the world, killing off many of its inhabitants. Trailing on the coattails of this disaster came beings known as the Shadow Angels, winged humanoids who seem to have been in slumber for the past 12000 years. These beings harvest humans, which they call Wingless Ones like cattle, so as to extract their life force and use it for unknown purposes. To do this they use giant harvesting machines that are guarded by equally giant Mecha robots known as Cherubim Soldiers. To combat the Shadow Angels, humans use an ancient and powerful weapon known as Aquarion that can only be used by Elementals, humans who contain a special power. During the first sortie against the Shadow Angels, two of these Elementals encounter a young boy named Apollo, who is believed to be the reincarnation of Apollonius, also known as Solar Wind, who had betrayed the Shadow Angels, his own kind, because he fell in love with a human woman named Celiane.

Just from reading the description, I am sure you can see that as far as plots go, this one is a fairly standard plot: humanity faces it's greatest threat from an outside, alien source that wants to harvest them like wheat. It's been done quite often, the most prolific use of this plot being The Matrix. The difference is that instead of sentient machines, the enemies humans face are Shadow Angels.

Don't let the overused plot fool you. While the story takes what appears to be a cliche'd story plot, they manage to use it in such a way that the anime stayed interesting throughout most of the story. 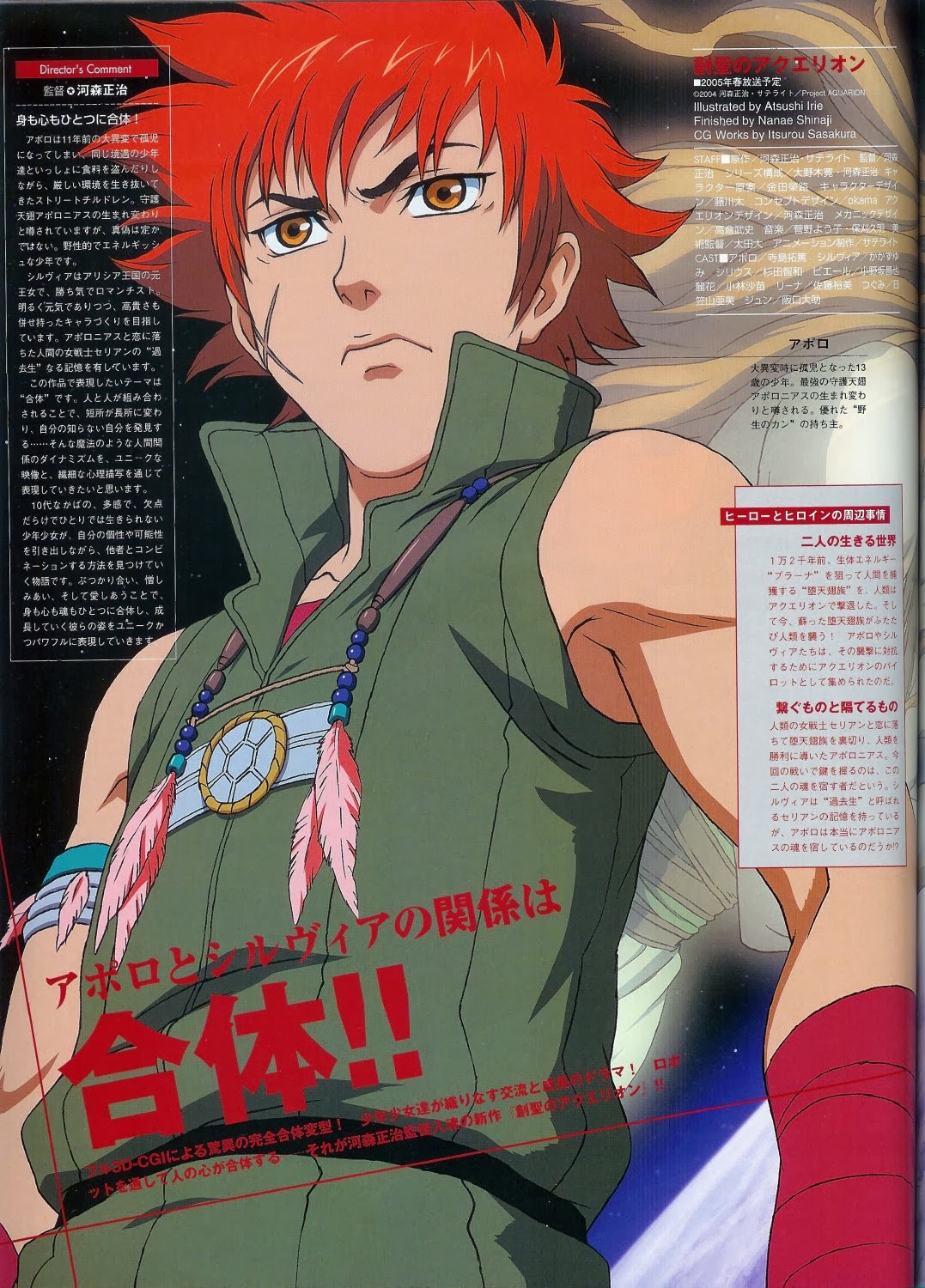 Apollo is the Main Protagonist of this series, and is supposedly the reincarnation of Apollonius, the Shadow Angel who betrayed his own kind for the woman he loved. Quite possibly one of the most unique characters in an anime, Apollo has a very animalistic personality: using his nose to hunt (he has a very strong sense of smell), eating uncooked animals, running on all fours. Everything from his abrasive personality to the way he acts indicates that he is more animal than man. However, this does not mean he does not have a caring and gentle side, which comes out when his friends are in danger. 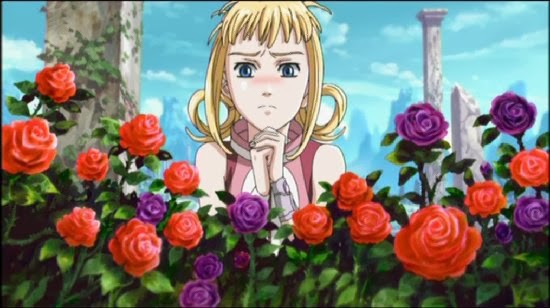 Silvia is the heroine of our tale and the obvious love interest of Apollo. She is the reincarnation of Celiane, Apollonius' lover 12,000 years ago. At the start of the series the two appear to have a very antagonist relationship. Later on, Silvia starts displaying Tsundere signs of attraction towards Apollo, which eventually culminates into feelings of love. Other interesting things to note about this girl is that she has a big brother complex a mile wide and gets very jealous when any girl tries to "steal her brother away from her."

Merging is the term used when the three Vectors, small fighter craft that are piloted by an Elemental, merge to form Aquarion. This particular transformation is very similar to the ones found in Vandreed. However, unlike Vandreed, which has some minor innuendos that play a small role in the story, the transformations here are literally sexual in nature.

Are you feeling randy yet? No. Well, moving on then.

Aside from the very orgasmic nature of the merging, which I believe is more a fanservice than anything symbolic, the mecha transformation is fairly standard.

Of course, as a hopeless romantic, I'll freely admit that my favorite moments of this anime is anything to do with the romantic development between Apollo and Silvia. I have to admit, while not my favorite, the two make a very cute couple: 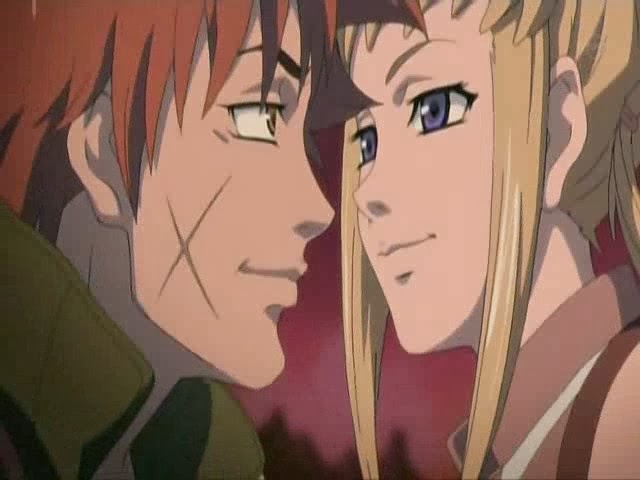 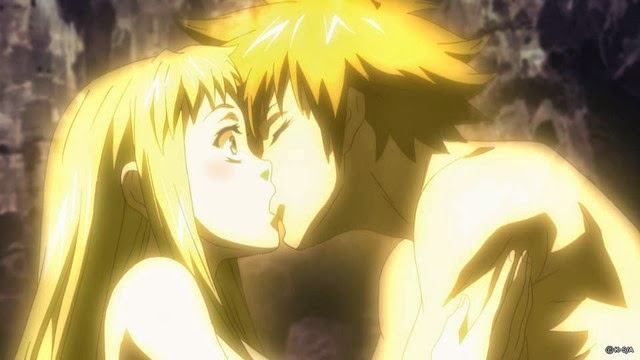 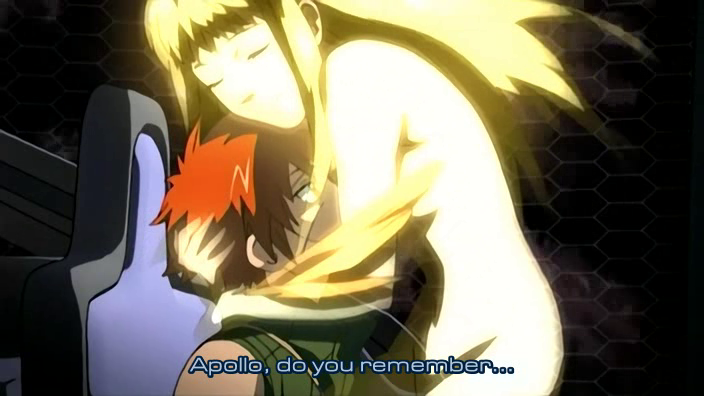 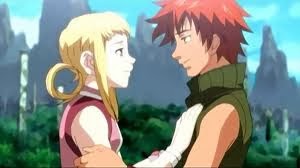 All in all, I would rate this story a 6.5/10. It's interesting, has some unique aspects that caught my attention, but there were just some things about the series that I didn't like. A good few of you would definitely find it fascinating enough to watch, but I doubt you'll want to watch it more than once.