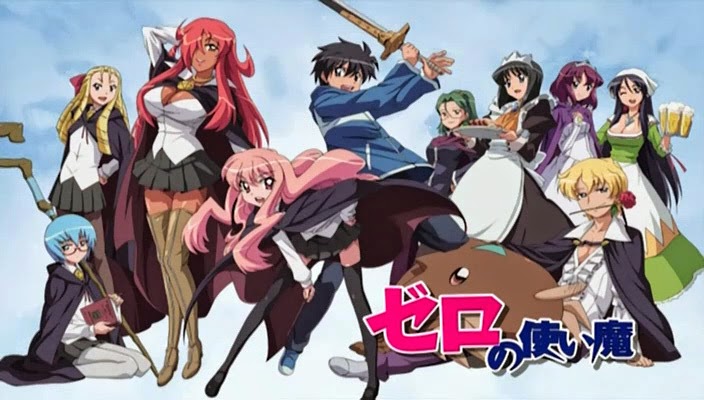 There's something to be said about a Shonen/Harem anime that actually has romance and doesn't half-ass it. One of the few things that have always bothered me about anime with romantic elements, which is surprisingly just about every anime, is because the romance never goes anywhere. You have MC A meeting MC B, both fall in love, and then.... nothing. Even after confessing their love for each other, they don't get together and things go pretty much back to the way they were. 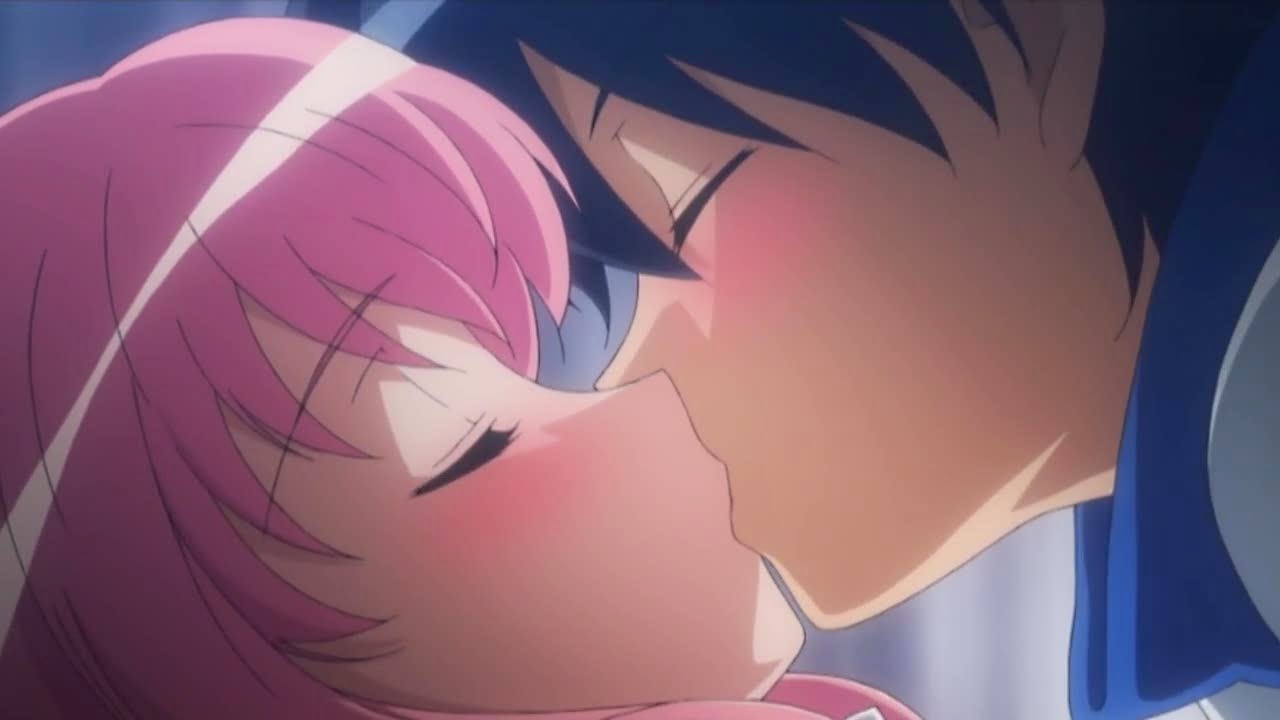 Not so with Familiar of Zero or Zero no Tsukaima. This anime actually has romance, a lot of romance. In fact, sometimes I even think it stole the romance from other anime because there's just so much of it. 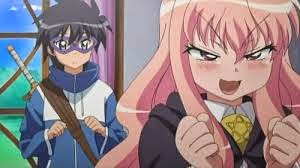 Familiar of Zero is the story about Saito Hiraga and Louise le Blanc de la Valliere (I don't know if I spelled that right, so bear with me here). Louise is a noble attending Tristain Academy, a school for magic. Unfortunately, she can't use magic, at all. In fact, she absolutely sucks at anything that involves magic. She has a zero percent success rate with every spell, hence the title.

In case you haven't realized, they're the two in the picture above. Louise is the one who looks like she's on drugs or something, and Saito is wearing the dopey glasses. 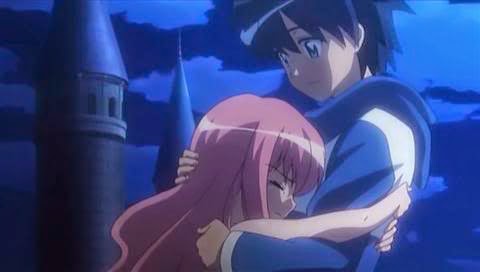 Anyway, the story goes something like this. Louise, desperate to summon the perfect familiar to prove that she is not blowing smoke up her own ears.... ends up summoning Saito, a human boy from earth. It's a recipe for disaster that can only get worse, and by worse I mean funnier, naturally.

This is one of the few anime where I actually thought a good deal of the jokes and humor they had was actually funny. There were a good number of times where I laughed my ass off, figuratively speaking, of course. The satire this tale of magic and knights contained as it wove a story about a regular boy being summoned to a magical world was refreshing.

Even still, the anime isn't without its problems. While some of the humor was good, some of it ended up becoming redundant after watching it happen for the four hundredth time, like when Louise causes Saito to explode for doing something perverted. 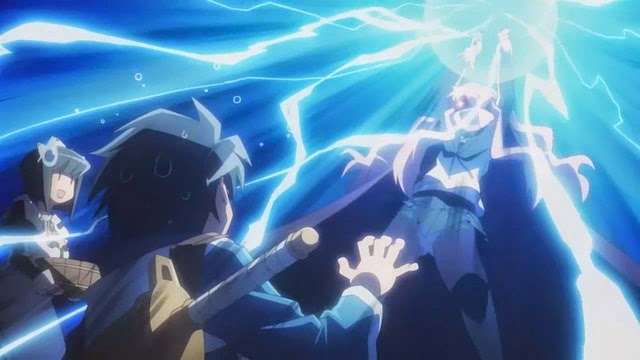 Or when she beats him with a horse whip for staring at other women. 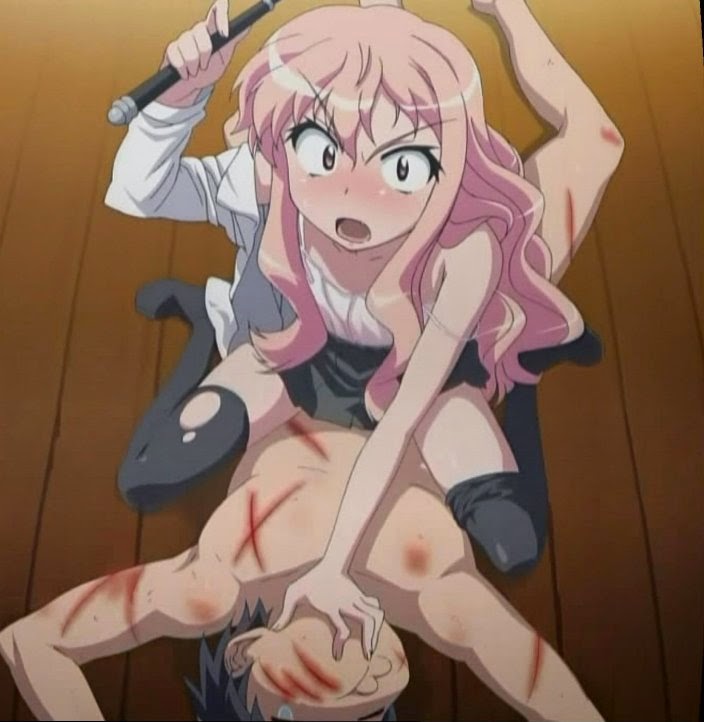 Or, you know, just committing violence Louise committing upon him in general and for no apparent reason. 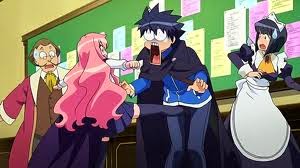 The good? The artwork is lovely and there are some really hot girls in it. 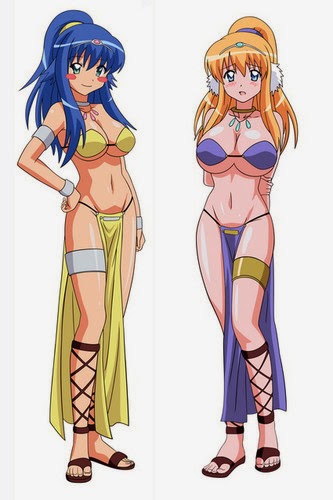 It's got massive amounts of plot. 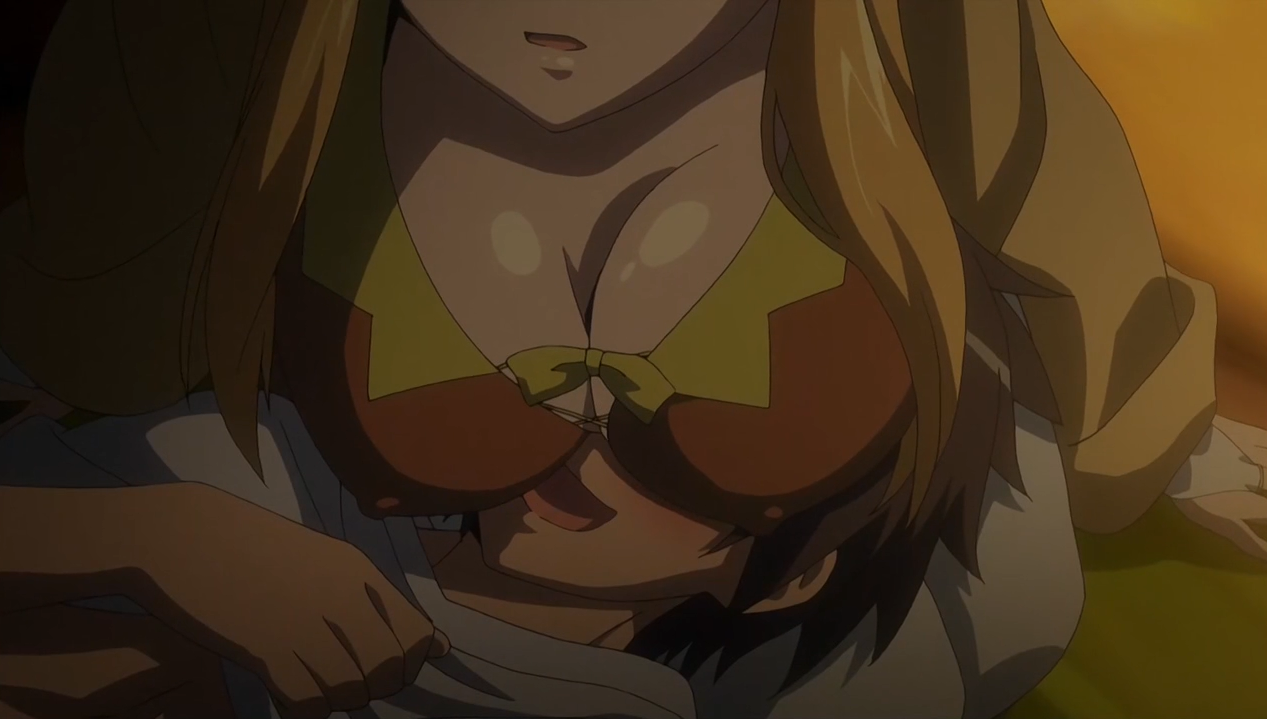 And some parts with some not so massive plot. 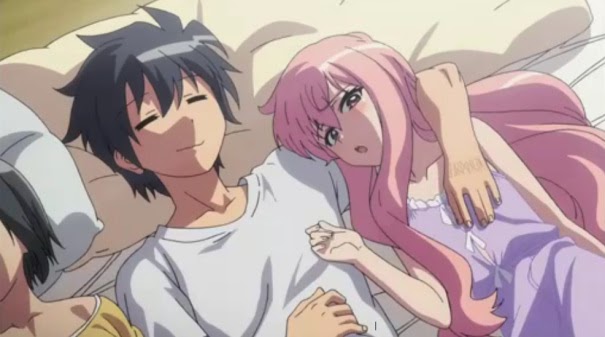 Overall, I would rate Familiar of Zero with an 7.5/10 for artwork, an interesting story, a good romance with a decisive ending, and a decent amount of ecchi that doesn't overpower the actual story. The only thing I really didn't like about this anime was a matter of personal preference of girls. I just don't get why the Main Character always ends up with the flat-chest Tsundere girl. 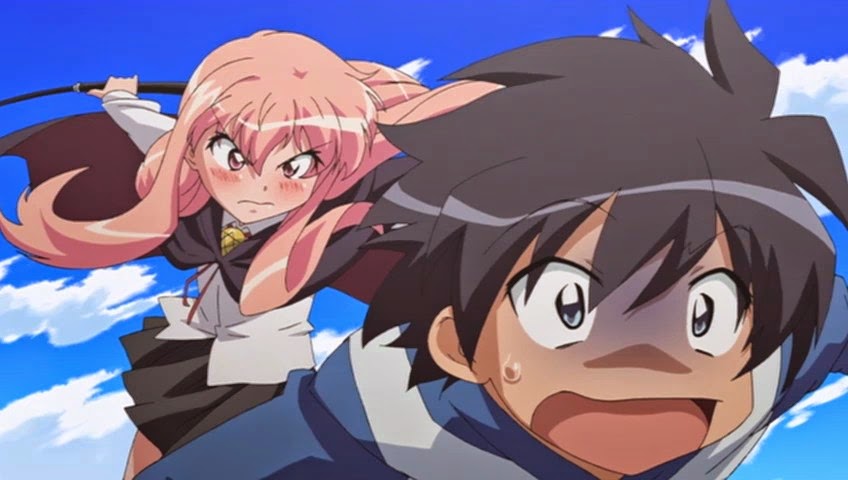 Seriously, what is it about them that the Japanese love so much? Who the hell would want to get with a girl like that? A masochist, maybe?