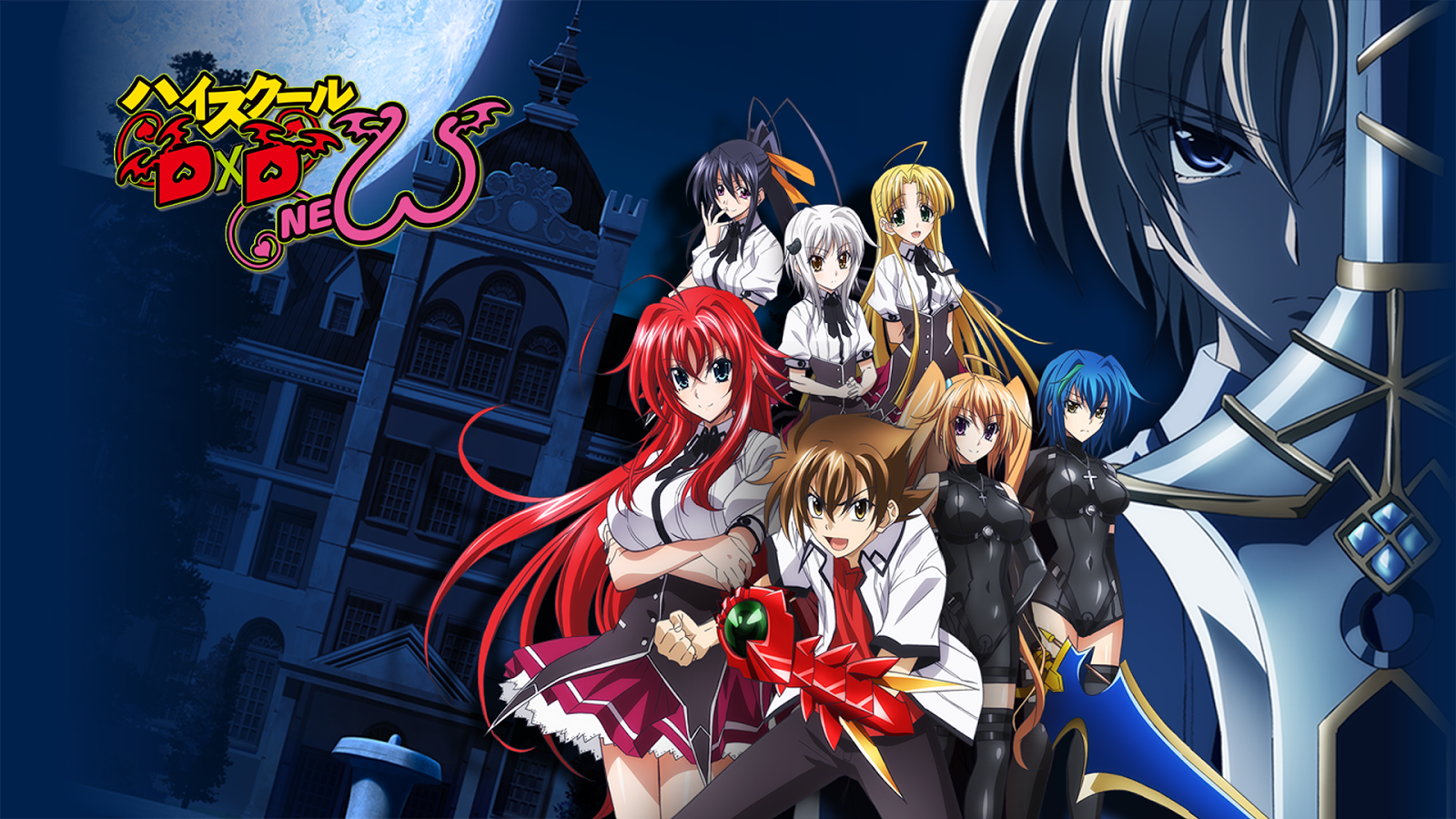 When Massive Plot meets an unusual combination of character development and a surprisingly good story, you get something like High School DxD.

High School DxD is the story of Hyoudo Issei, a not to regular high school student who dreams of one day becoming a Harem King. Yeah. Issei wants to be a harem king. One of the things that sets our young protagonist of this series apart is the simple fact that Issei has an insane amount of lust for such a young person. His thoughts tend to center around boobs more often than not, which is good because this anime has a lot of boobage. 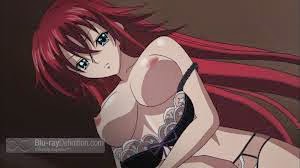 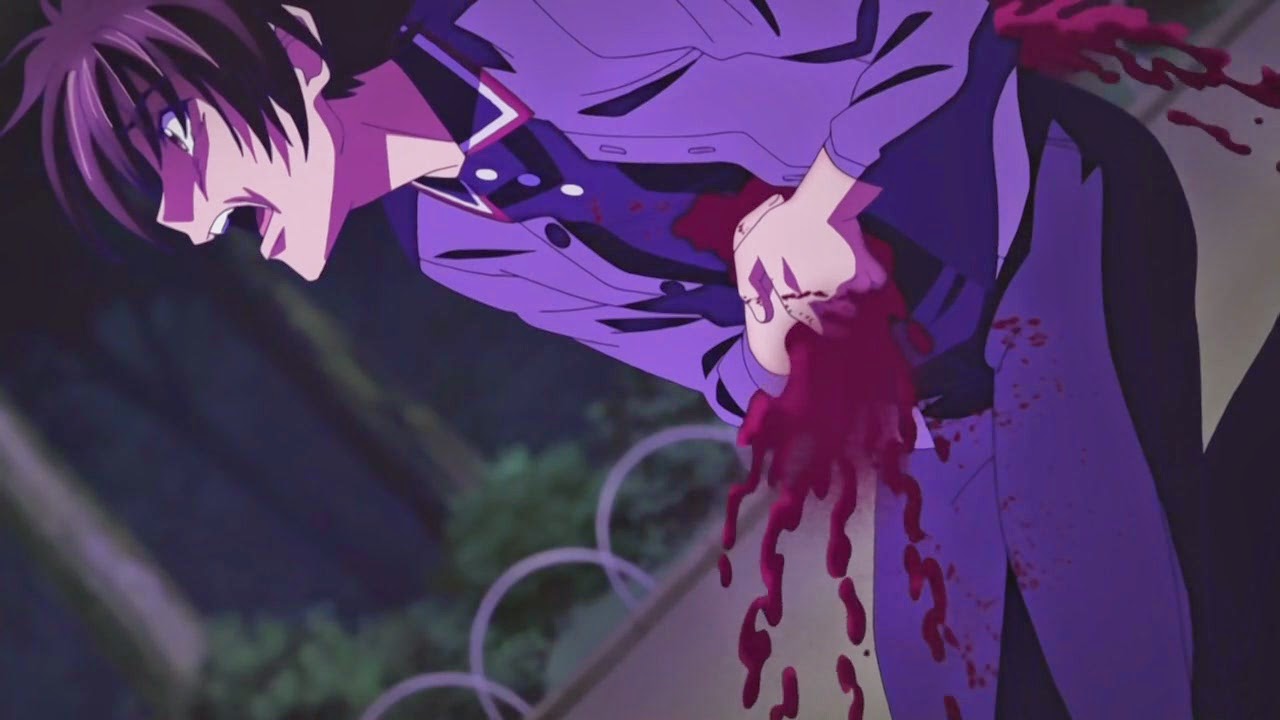 For those who are curious, the story is about this guy right here, the one with blood pouring out of his guts. The story starts with Issei Hyoudo taking his first girlfriend, Yuuma Amano, on a date. However, before the date could end in a kiss, Yuuma does something shocking. 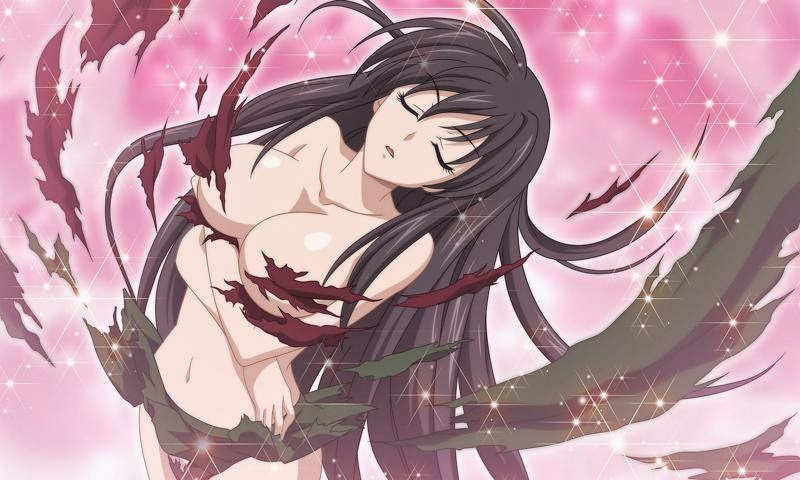 And no, it isn't just having some strange clothing transformation where she strips naked. That's a fanservice.

It turns out that Yuuma Amano is actually a fallen angel who came to kill Issei, which she does by stabbing him in the gut with a spear of light. As Issei lays dying, he wishes to be able to at least die within the bosom of a beautiful girl.

Fortunately for Issei, his wish is answered. 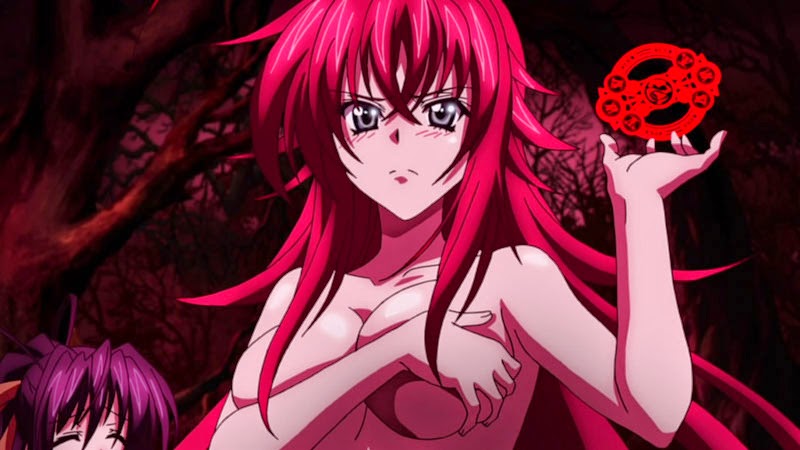 This boobilicious girl's name is Rias Gremory, and she is a Devil. Yes, I know what you're thinking. Aren't Devils supposed to be those monsters that have red skin, horns on their head, a spaded tail, and black devil wings? Maybe they do have all that in real life. Though having never met a Devil in real life, I couldn't say. However, in this anime, Devils are not ugly creatures bred for the purpose of perpetuating violence and evil. They are actually gorgeous women (and a few men) with generally large boobs and a killer figure. At least the women are, the men are all bishounen. 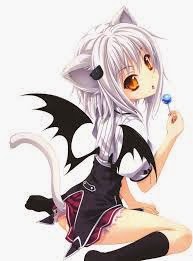 Unless they're a loli, in which case they'll look like this adorable cat-girl with Devil wings. 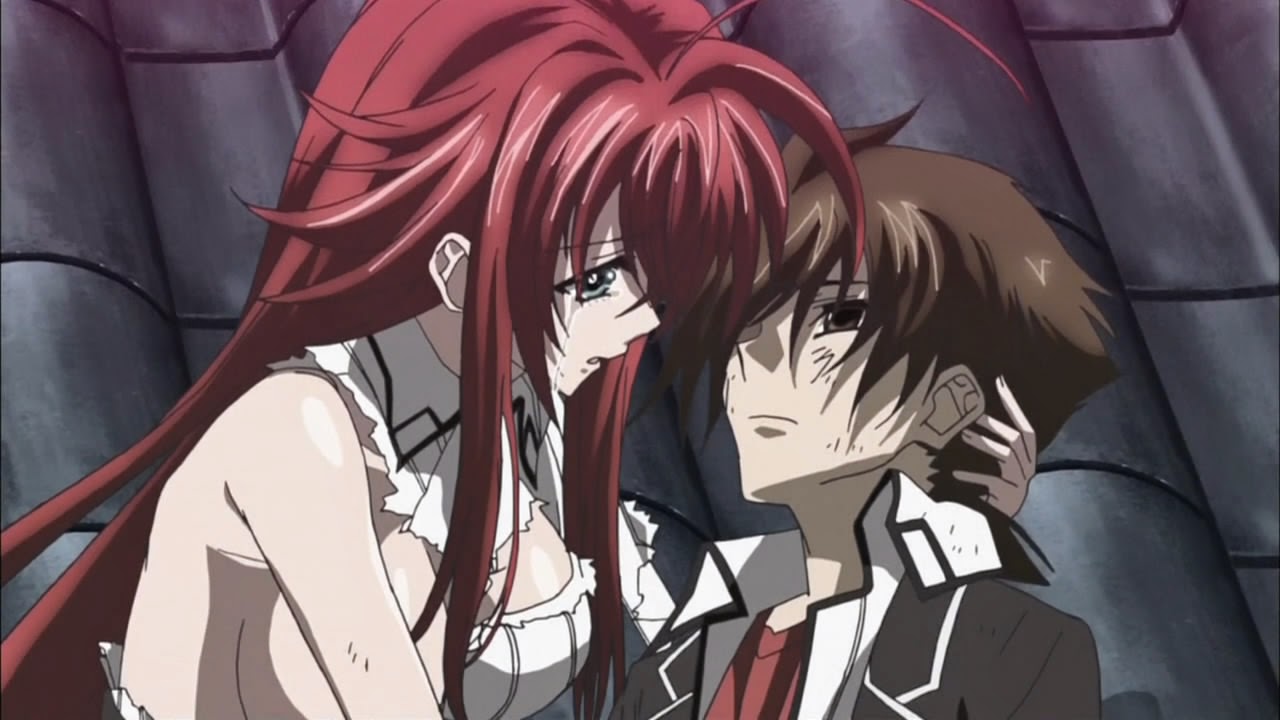 Anyway, Rias resurrects Issei as her Devil servant. Now Issei must work hard to become the strongest Devil possible, because becoming a strong Devil means he'll be able to get his own servants, which means he'll finally achieve his goal of becoming a harem king.

Yes, even after getting stabbed in the stomach and resurrected as a Devil, he's still got harem on the brains.

T&A aside, High School DxD is a nice anime that's already got two seasons up and running and a third on the way. I myself am looking forward to the third season, which I speculate will come out either sometime during Fall of 2014 or so sometime during 2015. I would definitely recommend it to anyone who loves anime, especially of the ecchi variety.