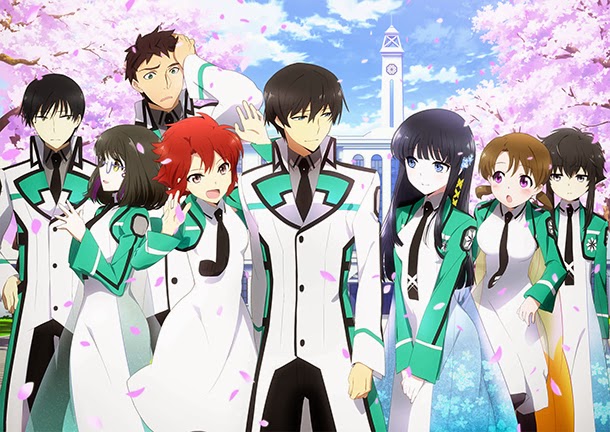 So here's an interesting anime I found a while ago and have been watching for the past 20 episodes that have aired. Mahouka Kouko no Rettousei is an interesting story of Magical Realism set within an alternate reality in. Unlike most magic, which involves long, complicated incantations to cast, or relies on some kind of sacred power within the human body, magic within this world is a lot more like a science. There are rules and theories and highly advanced mathematical equations that are involved in the act of spell-casting. Mediums like guns and batons and swords and even phones can be used to spell-cast, provided you have the right activation sequence to do it.

It was actually the magic system that first got me interested in Mahouka Kouko no Rettousei. All of it is very well thought out and the magic itself is incredibly complex. This is nothing like your average Lord of the Rings magic.

Now, awesome magic aside, the story itself is packed full of action. Despite the setting being another one of those "high school" settings that seems to have become increasingly overdone, the story itself manages to keep my interest throughout all of the episodes they currently have. I think it helps that, aside from this simply being some high school anime, the characters also have to deal with discrimination, terrorist organizations, violent school competitions, sabotage, military operations, and a whole slew of other problems that you just don't see in most high school fics.

The cast is also surprisingly memorable. The main character seems to be your typical Overpowered Gary Stu at first, but despite seemingly having few faults, I actually like Tatsuya Shiba's character, for the most part. As a main protagonist, he's not bad, and I actually appreciate that he's talented and highly skilled in combat and advanced magical theory. There are only a few anime out there where the hero is a complete badass, and this is one of them. 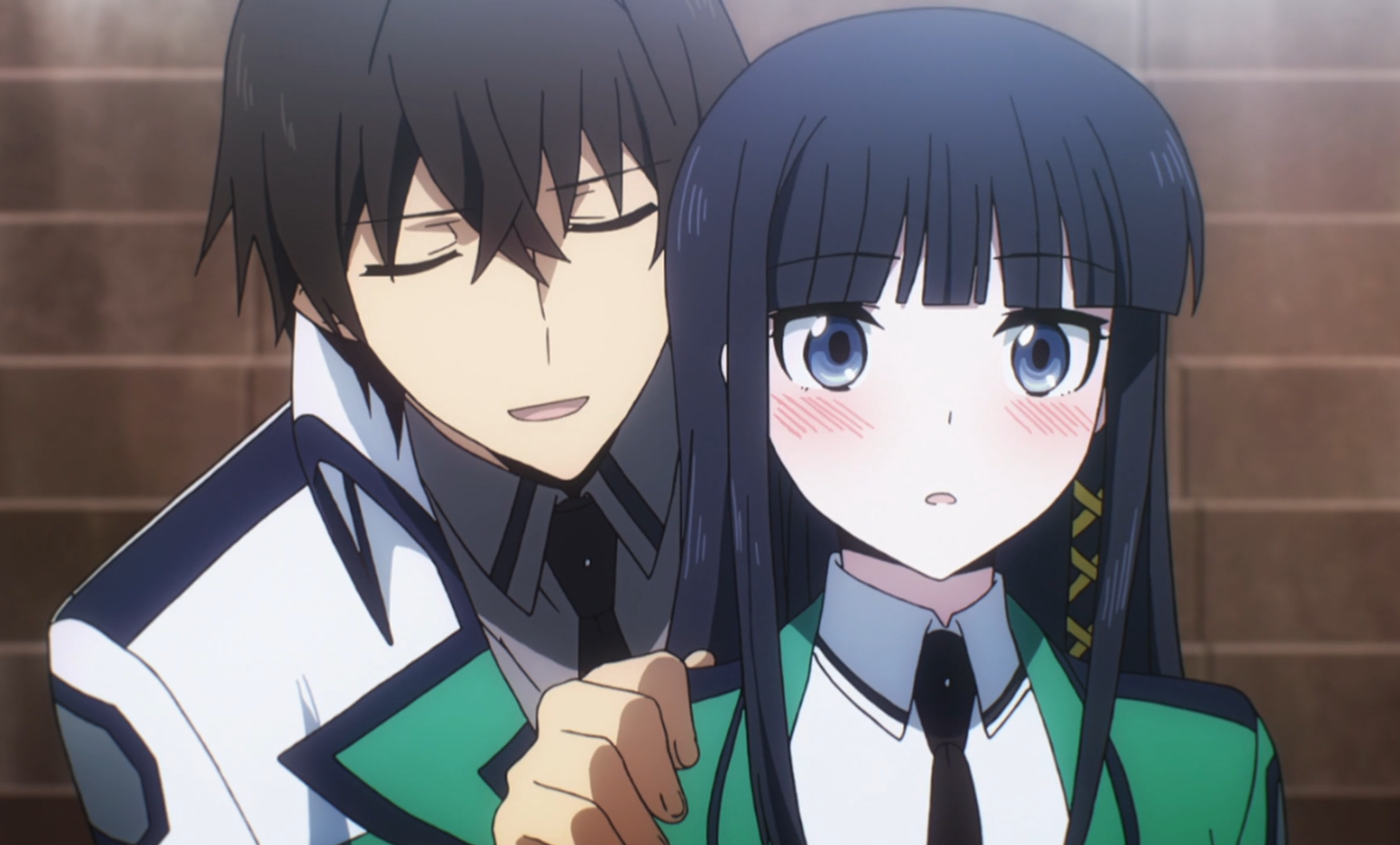 Now, I do have a few concerns about the romance. As can be expected in an anime, the romance is very skewed and unusual. For starters, Tatsuya has a thing for his sister...and his sister seems to have a thing for him. Yeah. Tatsuya's a total siscon and his sister Miyuki is a complete brocon. Throughout the entire anime they act more like "that perfect couple" rather than siblings.

I generally do not enjoy stories with incest, mostly because I have a little sister and the idea of doing anything with her is putrid at best and makes me want to gouge my eyes and puke up my innards at worst. That being said, I still watched this one because, incest aside, the anime is pretty awesome. 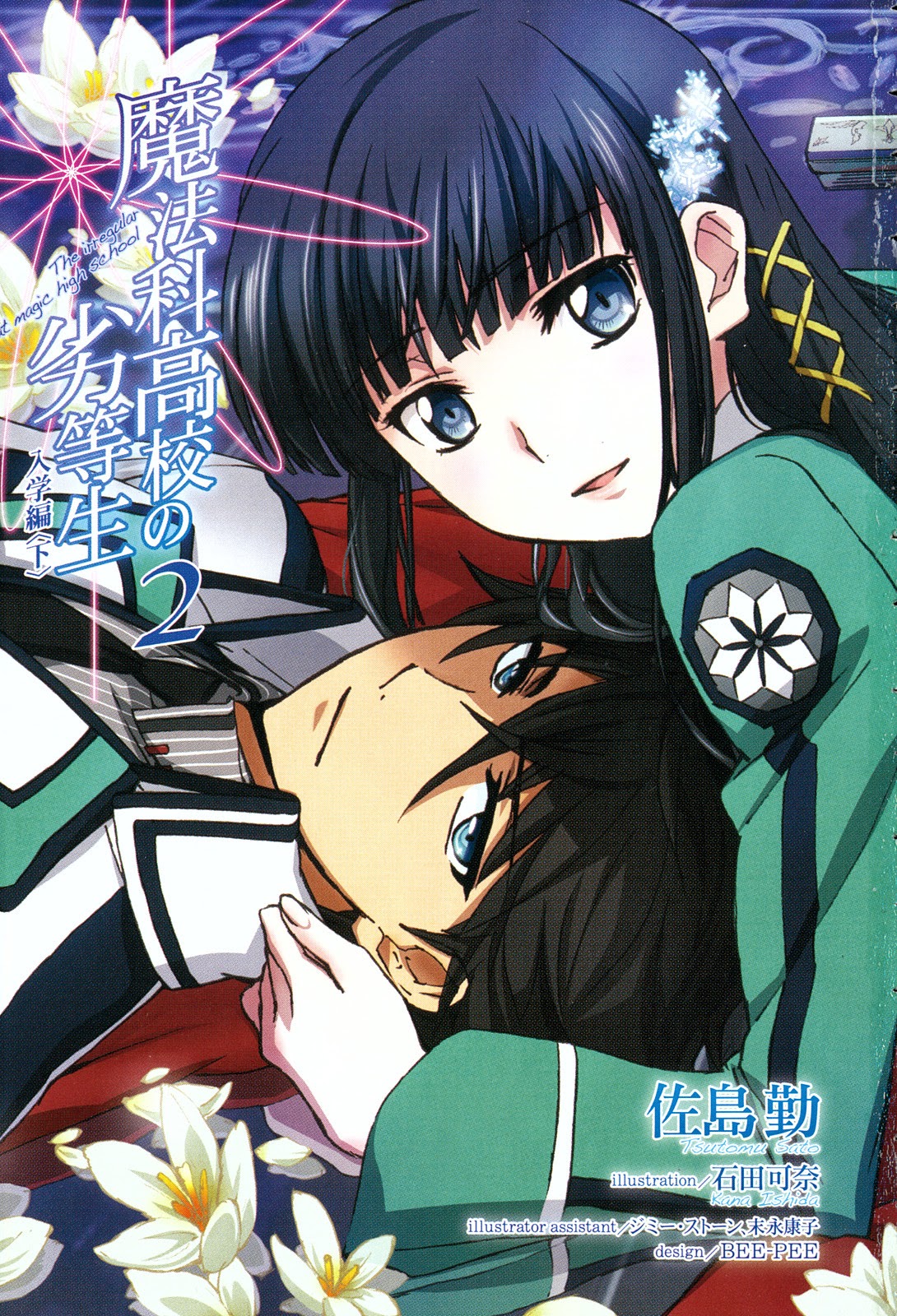 As the story continued I, much to my surprise, began to actually grow used to and even appreciate the odd romantic relationship between the two. I would sometimes even forget they're siblings and find myself rooting for them. I think it helps that they don't really look alike. Tatsuya is tall, has brown hair and blue eyes. And while Miyuki also as blue eyes, she is shorter, willowy, and has much paler skin along with blue hair. It probably also helps that she's rather pretty as far as anime characters go. Sure, she doesn't have the huge knockers you'd see on Rias Gremory or someone from High School of the Dead, but that hardly detracts from her appearance.

Overall, I would definitely give this anime some high ratings. 9/10, with the only reason it's not 10/10 being the awkward incest. If you like action, magic, science, and military-esque high school anime, then you should definitely watch this.
Posted by Unknown at 7:48 AM 11 comments: