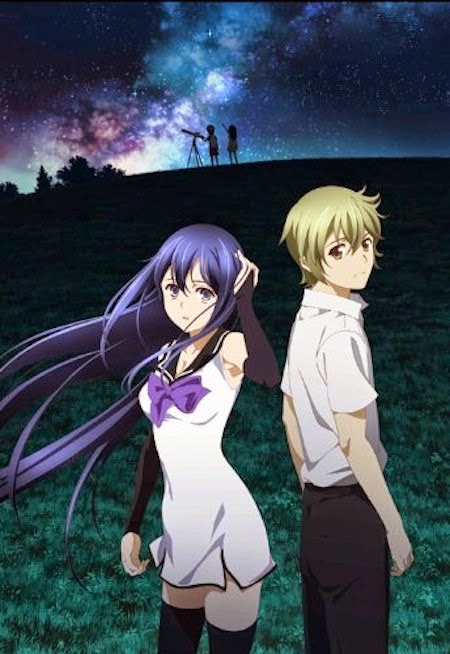 What is there to say about Gokukoku no Brynhildr? It's a story that had some serious potential for awesome, but screwed up when the producer decided that sex was more important than plot.

The story is about Murakami who, as a child, befriended a girl he called Kuroneko (strange name, I know. Just roll with it), who believed in aliens. She insisted that aliens do indeed exist and that she met them. Naturally, no one believed her. Even Murakami was skeptical. One day, she decides to show him the aliens, but an accident occurs and Kuroneko dies while Murakami is left wounded and in the hospital.

As the years go by, Murakami becomes obsessed with finding proof of the existence of aliens, all because of a promise he made with Kuroneko. Now a student in high school, Murakami is highly intelligent and the only member of the Astonomy Club. He lives a mostly normal life, until one day, a girl who looks like an older, hotter version of Kuroneko arrives at school. Her name: Kuroha Neko... 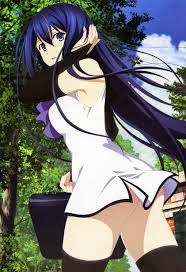 So let's talk about the story itself. This story has some very good qualities to it that led me to watching the entire season. I think what I like most about this anime is the plot. It starts off with this great mystery story about the existence of aliens, and then adds a sort of supernatural twist to it. The plot itself has some nice twists and turns that kept me watching and I did enjoy a good deal of the series. 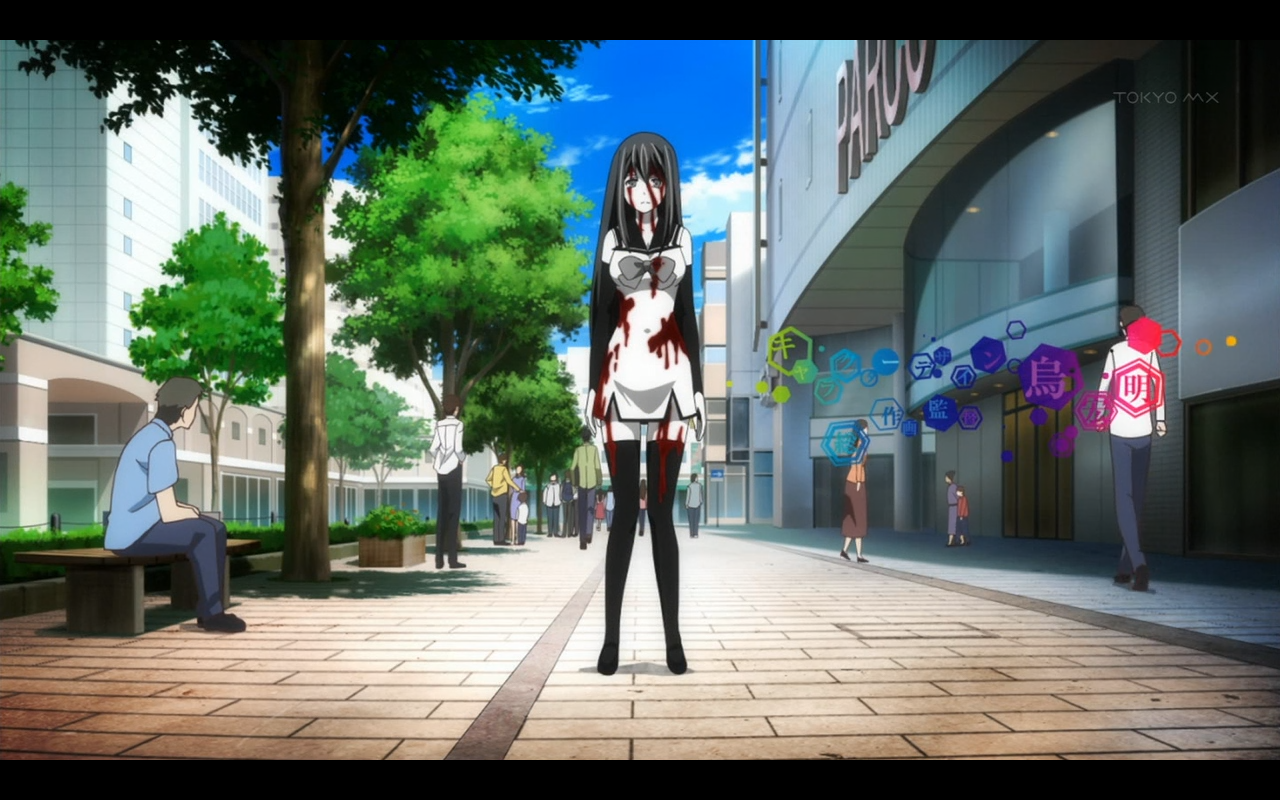 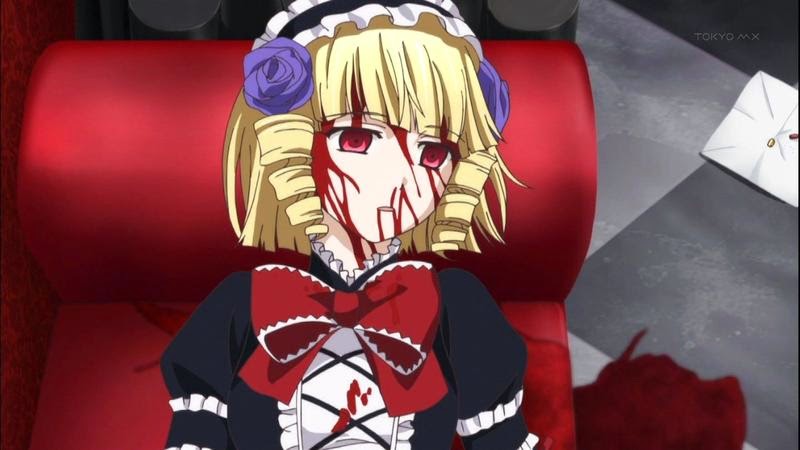 The second thing I actually enjoyed about this anime was the violence. Unlike most anime that never have more than maybe a single trail of blood running down a persons face, Gokukoku no Brynhildr is packed with blood and gore, as expected from the same person who created Elfen Lied. They don't shy away from brutality and violence. And while I generally dislike violence, in this anime, I feel that it surprisingly fits.

And of course, there are plot reasons for why this anime has so much violence. Much of the cast in this anime are witches. No. These aren't your lotions and potions kind of witch. These witches are the product of science. They were given incredible abilities, but, like all great power, theirs comes with a price. You see, in order to survive, these witches need to take a pill that keeps them from dying. If they don't take one within 24 hours, they melt, and it's pretty ugly to witness. 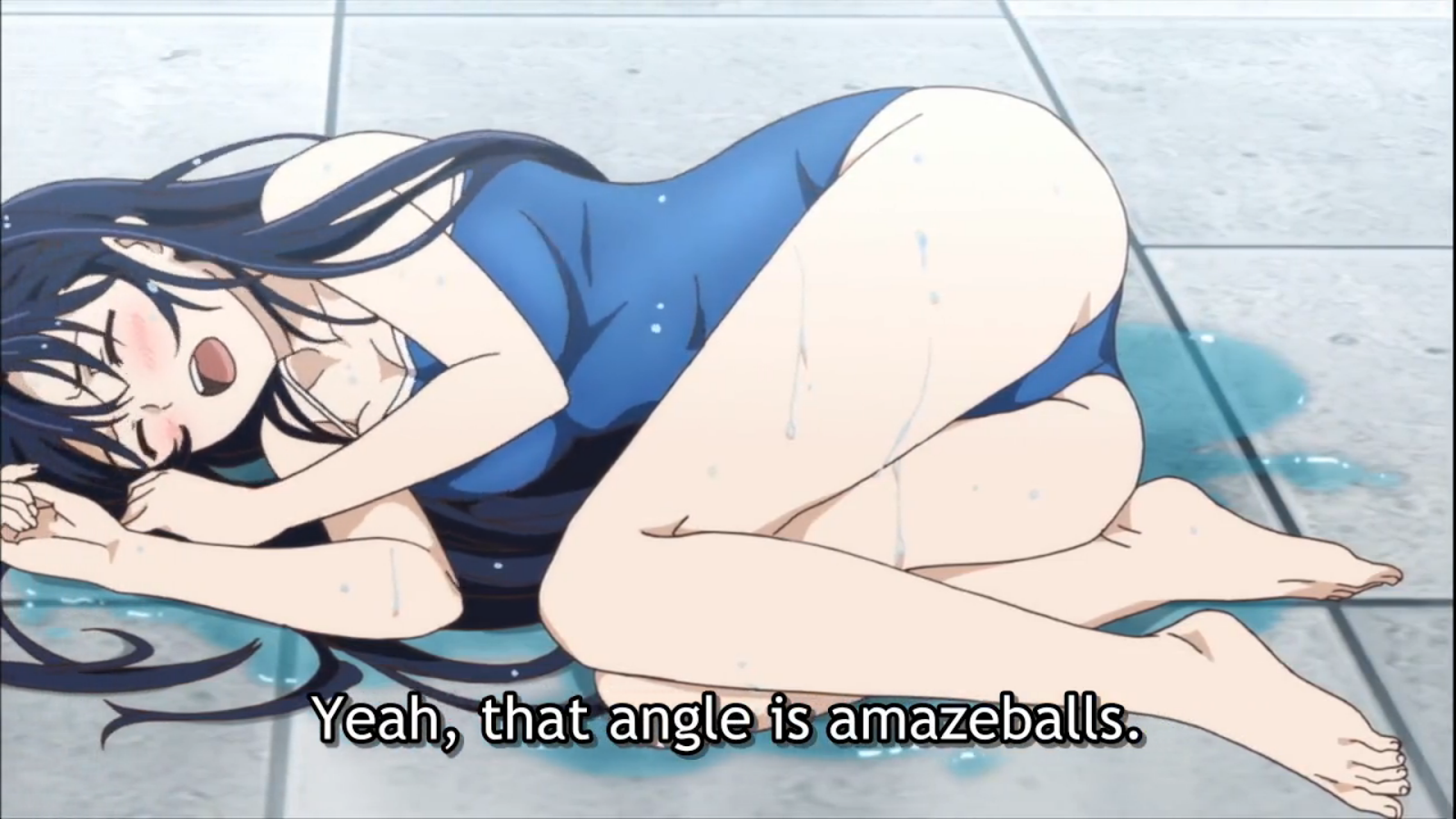 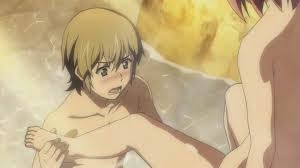 Now, here is where I find myself conflicted: the ecchi fanservice of a harem anime. On the one hand, harem anime have become insanely popular because, well, what hot-blooded male wouldn't want a bevy of beautiful women at his beck and call? On the other hand, I would like, just once, to see an anime with an actual romance that isn't a harem. Don't get me wrong, I am a fan of ecchi fanservices as much as the next guy, and despite how I feel the ecchiness in this anime feels disjointed and at times takes away from the plot, I did enjoy the awkward erotic moments. Unfortunately, I don't really think it worked in this anime. For one, the story starts off with this really dark and serious quality to it, as you would expect from any horror/suspense. However, as the anime goes on, the story changes from dark and serious to what feels almost like a light-hearted harem comedy. It then proceeds to randomly switch between the two, making it impossible for you to take the serious moments serious. How can you when you've got random boob groping in the middle of the anime?

I can sort of understand why this anime went harem, unlike most. Every girl in the cast is a witch with a horrible sob story, and with the constant threat of death looming over their shoulders, they would naturally want to live as normal a life as possible. This includes finding someone to love. And since Murakami is the only male who knows their secret, accepts them unconditionally, and is a generally nice guy, they all end up clinging to him.

Of course, doing this takes away from the romance, delegating what could have been amazing romantic development between Murakami and Kuroha to the backseat. But hey. Sometimes you've got to make sacrifices if you want some good T&A, right? Right. 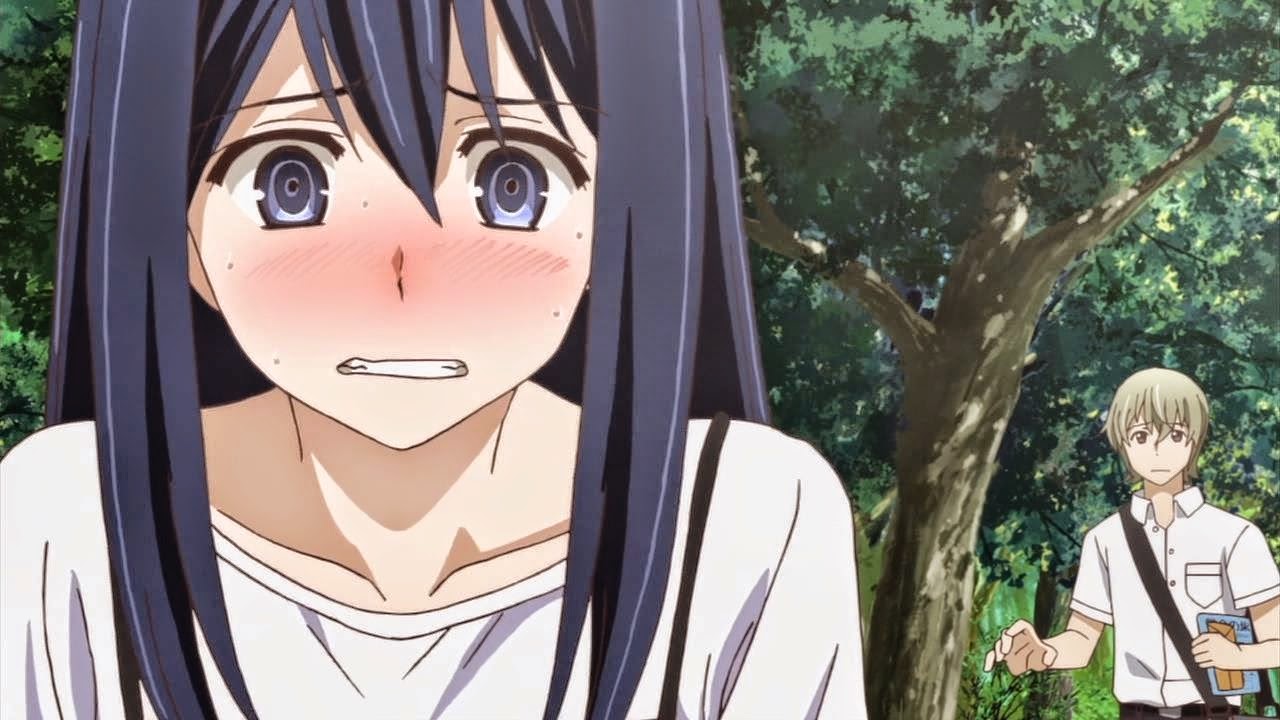 Character development is another place where I take issue with this story. When the anime first starts out, the main character is actually kinda cool. He's smart, he's determined, he has photographic memory, and he can come up with incredibly insane plans that are surprisingly effective. However, as the story progresses, Murakami goes from potential badass to That Guy. Yes. That Guy. You know the one. He's in, like, every single harem anime on the planet. He's That Guy who is extremely caring and willing to protect at the cost of his life, but generally winds up needing to be saved by everyone else. He also gets easily embarrassed by ecchi things, which happen a lot.

The other characters don't have a whole lot going for them either. I think this is, in part, due to the anime only having twelve episodes and at least half of those episodes focusing on fanservice. The characters themselves all have the potential to be incredibly complex and dynamic people with their own back stories and personal issues, but never get the chance to really grow and develop because the producer decided that sex would sell better than good character development. It doesn't help that one of the witches became a literal Deus Ex Machina at the end of the series.

I know what you guys are thinking. Brandon, if there's so much wrong with this anime, then why do you love it so much?

Aside from the fact that I just love anime and will watch anything at least once (I even watched Kanoken, horrible show that it was), I believe this anime is one of my favorites simply because it's a Guilty Pleasure that had the potential to be something truly amazing. It has dark moments, it has light moments, it has ecchi, and...boobs. Yes, these components don't always go together, but for some reason, despite its discontinuity, I still enjoyed the series.

On average, I would probably rate this anime a 5.5/10 because despite my enjoyment of it, there were a lot of things wrong with it. It lacked any real character development, the pacing was screwy, the MC started off with potential before getting turned into a harem protagonist, and the ending had me literally facepalming. While I would give this anime my personal recommendation to people who want a little Guilty Pleasure, for people who want to really get into the story and understand the more complex plots and deeper character development, I would recommend reading the manga.
Posted by Unknown at 1:11 PM 11 comments: