Nurarihyon: Rise of the Yokai Clan 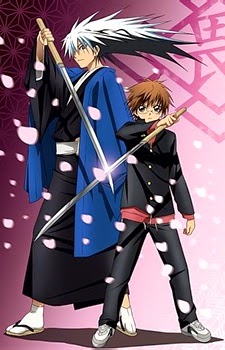 Nurarihyon: Rise of the Yokai Clan or Nurarihyon no Mago is probably one of my favorite anime to come out in recent years. While there are some aspects of this story that I don't like, I feel it is one of the few anime where the good entirely outweighs the bad. 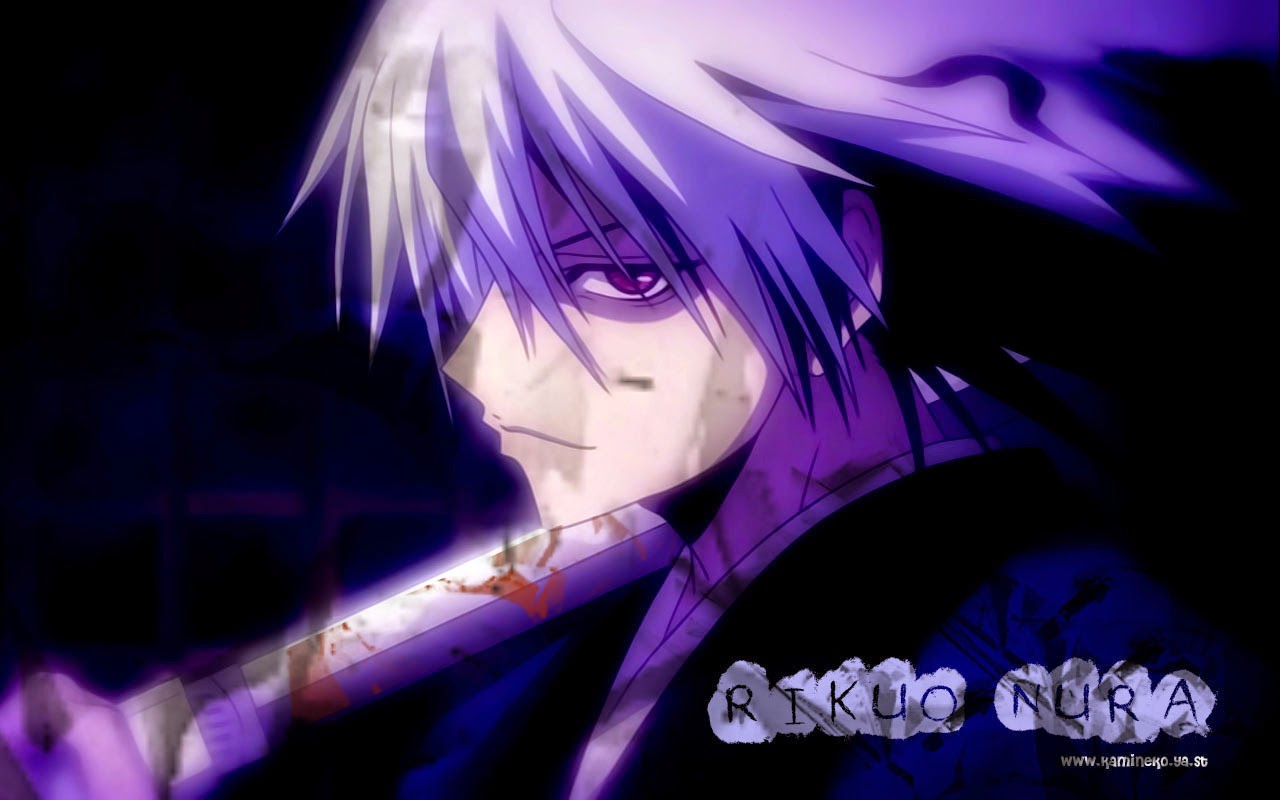 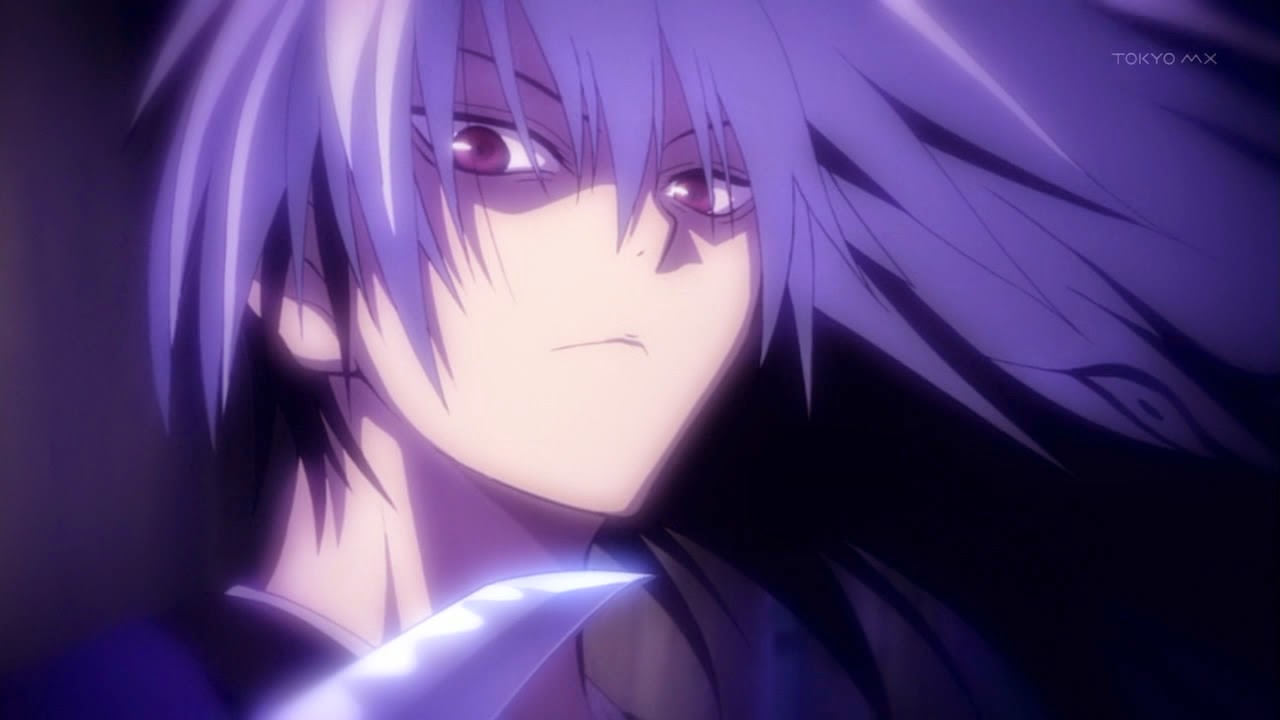 With two seasons, each one containing about twenty-six episodes, Nurarihyon is an anime that has a slow start. While some people might not like this, I actually enjoyed how slow the pace was. It gave us time to really take in the characters and the setting. We learn about the main character, Rikuou, a young 12-year old boy who is only one-fourth Yokai and three-fourths human, and how he doesn't want to be a Yokai. Or at least his human side does not wish to become the Lord of Pandemonium.

Most of the entire first season centers around this conflict of Rikuou not wanting to become the third head of the Nura clan. There's a lot of character development and you get to really see how Rikuou interacts with his friends, as well as the Yokai who live at his house. Of course, there are also some badass fight scenes, as expected of a Shonen anime dealing with supernatural forces such as Yokai. I think what I enjoyed the most about Nurarihyon, aside from the story and action, was the character development. While most anime tend to skim over the personal development of their characters, this anime does not. You get to really see all of the different characters: how they act, how they grow and develop. Each character is actually pretty unique, using a combination of archetypes and tropes as opposed to sticking characters into a single archetype. A perfect example is Rikuou himself. He wants to live a normal human life, but during the night, Rikuou's Yokai form takes over and is determined to become the next head of the Nura Clan. His human form is kind and caring and compassionate, while his Yokai form is strong and confident and inspires "fear" among his allies, which lead many to join him and become a part of his Night Parade of 100 Demons.

I actually find Rikuou's character refreshing. Unlike most Shonen heroes, who are either Punks that are always looking for a fight (Yusuke and Ichigo), or dumber than a box of rocks (Son Goku, Luffy, and Naruto), Rikuou is almost normal. He goes to school, spends time with his friends and just does what every middle schooler does. You can really relate to him as a person, especially with the problem that he faces in the first series of trying to decide whether he wants to shoulder the burden of being the third Head to a clan of Yokai, or remain a normal human and watch as the entire system falls apart without you. His struggle is something that I think all people can relate to, if on a slightly smaller scale. Another aspect that I find fascinating about this anime is the power that Yokai wield. It's called Osore, a term that denotes the unique skills and traits of each Yokai. It refers to the fear of the unknown, an emotional reaction produced when Yokai represent themselves as monsters. It is especially important for leaders who wish to draw together gangs of Yokai. There are many different types of fear depending on the type of Yokai. A Yuki-Onna's fear, for example, is power over ice. Fear also plays an important role in battles between Yokai, in which they must inspire fear in one another to gain the upper-hand. It's an interesting concept, and one of the more unique powers among Shonen manga. 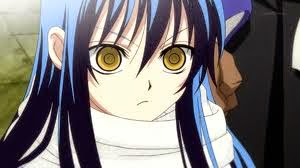 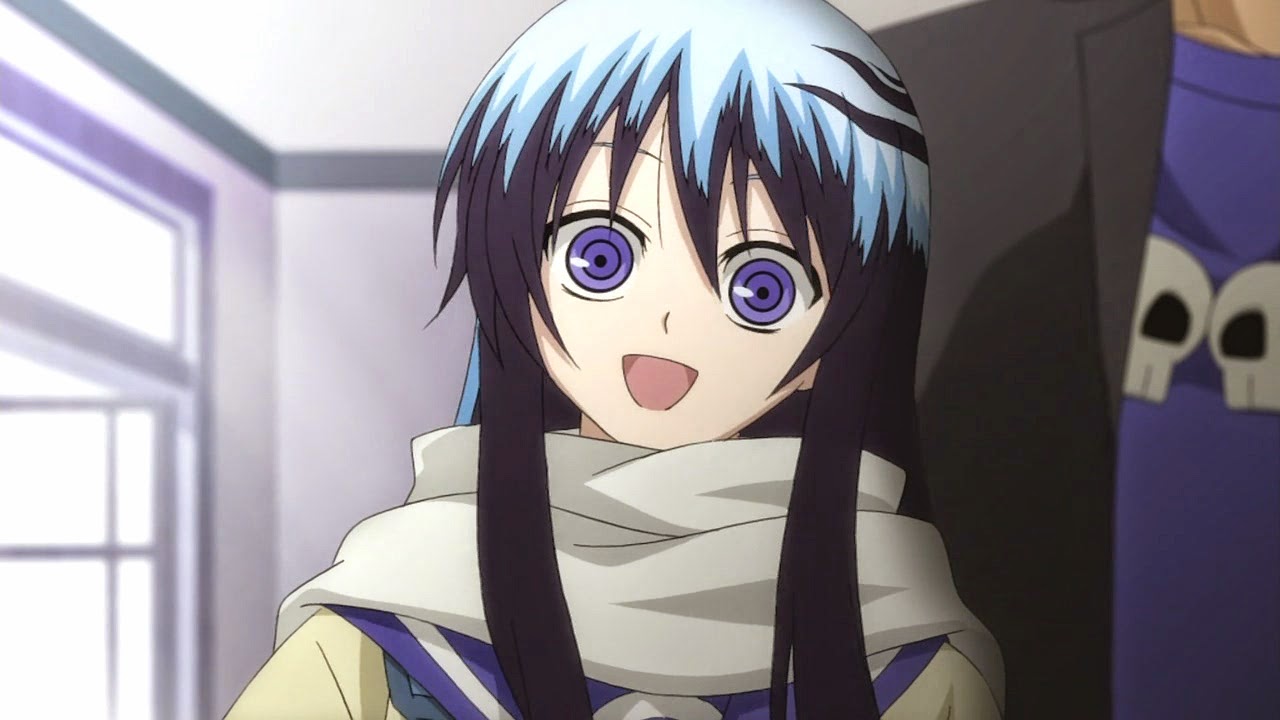 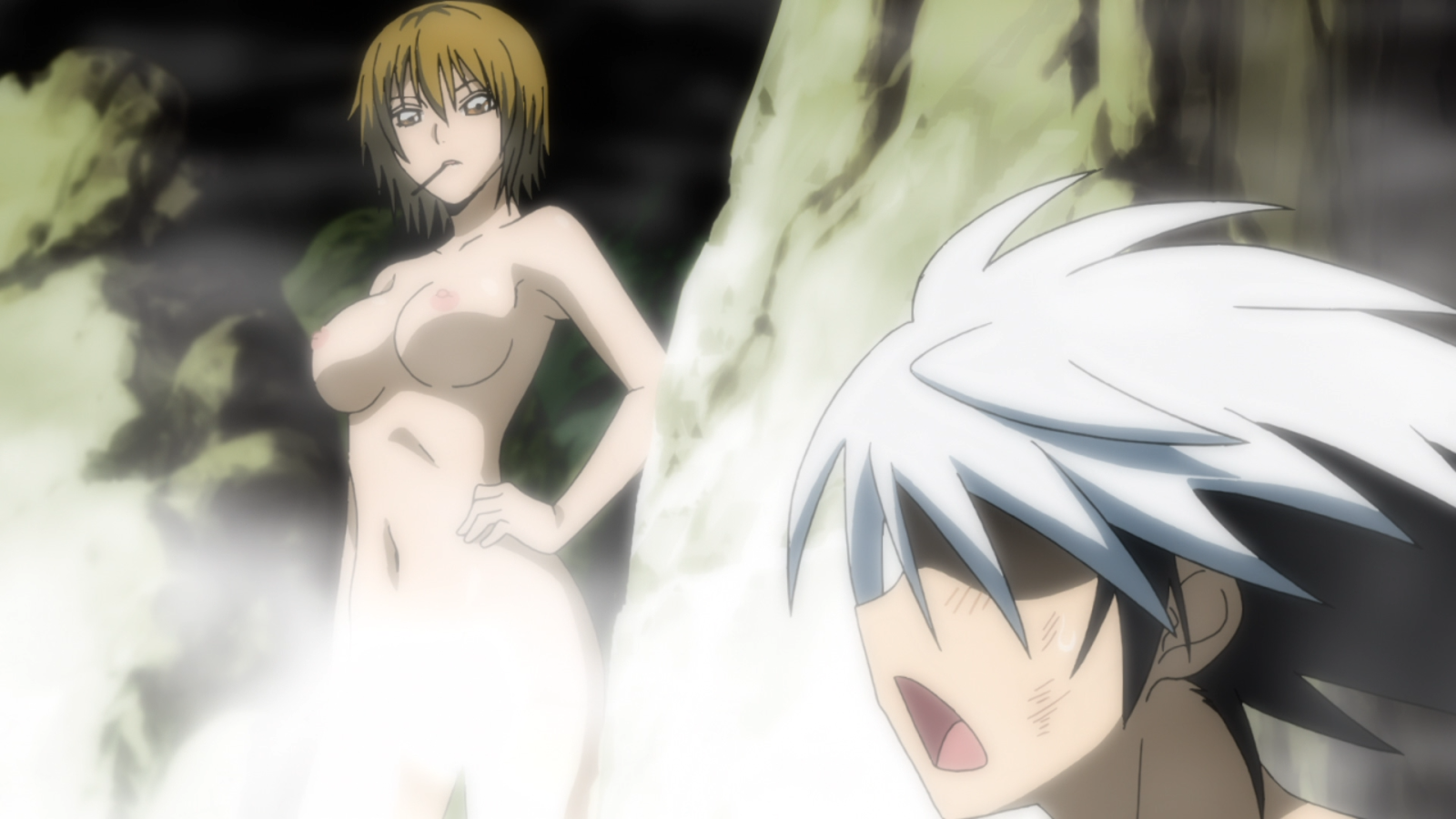 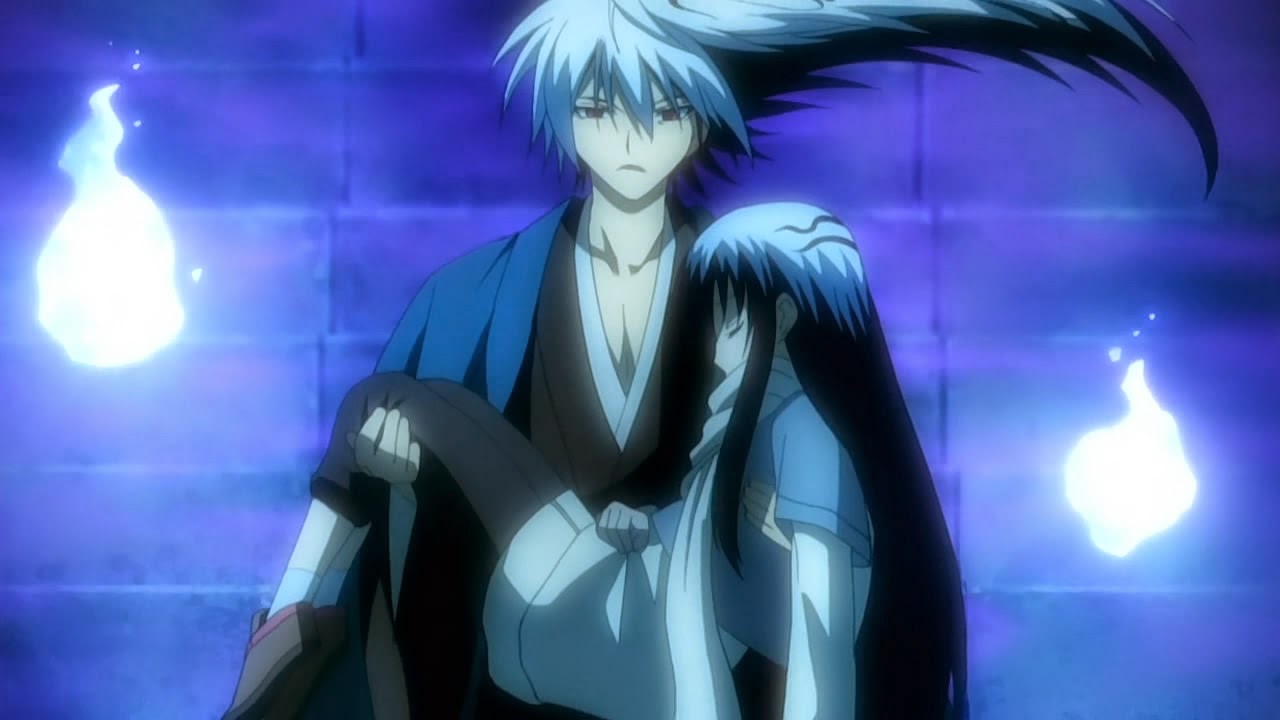 Aside from the story and the character development, I also love the artwork. Nurarihyon has some of the most beautiful artwork I've seen. The characters look unique, which is difficult among an art-style where all characters are defined by large eyes and small noses. The music composition is also nice. Not as good as some of the anime I've watched, but certainly not bad, and let's be honest here, chance are, if you're watching this anime, it's not for the music, but the fight scenes, which are impressive. 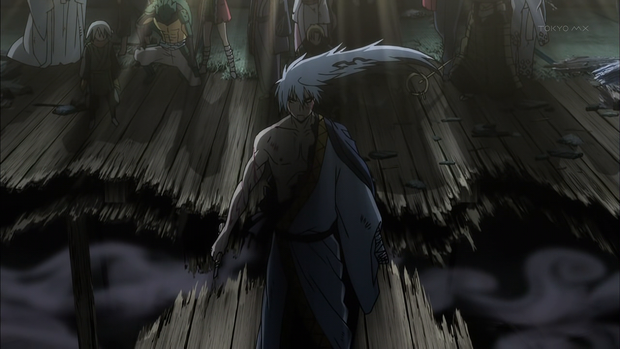 On a whole, I would give this anime a 9/10 rating, with the only reason it gets a 9 instead of 10 being how boring the romance was. Like all anime, this one tries to add some kind of romance between Rikuou and three of the female cast, but it really fails to deliver anything spectacular in that regard, forcing me to drop its overall rating. This is still a great anime to watch, and I would recommend this to anyone who enjoys the anime that have a slower pace and strong focus on developing unique characters.