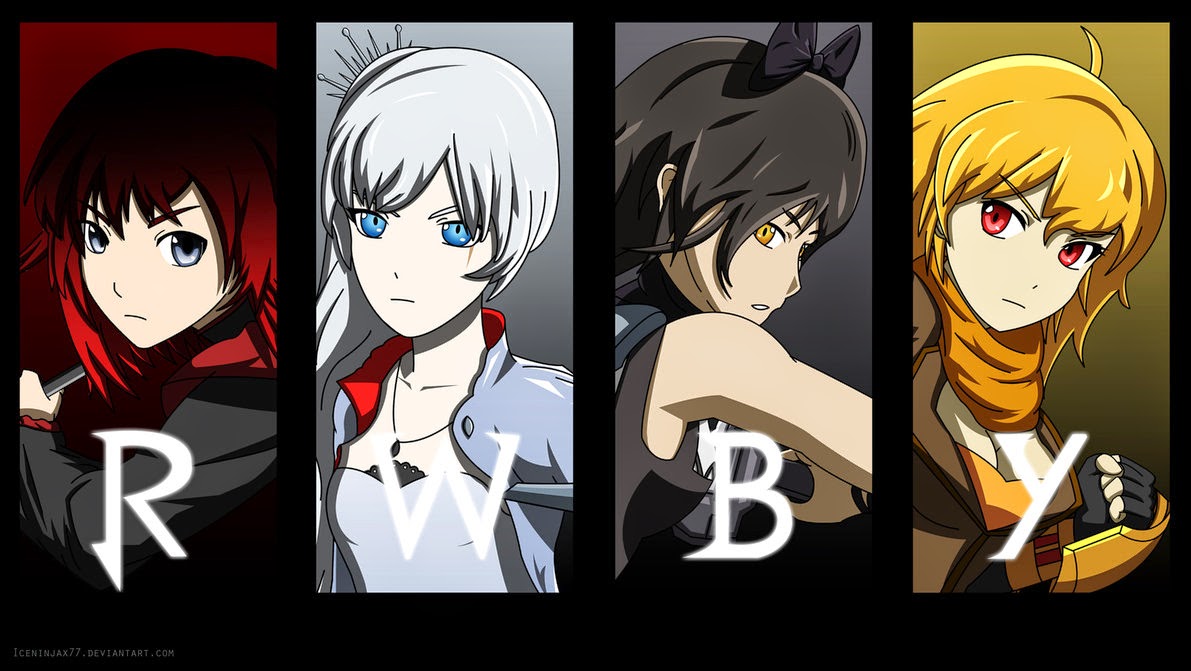 I have decided to change things up a bit here by doing a review on RWBY.

To start things off, I think everyone should know that RWBY is NOT anime. It is produced by Rooster Teeth, a production studio located in Austin Texas, thereby making it impossible for RWBY to be considered anime. It's like how Nickelodeon produced Avatar the Last Airbender.

That being said, I've decided to review this because RWBY has become fairly popular as of recently after having been produced only around a year or so ago.

RWBY takes place in the world of Remnant. A fictional world filled with supernatural monsters known as the Creatures of Grimm. Humanity once fought a battle for their very survival against the Creatures of Grimm, until the discovery of Dust, a mysterious element that grants the people using it special powers. With Dust in hand, they were able to fight back. Those people who use Dust to fight against these powerful monsters are called Hunstmen and Huntresses. 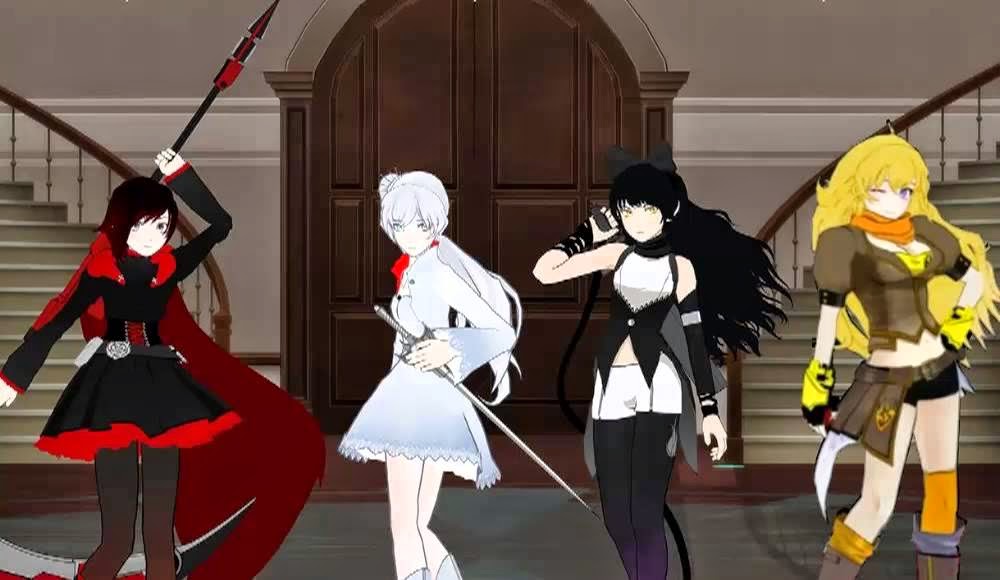 RWBY follows the story of four girls who go to Beacon Academy in the city of Vale and end up forming a team called, yes, you guessed it, RWBY. There are a lot of good aspects about this animation, but also a number of poor aspects that detract from the overall story. 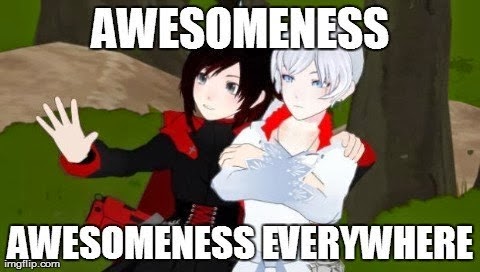 While a number of people disliked the very simple art-style used, I actually enjoyed the basic cell-shaded style. It gives it a sort of anime-ish feel to it, and it's not like the models were terrible. Just simple and very basic. That being said, there is a bit of a problem with the art sometimes, like when they try to give Ruby Rose, the main character, Swirly eyes. They just don't look as good here as they would in an actual anime because everything is modeled in 3D. So sometimes the art appears tacky and aesthetically lacking. That being said, I still enjoyed the style.

The muscial composition was also pretty decent. I enjoyed the rock music they use for the intro and fight scenes. I don't know who made the composition, but it's not bad. 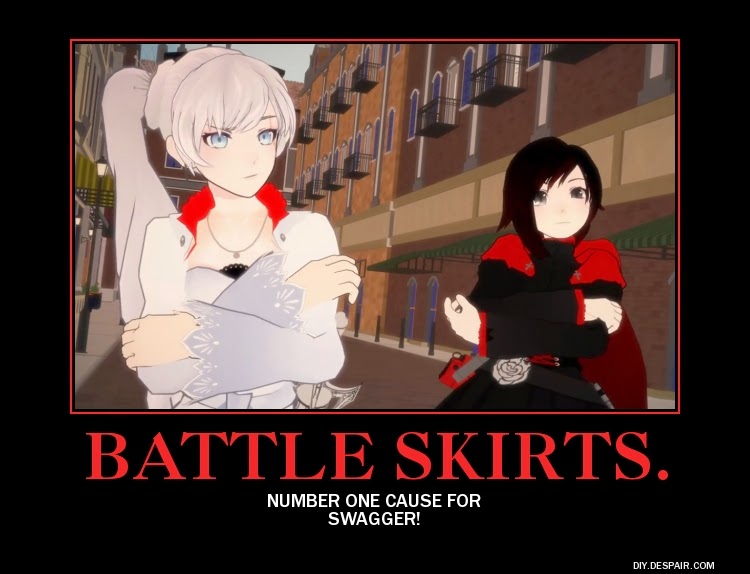 The storyline for RWBY is very, VERY simplistic. This can be both good and bad. While it makes the story easy to follow, it also makes it easier to fall into cliche's. There is a lot about this story that is completely lacking in originality, and while there is a saying that says all stories are just variations of each other. That being said, the general lack of original plot made it incredibly predictable. I was literally able to predict what would happen within the first thirty seconds of each episode, which made it not as enjoyable to watch. 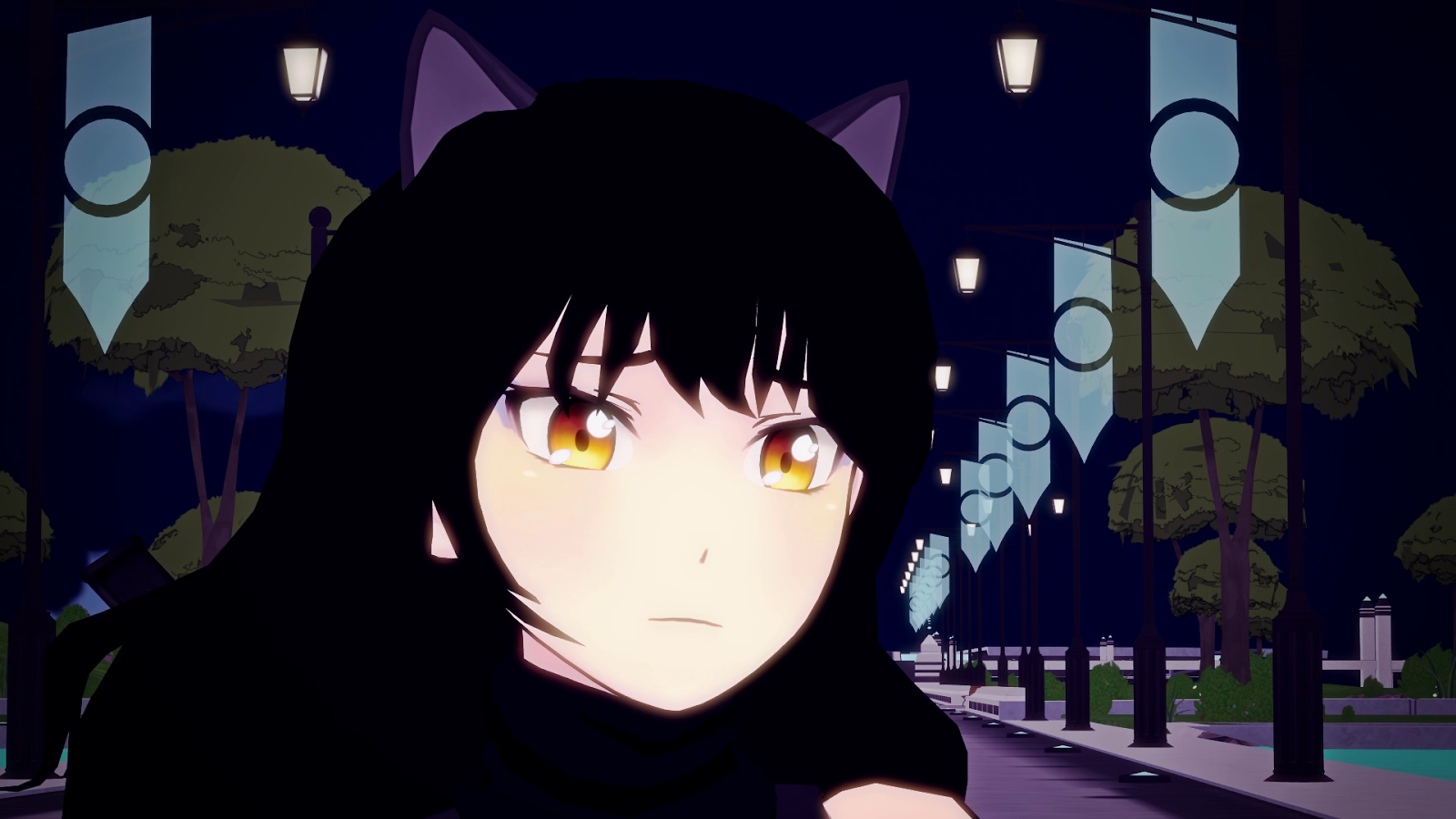 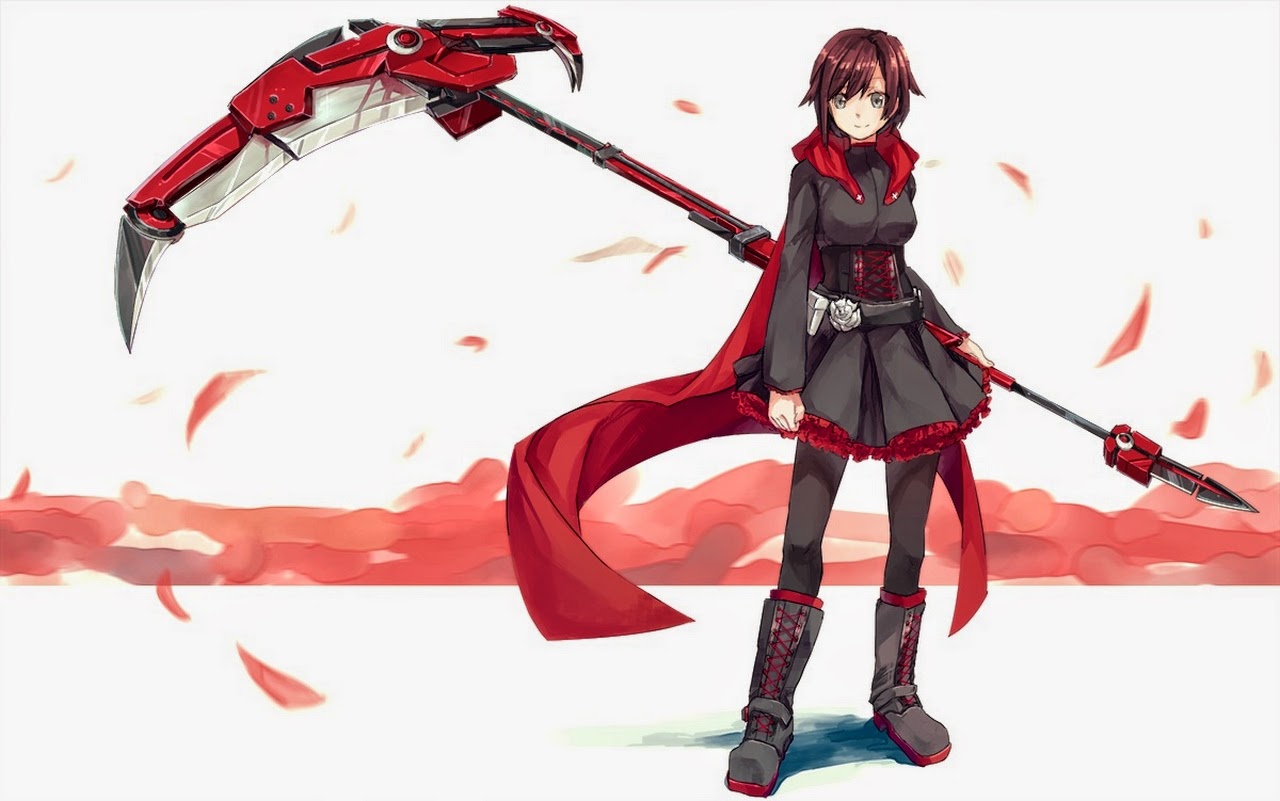 The animation in RWBY is both good and bad. The good part of the animation is, of course, the super awesome fight scenes. All of the fighting is beautifully choreographed and simply incredible to watch. Unfortunately, it sometimes feels like they spent so much time working on the fight scenes that they forgot about everything else. A lot of the animations outside of the fighting are not only simple, but also lacking and makes me almost wonder if they even tried when making them.

My biggest issue was character development. There isn't a lot of it going on here. Surprisingly, the person who seems to get the most character development is actually Jaune Arc, a support character of all things. Blake, one of the four girls that form team RWBY also gets some development near the end, but not enough for me to really become invested in her as a character. I think it would have been better if they focused more on the four main characters and their development rather than side characters. There were a number of times where they could have spent more time and effort developing Ruby, Weiss, Blake and Yang through the use of conflicting morals and personality differences, but didn't, which detracts from the overall story.

The overall flow and pace of the story was alright. I think they might have done better if each episode was the standard 24-minutes long, but considering they were on a low-budget and this is a web show, I think we can excuse them for this.

Overall, I think RWBY is a nice animation with good potential and something fans of fighting will enjoy watching. I give it a general rating of 7.5/10 and recommend it to anyone who doesn't mind the corniness of the dialogue and discontinuity between fight scenes and every other scene.

And now I present to you: The Most Awesome Food Fight Ever!