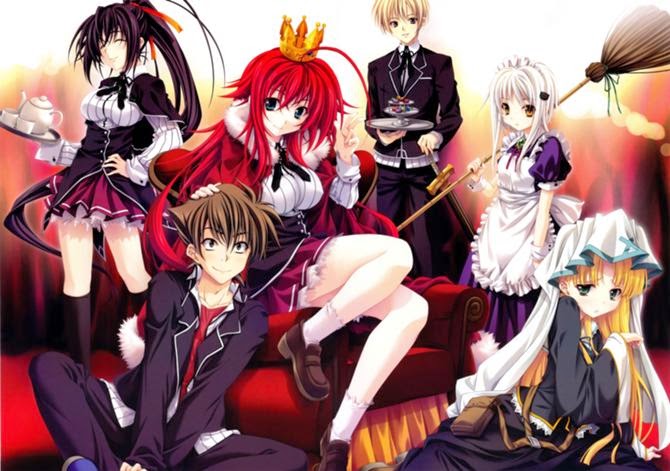 I'm really not sure why I love High School DxD so much...okay, that's a lie. I do know.High School DxD is a story about a young pervert who one day dreams of becoming a Harem King.Unfortunately, he can't get a girlfriend to save his life, and this is in spite of going to a school composed mostly of females. He's just too perverted. All girls know about Issei, the most lecherous existence to have ever graced the planes of the universe.Things look up when he's asked out by a pretty young girl and they go on their first date. Too bad that date also turns out to be the end of him when his girlfriend reveals herself to be a fallen angel and kills him. Good thing for Issei, the bodacious Rias Gremory was in the area and decides to resurrects him as a devil. Now he works for her, but is still determined to become a harem king.The story itself is absolutely ridiculous. When you really stop to think about it, the entire plot, or the parts about Issei and his pervy dreams, is actually kind of stupid. So then, why is this story so enjoyable?A part of is simply because of how dumb the story is. I don't know if this is done on purpose, but the level of perversity in this tale is epic and hilarious. Issei's every waking thought and even his dreaming ones are almost always about boobs. They're like his sole reason for existing. It's just so over the top you can't help but laugh.The plot is also surprisingly good. It's not amazing, but it is actually kind of original, at least from my perspective. I've never seen a story where someone is killed and then reincarnated as a devil to serve under a master. I've read all 18 volumes of this story and absolutely love it.
Posted by Unknown at 4:52 PM 13 comments: 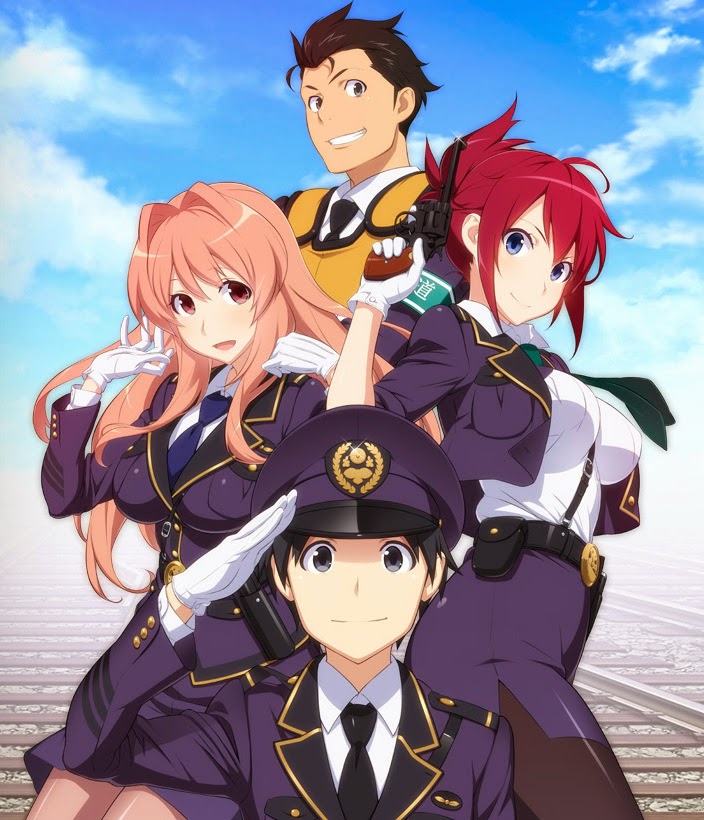 So, what is there to say about Rail Wars! Honestly, it's one of those anime that I was actually really excited about watching because it looked interesting. I mean, really, an anime about trains and train-ride shenanigans? How unique is that? I've seen anime with trains in them, but never anime about trains. This actually, honestly, sounded pretty interesting.

Unfortunately, after watching all 12 episodes of the series, I ended up being phenomenally disappointed.

The first thing you should know about Rail Wars! is that it's not actually about trains. It's about this:

Oh, and some of this too: 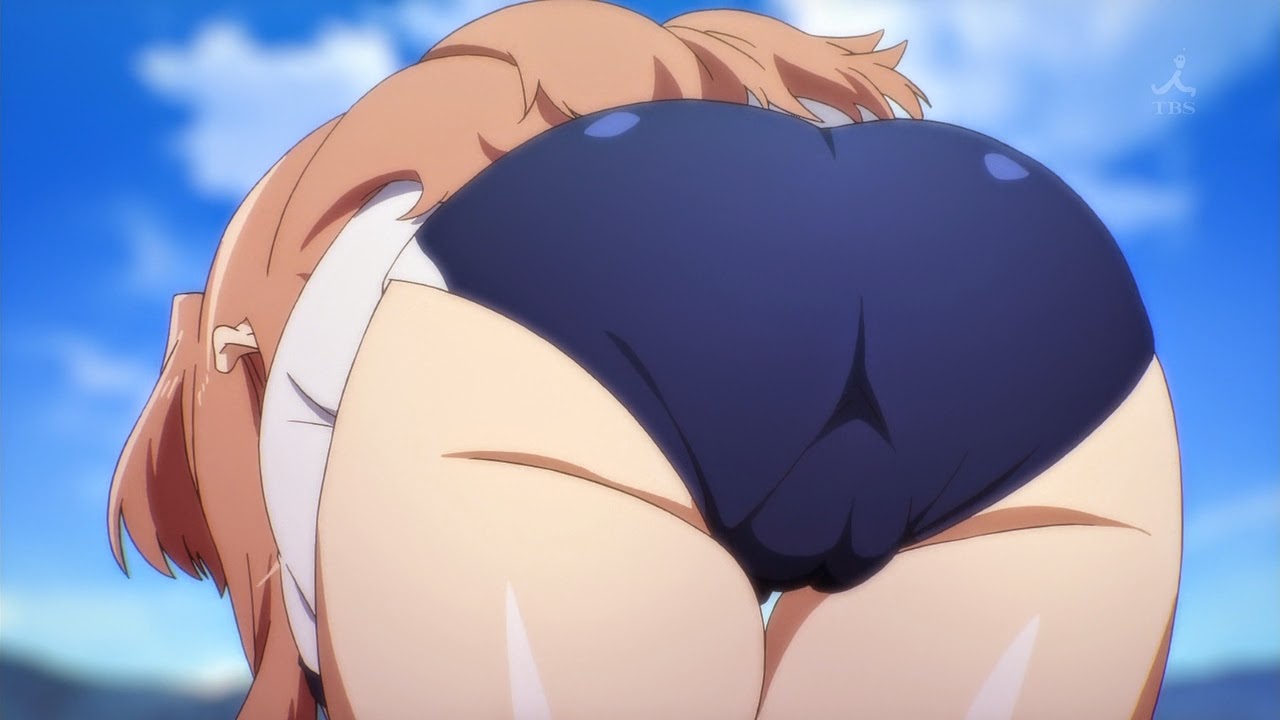 Basically, the entire anime is just one big fan service. Now, I enjoy T&A as much as the next guy, however, I also believe that there is a time and place for fan service. This story, which should have been about trains and the crazy situations a group of security agents get up to while on the job, was so over saturated with fan service and some half-assed attempt at romance that the entire plot was pretty much destroyed.

To top it off, all of the characters are completely forgettable. I finished watching Rail Wars! just last week, and I've already forgotten the names of all the characters. Even the chick you see above with the bouncing boobs and camel toe. I've tried recalling her name, but I can't even remember the first letter her name starts with. That's how uninteresting she and all the other characters are, which is sad because this story had some serious potential for awesome. 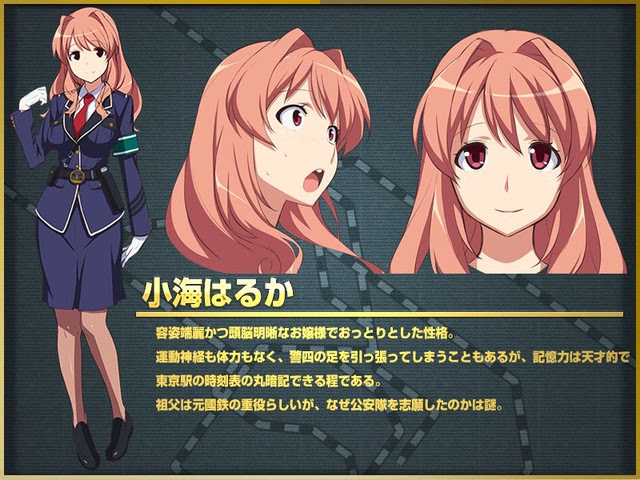 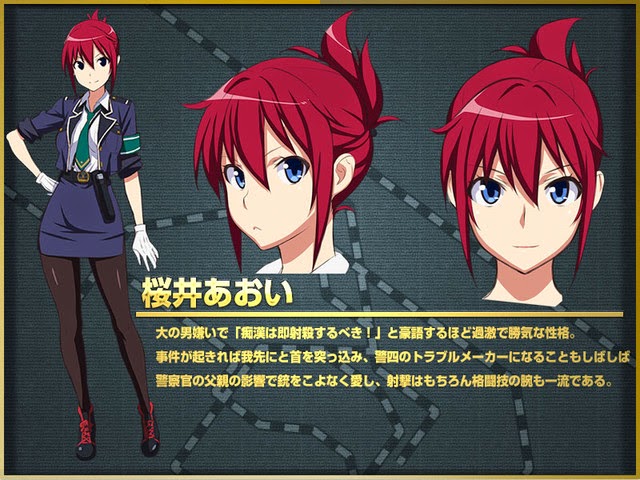 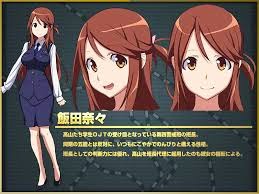 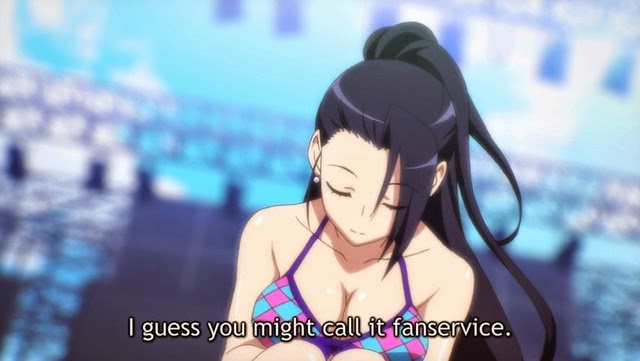 Unfortunately, while the artwork and animation was well-done and the music was interesting, that's all this anime really had going for it. The ridiculous amount of fan service pretty much smothered the plot into oblivion, the harem-style romance was so half-assed I didn't even care that the main character was so dull and boring I couldn't be bothered to remember his name, and the female cast are really just stereotypes with a pretty face slapped onto them.

It is for this reason that I am giving this anime a 4.5/10. Had this story developed its characters personalities a little more and focused more on the plot and less on the, well, Massive Plot, it would have been much better.
Posted by Unknown at 8:35 AM 4 comments: