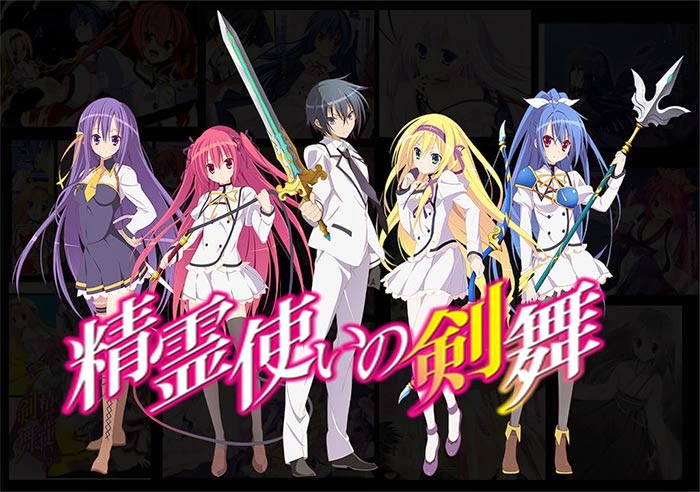 I hope you guys appreciate what I do here. Honestly, if it weren't for my desire to help you find good anime and avoid anime, I would have never subjected myself to the torture of watching anime like this. Seirei Tsukai no Blade Dance or Bladedance of Elementelars is quite possible the blandest anime I've ever seen.

Seirei Tsukai no Blade Dance takes the cliche'd Magical High School trope and runs it into the ground. Basically, the main character, Kamito, is the only male who can make contracts with spirits. He gets sent to what amounts to an all-girls academy where he meets the members of his harem, including Tsundere female #1, Tsundere Female #2, Tsundere-ish Female #3, the Kuudere and the Himedere. Now, I am sure you're all wondering why I'm giving them tropes instead of names. That's because these characters are tropes. They literally have no personality beyond their trope. What's worse is that each girl has a tragic past that's almost identical to the other 5 girls, making it impossible to differentiate between any of them. I literally can't even remember their names and I just finished watching this series this week. That is how unmemorable this anime is.

Really, the only thing this story has going for it is the massive amounts of fan service. Like this: 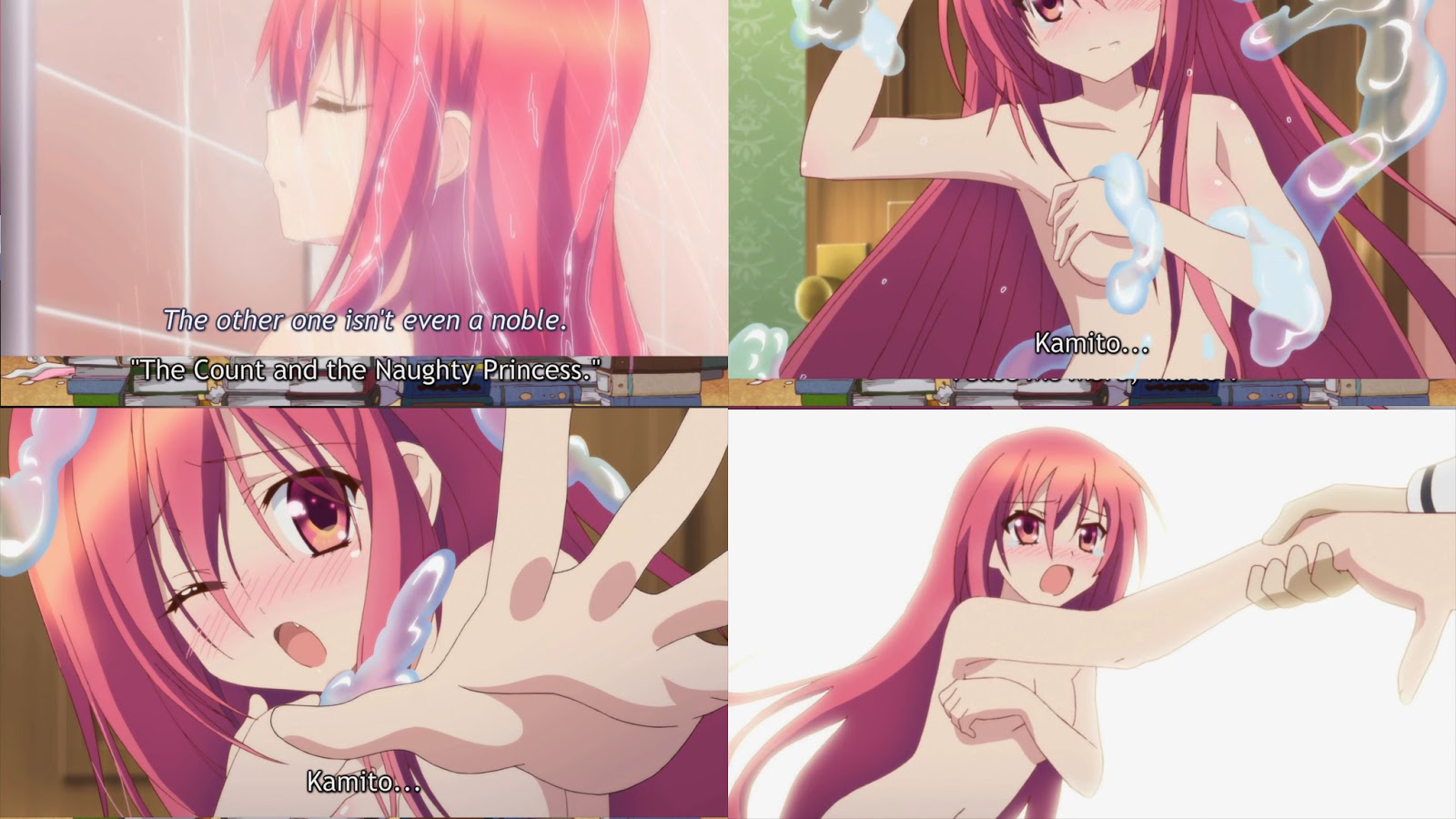 And dear god, let's not forget about this: 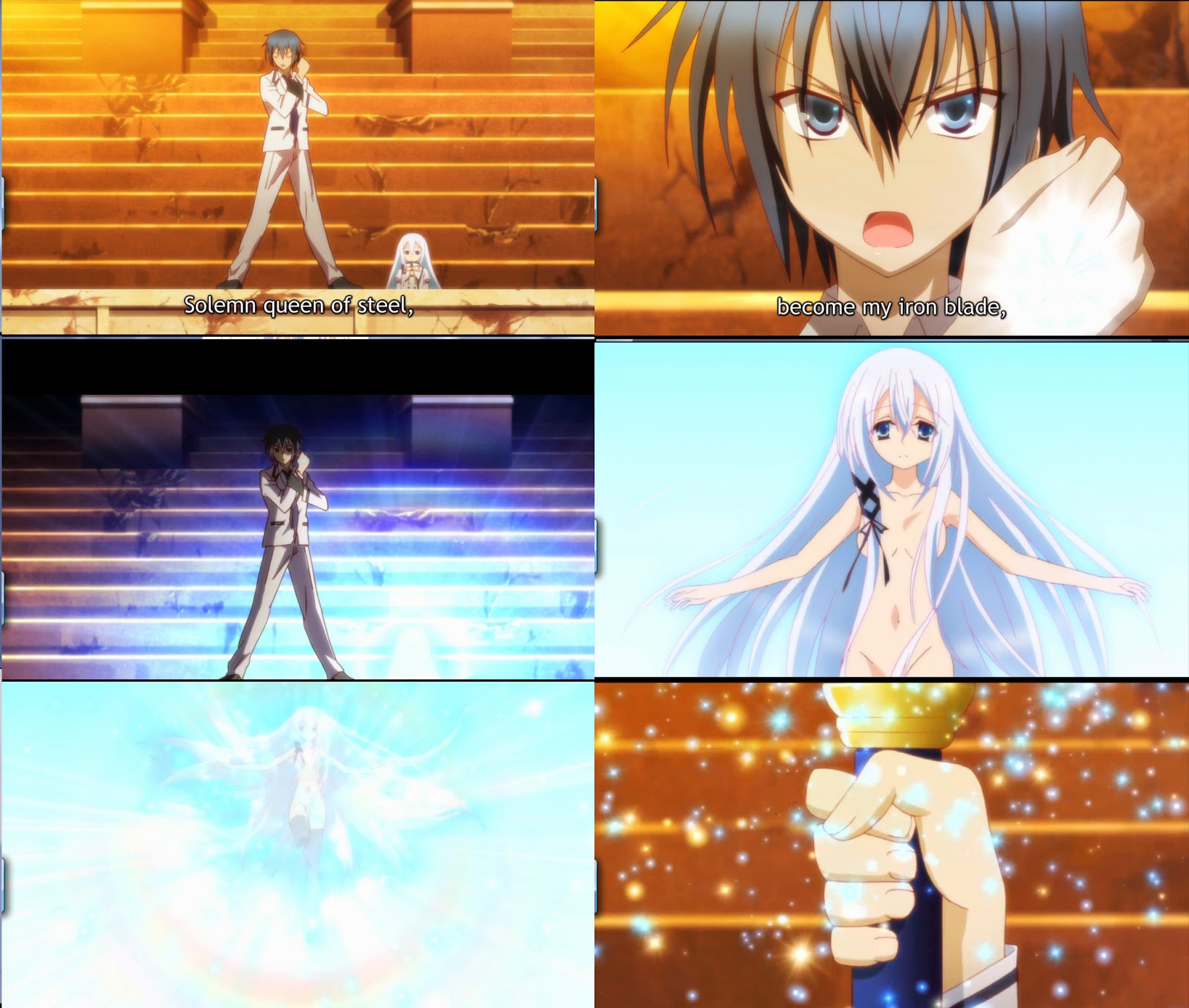 What bothers me about this anime isn't that they have fan service. I love fan service as much as the next hormonal male. My issue is how that's ALL this anime has. It's like they were so concerned about their story being a success with nothing but the story that they decided to shove as much fan service into it as possible, thereby taking most of the story out to make room for the boobs.

I guess my biggest issue with this anime is that I was actually really looking forward to it. I've read the light novels and they're actually really good. The characters are thoughtfully created and actually have a personality outside of Tsundere. Their tragic pasts actually have a purpose and not just to try and draw sympathy from the people watching. Even better, the story actually goes somewhere. Here, I'm not even sure what the story is beyond the fan service. We get bits and pieces of story thrown into the anime at random, but by and large, most of what we see are moments like those pictures I showed you above. Fan service, fan service and more fan service. 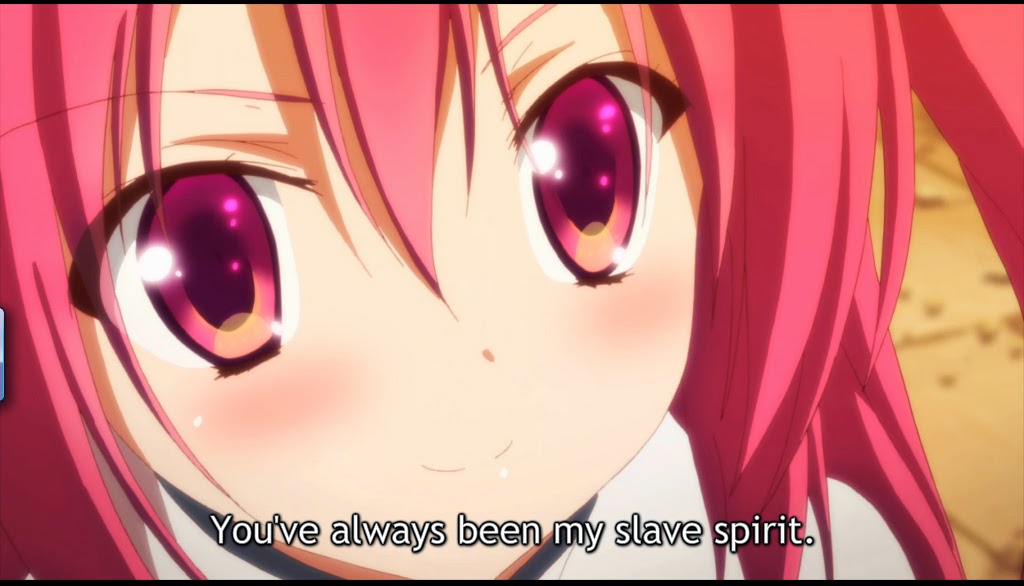 What's worse is that the main love interest is obnoxious. It's not that she's tsundere; I actually like tsundere when they're done right. The problem is she's a tsundere with no saving features. I think the animators tried to make her cute or something, but really, all they did was make her annoying. Her entire purpose seems to gravitate around trying to turn Kamito into her slave spirit, getting jealous when other girls show interest in him and trying to punish Kamito because apparently it's his fault other girls show interest in him. She's basically just one big flanderized tsundere without a hint of anything else. This makes her not only annoying, but also makes her a very flat character.

The others aren't much better. So far, the only character who's gotten any real good development is the Himedere, and she's still so lacking in presence and personality that I can't remember her name.

Overall, this anime gets a 5/10 rating. The only reason I'm not going lower is because despite it's overall blandness and lack of originality, it's not a terrible anime. It has some good points, and if you're into massive amounts of ecchi and fan service then you'll definitely like this. It's just that this anime doesn't have much beyond it's ecchi and fan service.
Posted by Unknown at 10:26 AM 2 comments: