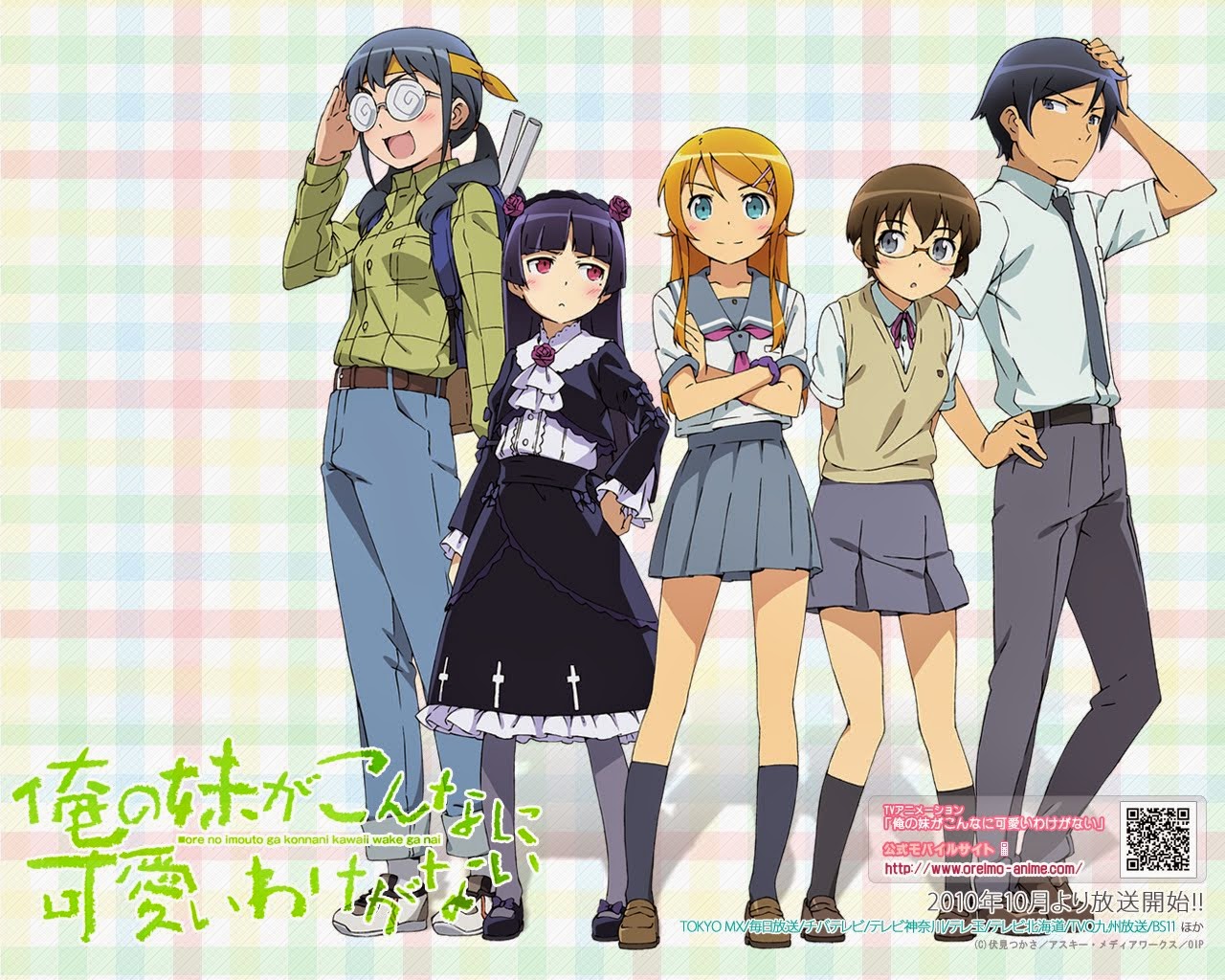 Here's an anime that gets a lot of love and hate. My Little Sister Can't be this Cute or OreImo for short, is an anime about a good-for-nothing brother who discovers his sister is an Otaku with a love of little sister eroge. This anime was... surprisingly good. I'll be honest, I wasn't expecting much of this anime, but for almost the entire two seasons of it, I actually enjoyed watching this a great deal. 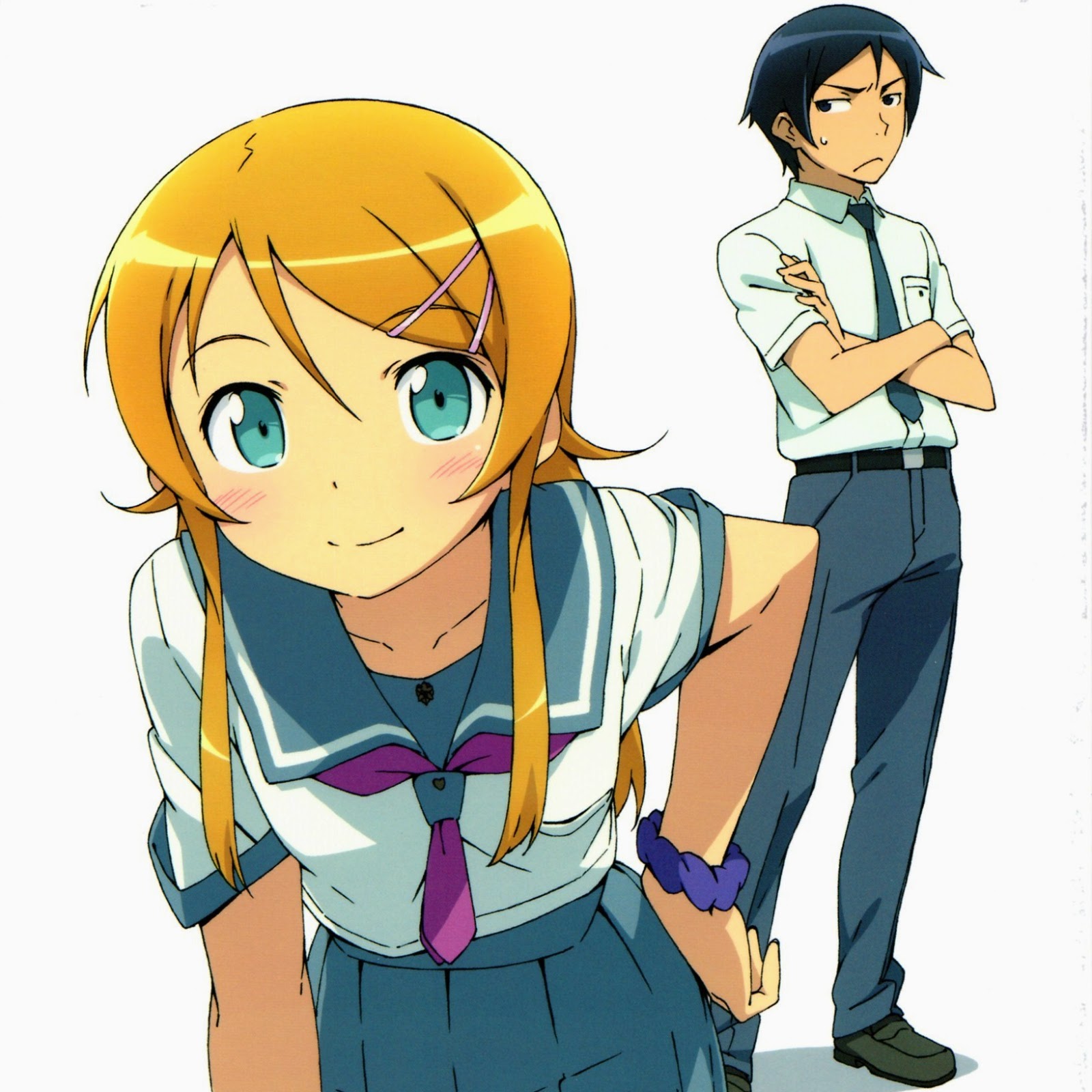 The first thing I enjoyed about OreImo is the glimpse it gives us into otaku culture. Contrary to popular belief in America, Britain and other countries around the world, otaku is a derogatory term in Japan. It's basically an insult to be called otaku. If you're otaku in Japan, people are basically calling you a social outcast with no life outside of your obsession (which can be anything, not just anime).

I love how this aspect of Japanese culture is accurately displayed in this anime, not only making it entertaining, but actually adding a bit of educational value by teaching us foolish foreigners about what it really means to be an otaku. 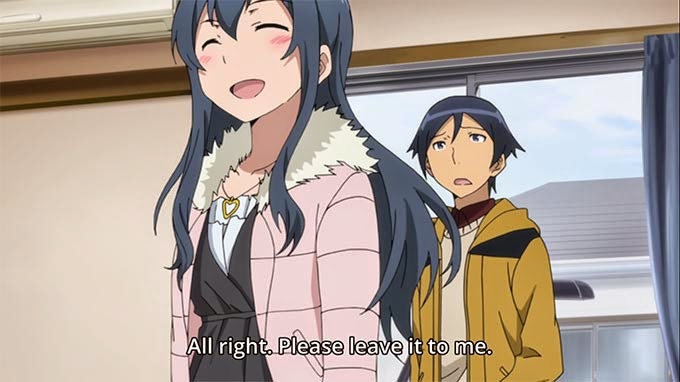 The second thing I enjoyed about this anime was the characters. All of the characters in this anime actually feel like real people, not caricatures of archetypes. Even the tsundere of the group, Kirino Kousaka, feels like a real life person. In fact, I'd say she was the most well-created of the entire cast. I know a lot of people don't like her because she's annoying, belligerent and mean, but that's actually what makes her feel so real. She acts just like an obstinate little sister. 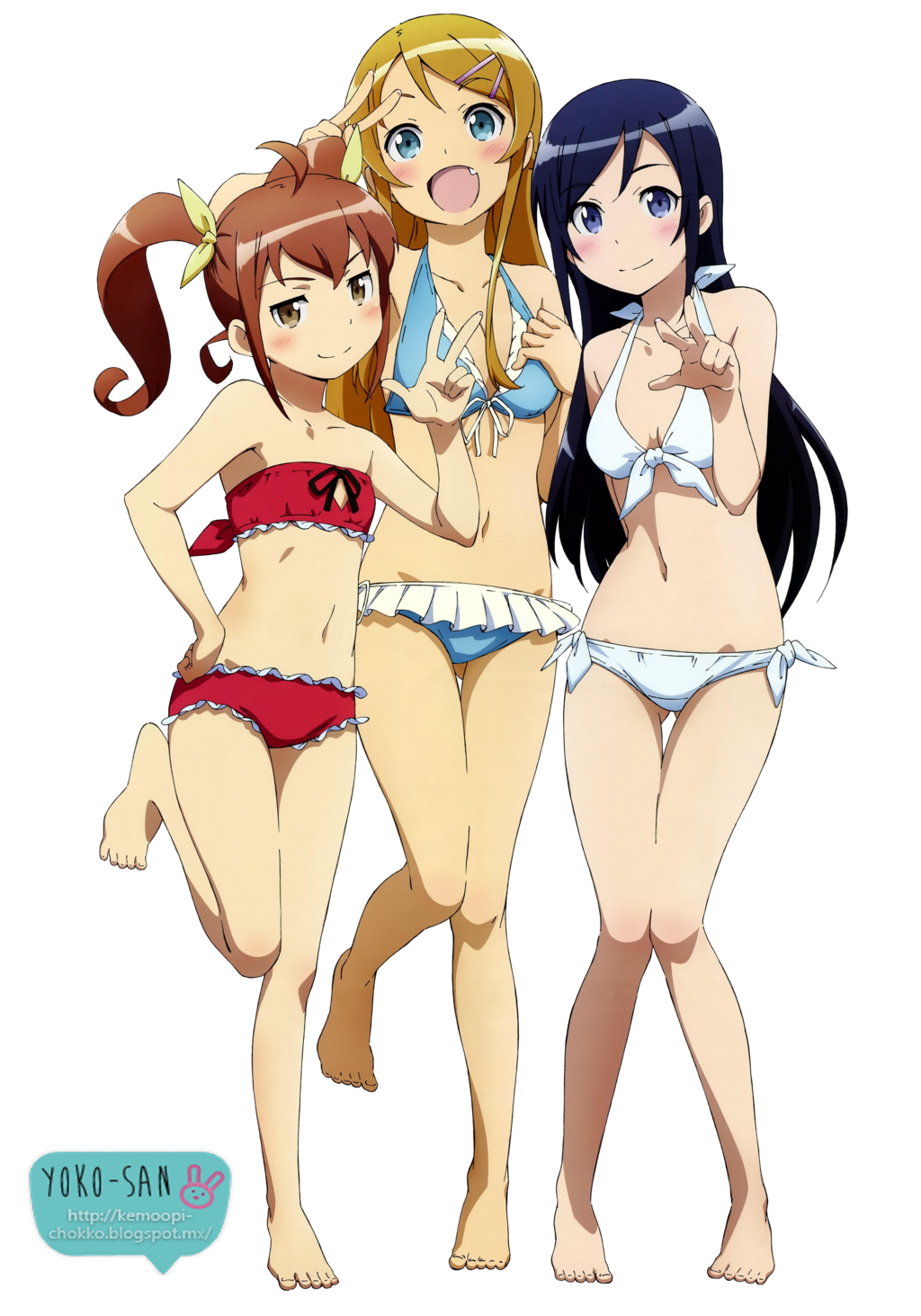 Another well-thought out aspect of this anime was the development between the main character, Kyousuke Kousaka, and the rest of the cast. Unlike most romance/harem genre anime, this one actually takes a more realistic approach to developing relationships. In fact, Kyousuke actually ends up dating one of the characters in the anime, something that you see surprisingly little of, even in romance anime.

One of the things this anime has that few don't is steady progress and development between the main character and the rest of the cast. You actually get to see how they develop further as a result of their interaction and watch them grow and become more mature. It is quite possibly the most enjoyable aspect of the entire anime.

... and the entire anime was butchered with a rusty spork. 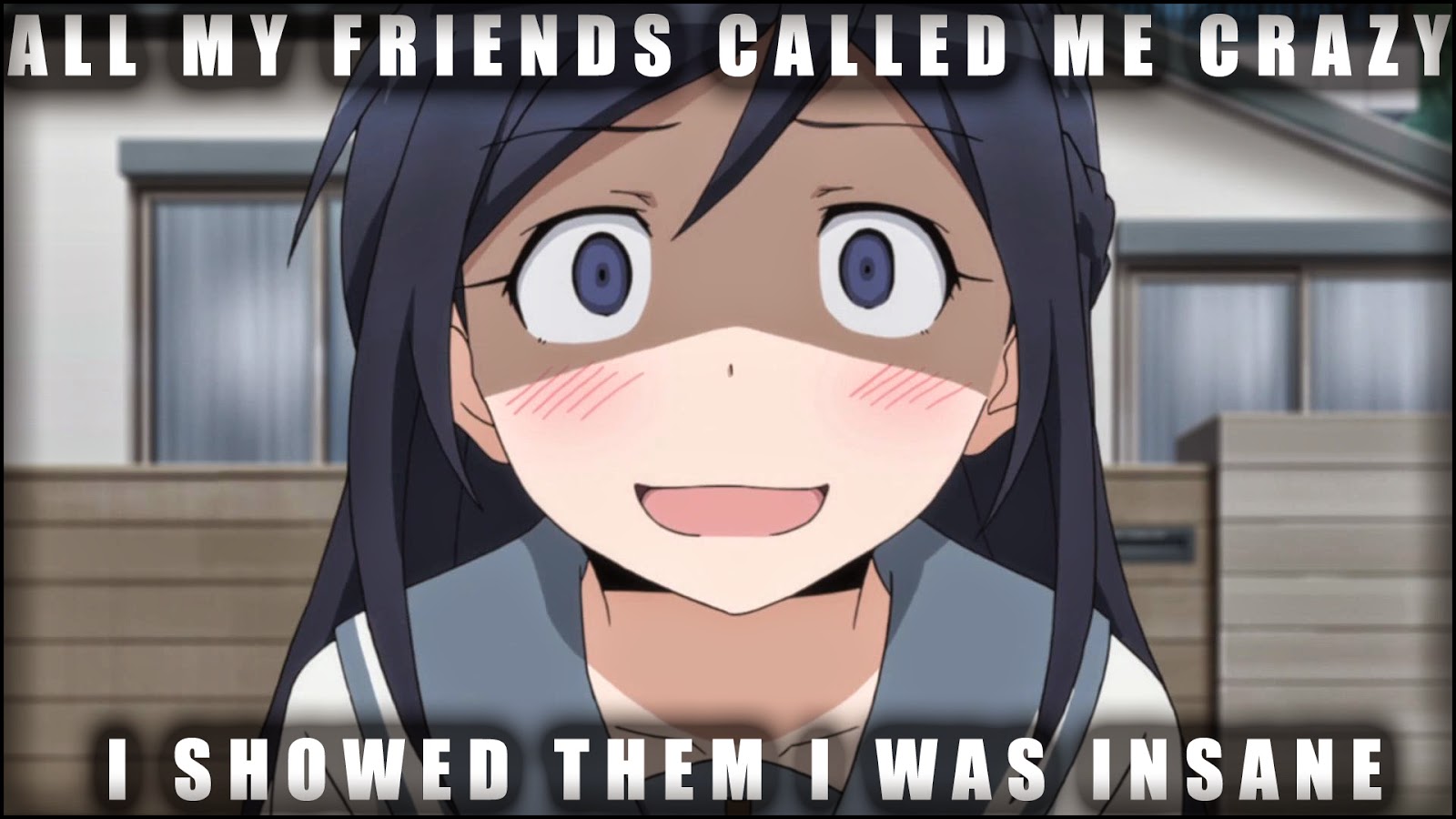 Something I feel everyone should know about this anime was that it had some serious potential. Despite the mixed reviews it got, this had all the makings of a great anime until episode 12 of season 2 came out. It had interesting characters, progressive character development, an interesting story, and a nice little romance. Episode 12 is where all this awesome was thrown down a garbage shoot because the author decided to let his little sister fetish get the best of him. 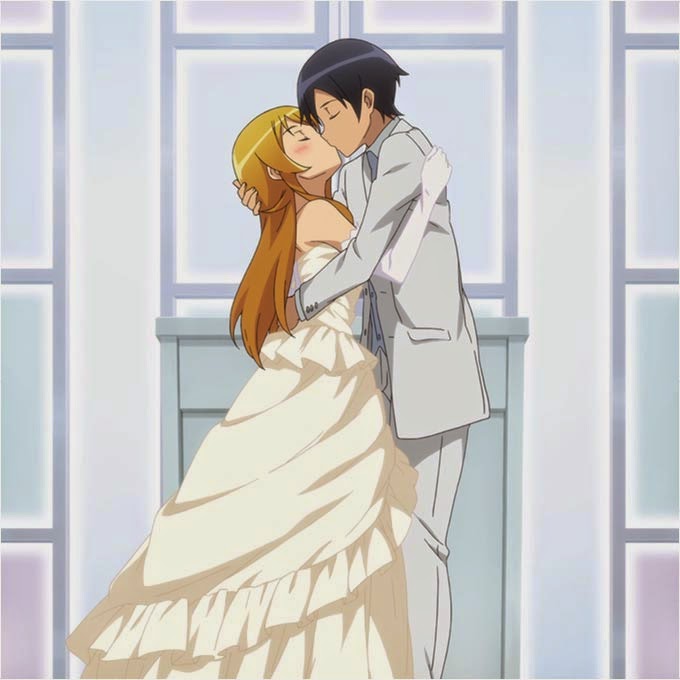 Honestly, I just don't understand why someone would ruin such a good anime by adding incest. Yes, I know, the anime sort of ran in that direction several times, and yes, I am aware that this anime is based off an eroge where the MC getting with his little sister is, indeed, a playable route, but I never really felt any sort of romantic potential between Kirino and Kyousuke in the anime. To me, it felt more like the bonds between an estranged brother and sister being mended, which is what this anime should have been about, and would have been about, if the creator had not decided to go the incest route.

What makes this route even worse is that the creators didn't go all the way through with it. No, instead of actually deciding to take this anime all the way, the creator did something I despise in anime, the Reset Button Ending. This is the ending where, after having gone through all this hardship to get to the point where they are now, the creator decides to make it all pointless by, essentially, resetting time. In OreImo, this is done by the end couple, Kirino and her brother Kyousuke, deciding to be a limited-time couple until Kyouseke graduates from high school and then returning to normal siblings. Now, I don't like this pairing at all. In fact, I hate this pairing. However, if you're going to go incest, then you might as well see it through to the end instead of playing the reset card, because allowing the characters to hit that reset button and pretend their relationship never happened pretty much invalidates the entire anime. It's like watching 24 episodes of an anime, and then realizing those episodes were nothing but pointless filler. 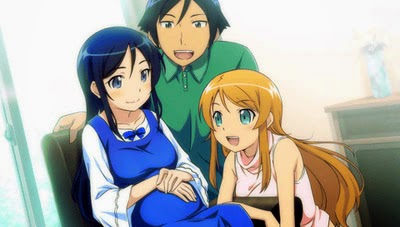 To be perfectly frank, this anime would have been a thousand times better if Kyousuke ended up paired with one of the other girls and Kirino was forced to confront her feelings for her brother and realize that the love she felt was never romantic in nature, but just deep-seated feelings of respect and admiration toward the brother she looked up to and admired when she was younger. The development derived from coming to terms with her feelings and realizing that, yes, she does love her brother but not in that way, would have been far more powerful than route they chose to take. As it is, I had a hard time taking this anime seriously after episode 12.

Now, here is the tricky part, my rating. This anime would have gotten a 9.5/10 due to the story, characters and development, however, because the creator screwed himself over this anime isn't getting that high of a rating. I probably would have given this anime a 7/10 if the creator at least decided to go all the way and force Kirino and Kyousuke to confront the hardships that came from having an incestual relationship, but since the creator decided to hit the reset button, I am only giving it a 5.5/10. It had potential, I enjoyed most of the two season series, but that ending just ruined it for me.