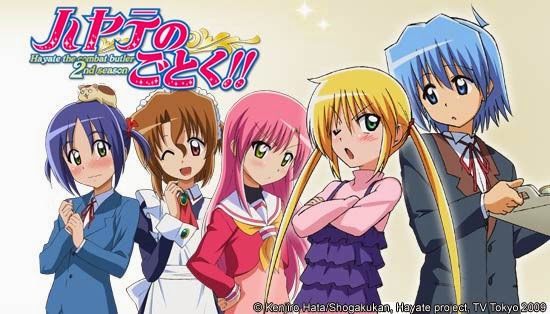 Hayate no Gotoku is the stupidly funny, fourth wall breaking romantic comedy that somehow manages to follow one of my least favorite anime cliche's and still entertain me. 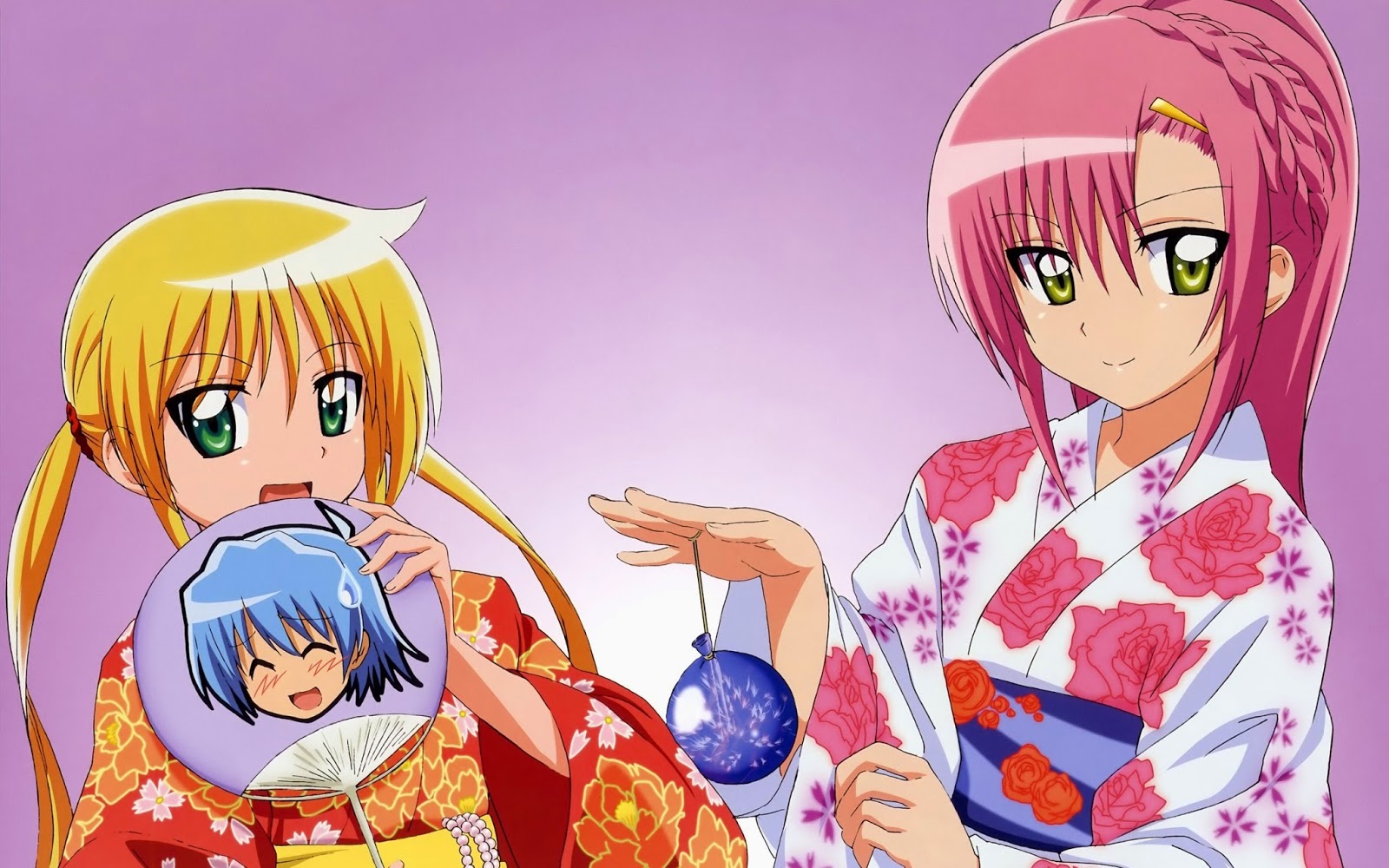 The story itself is about Hayate Ayasaki, a down on his luck young man with two good for nothing parents who don't work. After getting fired from his job he comes home to discover that his parents not only took his hard earned money to spend it on their dreams, but are also massively in debt and have sold Hayate off to a Yakuza gang. Through a series of events in which Hayate meets Nagi Sanzenin, tries to kidnap, then rescues her, Hayate ends up becoming a butler for Nagi in order to pay off his massive debt. 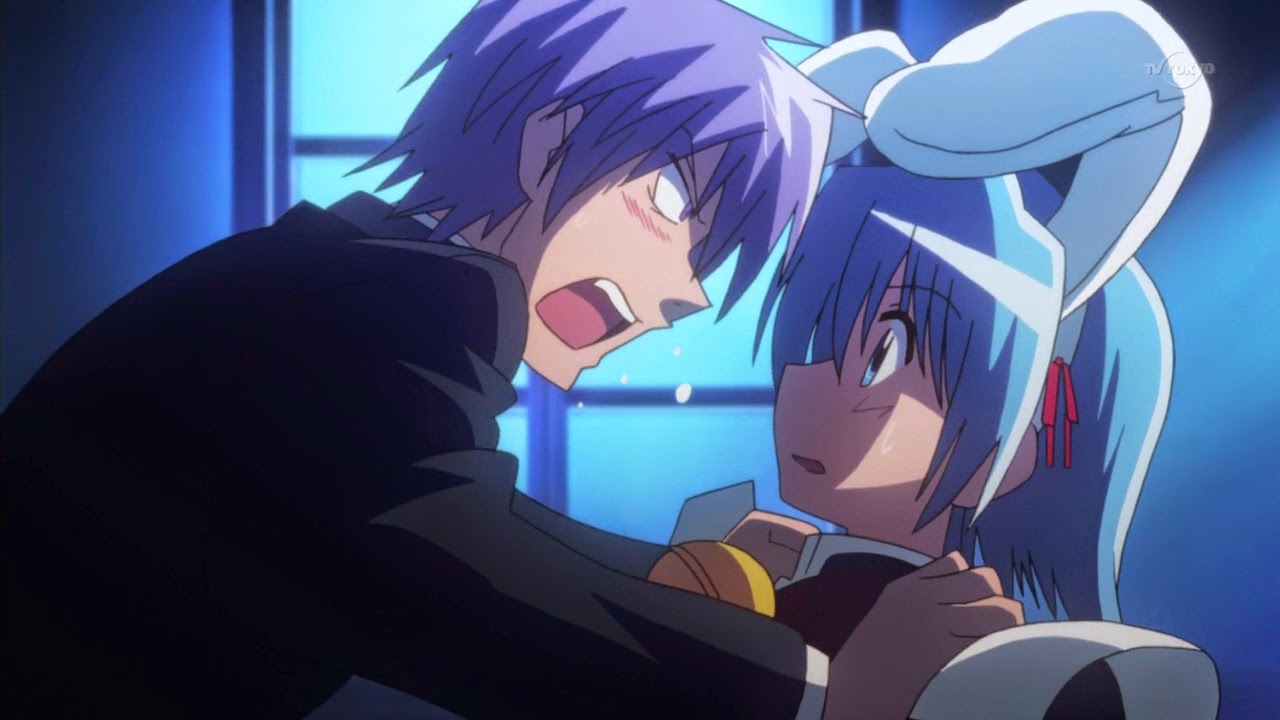 One of the first things you should know about this story is that it has MASSIVE fourth wall breakage. The Narrator constantly makes snipes and holds conversations with the characters. The characters are constantly making mentions to other anime or previous episodes. The poor wall is broken literally every time someone opens their mouth, sometimes even when they don't open their mouth. From episode 1 and onwards, there is literally no fourth wall to speak of because it's been turned into a pile of rubble. 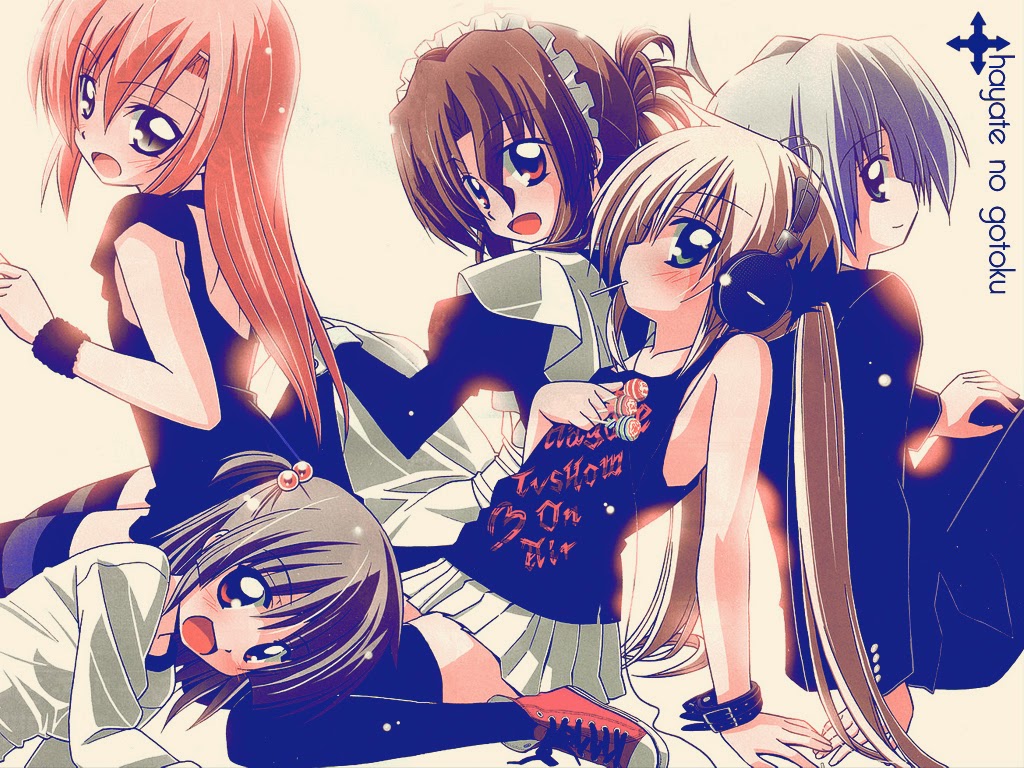 As I've already mentioned, Hayate no Gotoku falls under one of my least favorite anime cliche's: Anime that Don't go Anywhere. This is an anime where 10 episodes can be about absolutely nothing, where the story can deviate in ways that have nothing to do with the plot, and where an entire episode can be about something that has nothing to do with the main storyline. In fact, I would say most episodes are like that.

Despite this anime falling under one of my biggest pet peeves in Slice-of-Life anime, it's one of the few where I can stand it. Hayate no Gotoku is just so stupidly funny that it doesn't always matter if the episode has no plot because I'm too busy laughing like a loon to care. 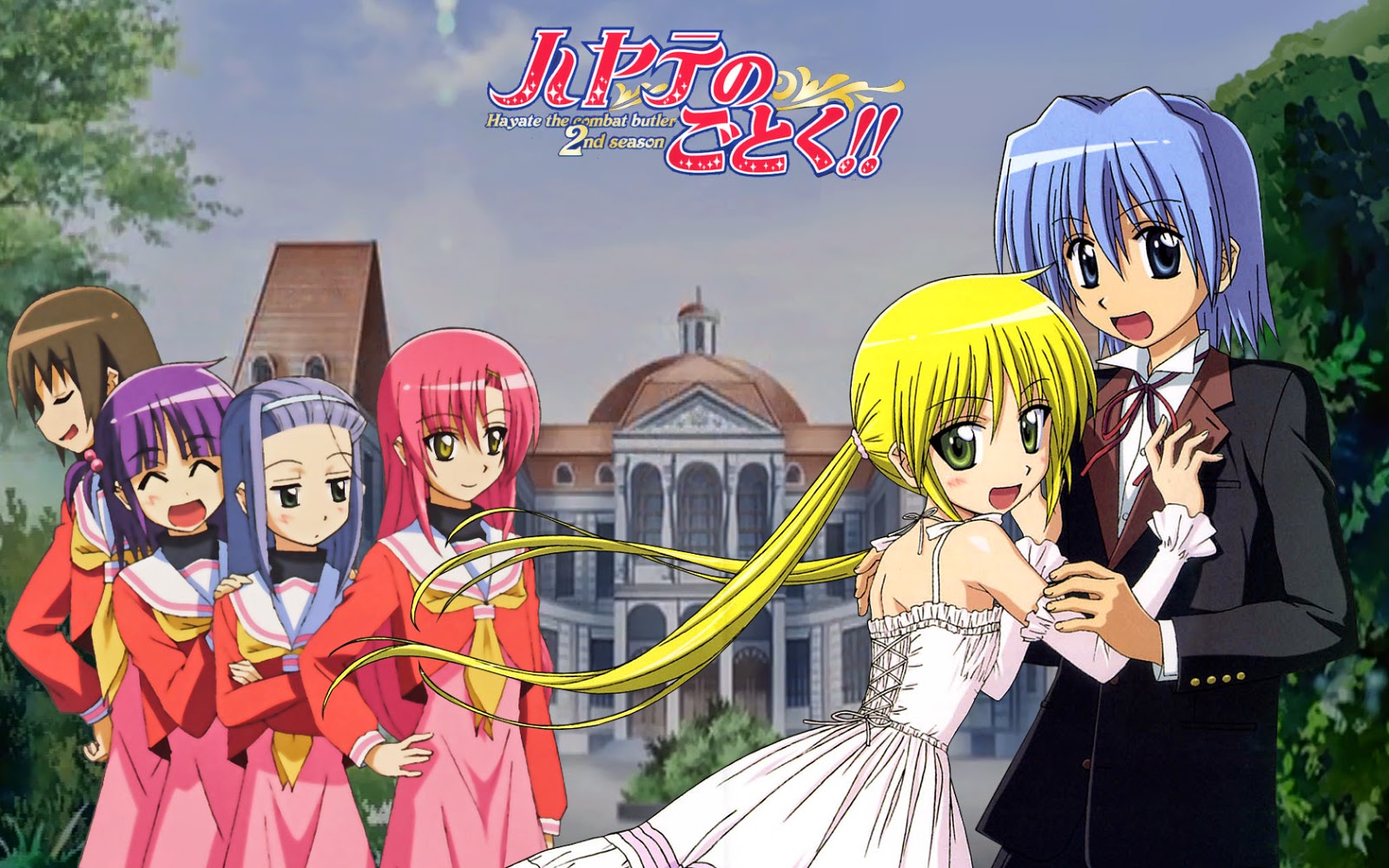 Something else to note about Hayate no Gotoku are its characters. While some feel like typical stereotypes, the main characters are all given well-crafted personalities that manage to exceed those archetype cliches... sometimes. Nagi Sanenzin is your classic example of a tsundere character right down to her violent temper. However, she's got more than just that going for her. She's also a super rich girl, which means she should have fallen under the rich ojou-sama trope, but didn't. She's also a shut-in Otaku who'd rather play video games and try to become a mangaka then go to school. In fact, she usually just skips school because she doesn't like being in crowds. This breaking of tropes is what makes Nagi an actually likable character as opposed to that annoying female who always beats on the main protagonist, like Naru Narusegawa from Love Hina.

This anime does have some issues--namely that it has over 52 episodes and only about 20 of those episodes actually has anything to do with the plot. It's incredibly slow and I sometimes feel like they don't go anywhere. That being said, it's still enjoyable and I would rate it a 6.5/10 with a recommendation of anyone who enjoy Japanese culture, romantic high-jinks and ensuing fourth wall breaking hilarity to watch it.
Posted by Unknown at 8:16 AM No comments: