The Ambitions of Oda Nobuna 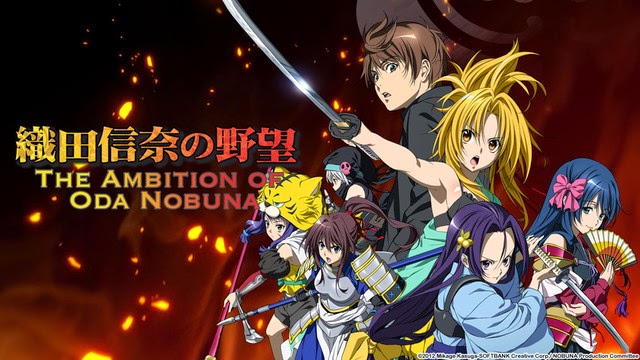 The Ambitions of Oda Nobuna is an anime that I think could have been really good, but didn't quite manage to reach the zenith of what it could have been. It's not necessarily a bad anime, or even one that's not enjoyable, however. It has its ups and downs, its good points and bad points. The problem is that I just don't believe it was as good as it could have been. 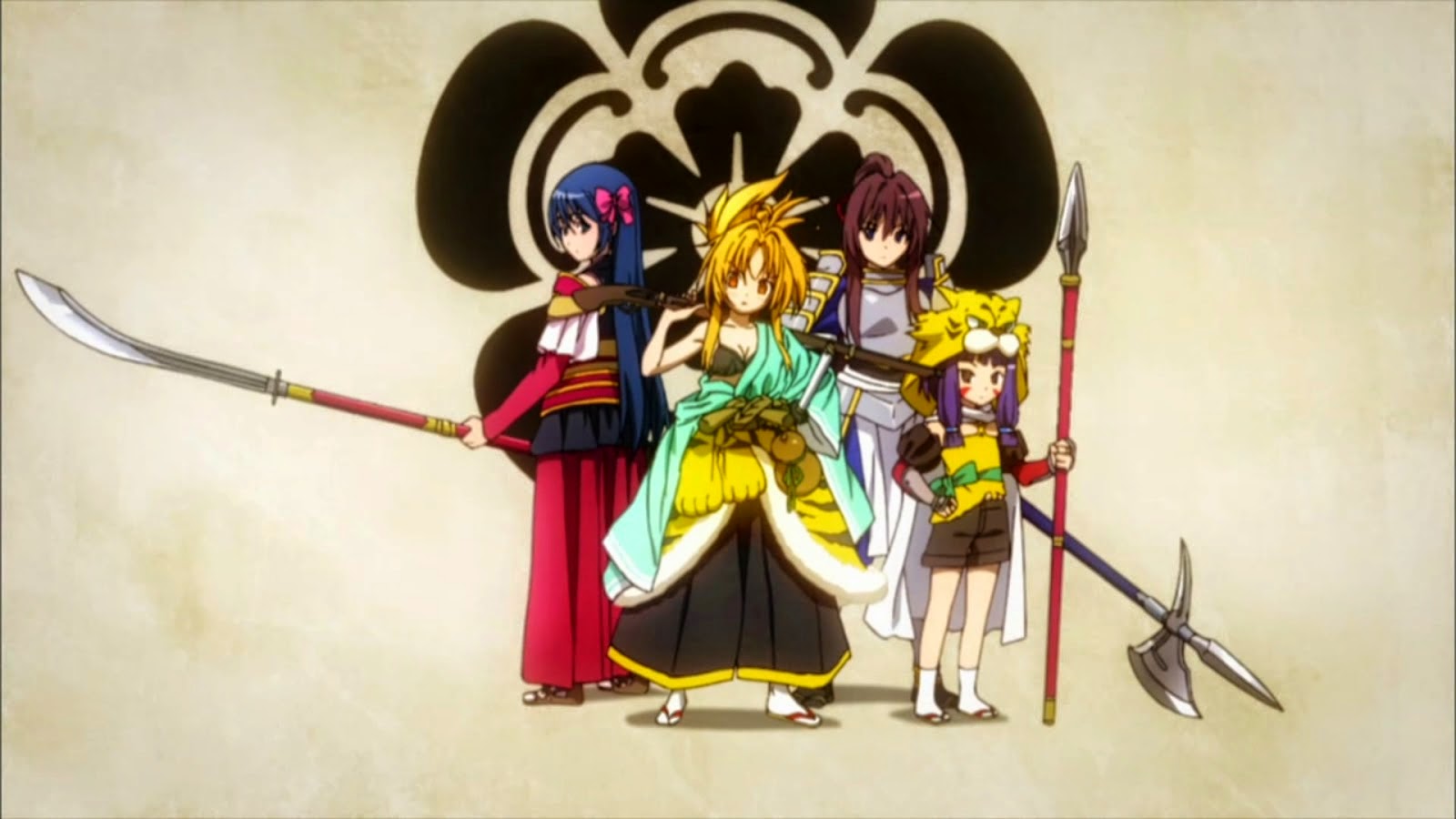 Before getting into the bad, I believe we should start with what's good. The storyline for this anime is actually pretty interesting. It's about a young man who travels back in time to when Oda Nobunaga, a powerful warlord, fought to unify Japan during the Sengoku period--or so he thinks. In truth, the past he has traveled to is far different than the one he played in his historical video games. Instead of meeting the famous warlord who became known as one of the most brutal figures in Japanese history, the person he meets is a woman named Oda Nobuna, who has seemingly replaced the vicious daimyo. In fact, almost all of the legendary figures known in Japanese history have been replaced with either really beautiful women or really cute loli girls. 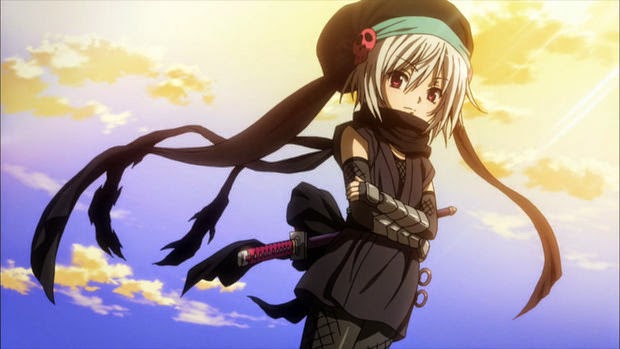 The gender-bending theme that this anime uses is interesting. While I've seen some anime where a character will swap genders, I've never seen it done to this degree. And while the concept of a young man going back in time to discover that every historical figure is a hot chick feels like a pervert's fantasy, there is a twisted sort of appeal the concept itself. I also like how the anime takes well-documented historical moments and makes them entertaining, allowing people to learn a bit more about Japan's history while also enjoying the anime. 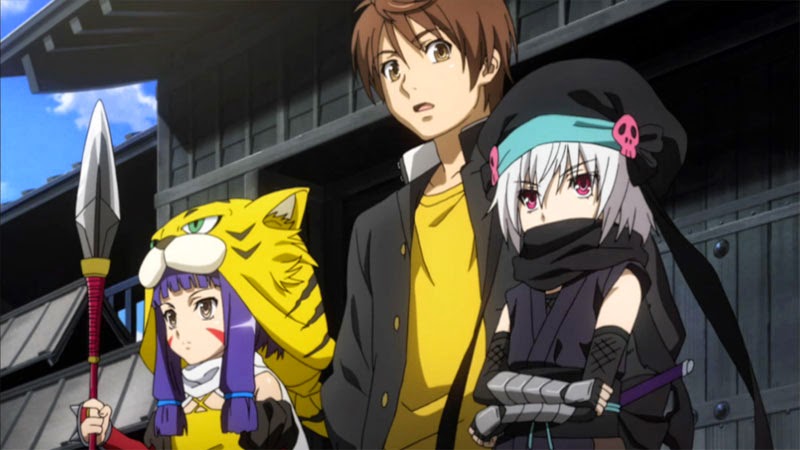 What I did not like about the anime was the lack of true development. The problem with this anime isn't the story, but its characters, and how they are not developed properly. The main character, in particular, doesn't really grow all that much, and has this bad habit of treating everything like it was a game. Perhaps if the anime had a full 24-episodes, they would have been able to flesh out the characters a bit more, making them feel more like people and not cardboard cutouts of various archetypes, but without those extra episodes, the characters of this anime are easily placed into archetypes and don't seem to grow much beyond their trope. 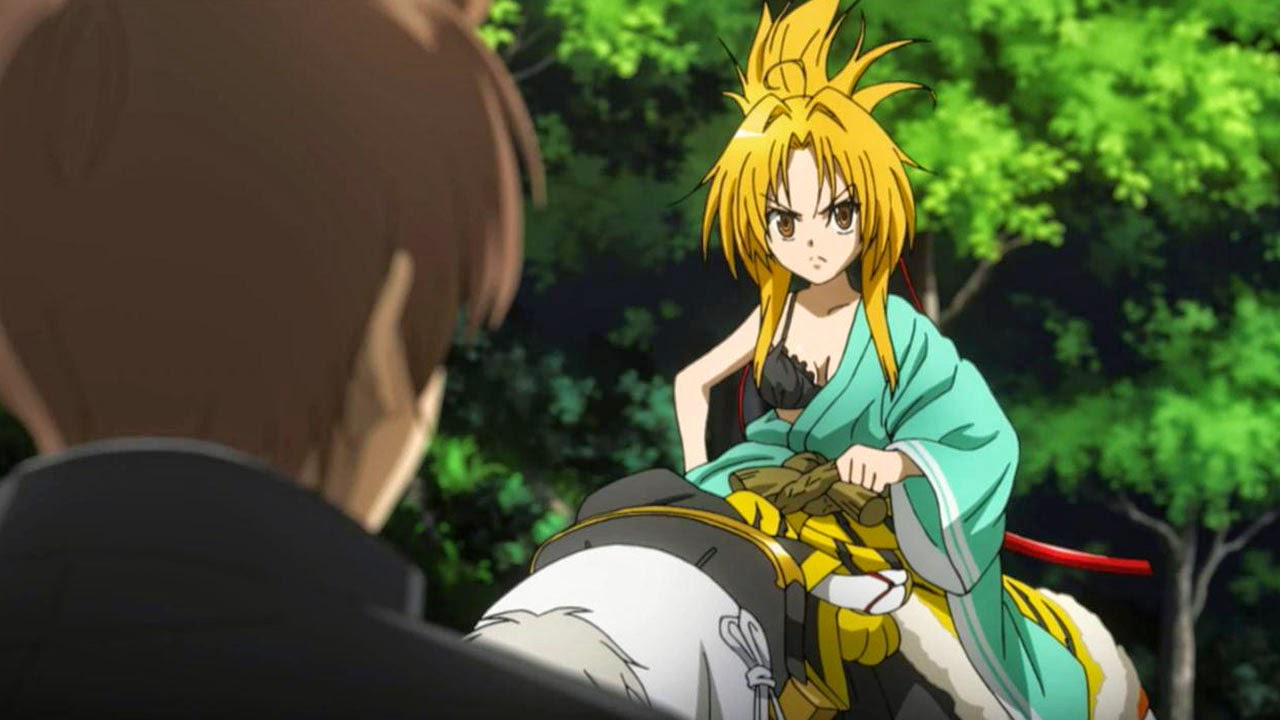 Like most anime, I do enjoy the art style, and I feel this one is a little better than some of the others. It's nothing too fancy, and certainly won't hold up to some of the better anime out there like Cowboy Bebop, Code Geass, and Gurren Lagann, which all have very unique and art styles, but the characters all look unique and intriguing. I am particularly fascinated by the various outfits each character wears. While their personalities leave a lot to be desired, their distinct clothing differentiates them quite well.

In an overall rating, I would give this anime a 6/10. It's not the best, but it's not the worst either. It's one of those anime that are somewhere in the middle; good to watch once or twice, but eventually one that fades into anonymity. If you're into the Perverted Hero trope who has a harem of Beautiful Archetypes, then you'll probably enjoy this anime.
Posted by Unknown at 12:45 PM No comments: