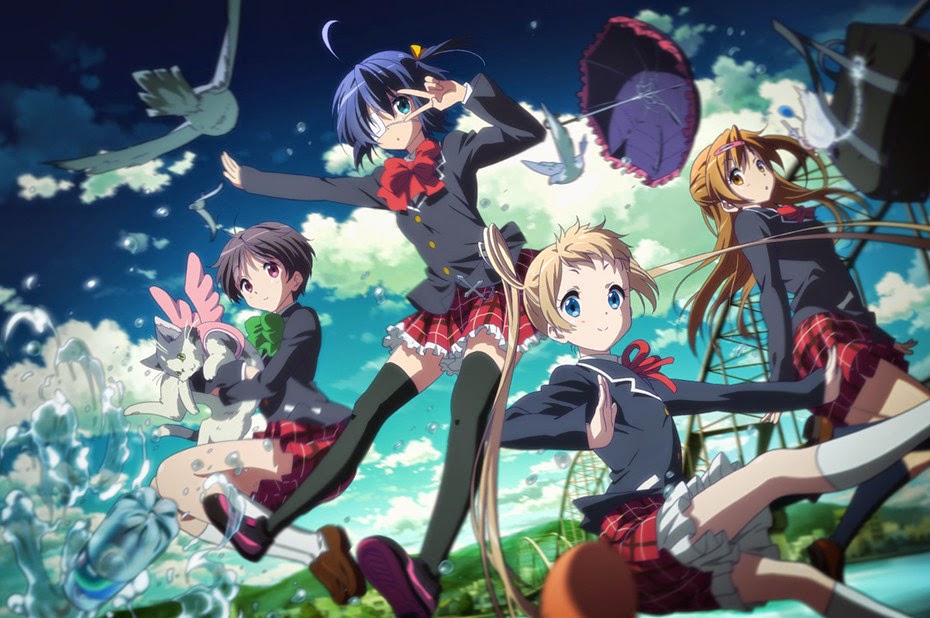 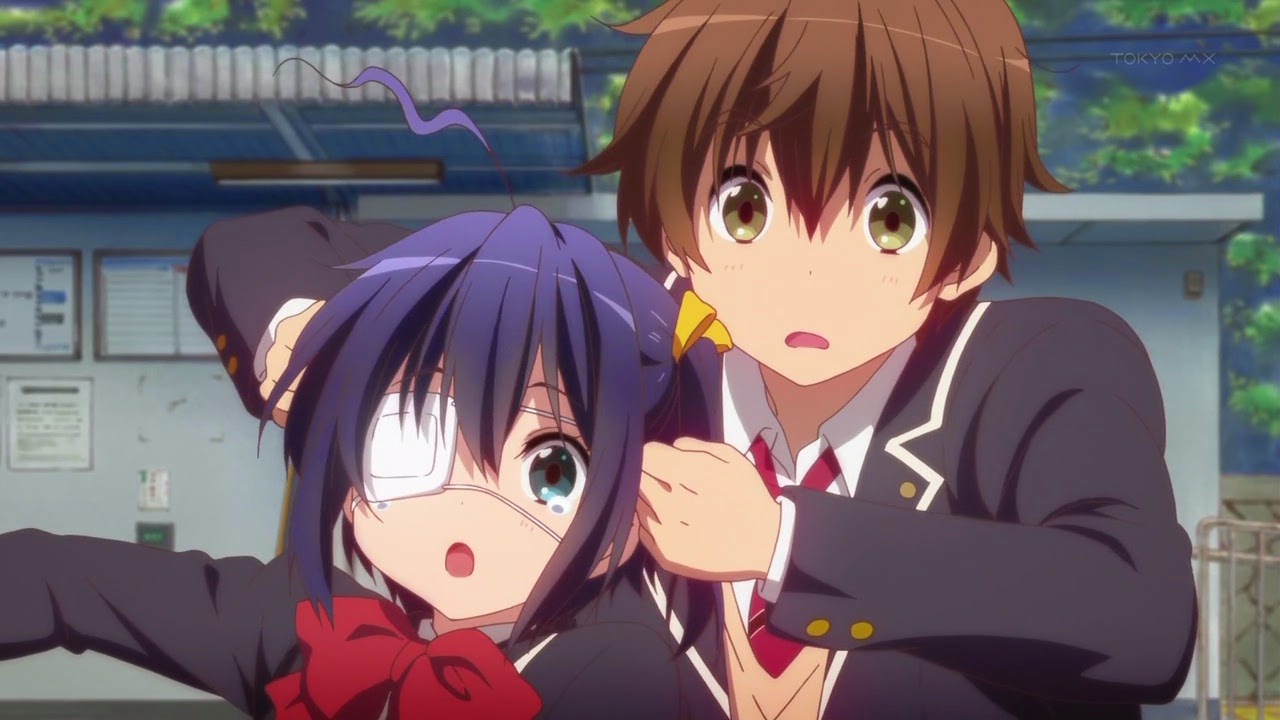 Let us first take a look at the artwork. Chuunibyou's artwork, while not one-hundred percent original, is still downright gorgeous. I absolutely love how the characters are designed, along with the color palette they use. You see a very distinct contrast between people and their surroundings, with the people, especially the main characters, having a tendency to be more vibrant. I also love their eyes, as they remind me of the water color look that characters have in manga. 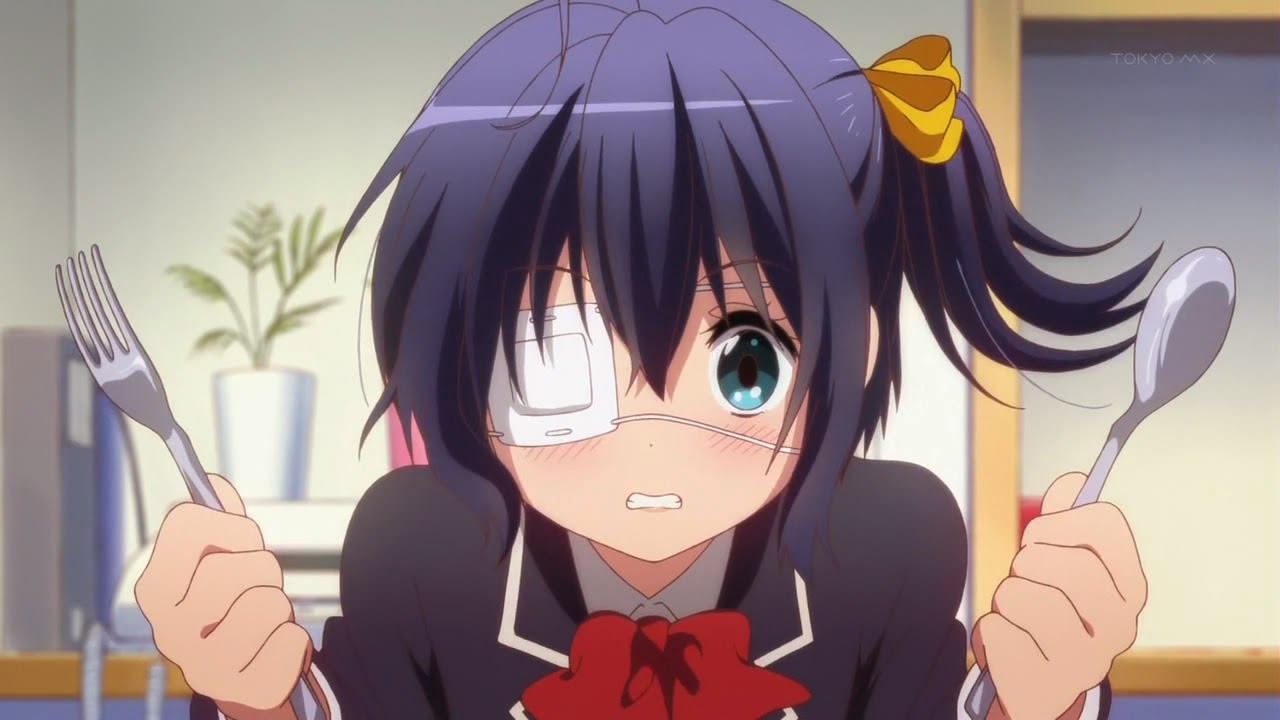 Following the artwork are the characters themselves. All of the characters are very unique, and none of them feel like cardboard cutouts of typical anime archetypes. Rika Takenashi, the heroine of this story, is the best example. She's a Chuunibyou who has impossible delusions and lives in a world where fantasy and reality are hard to distinguish. She's so out there that it's kind of hard to take her seriously at first. Of course, her foil, Yuta Togashi, makes for an excellent tsukkomi, and their interactions are half of what makes this anime so cute. 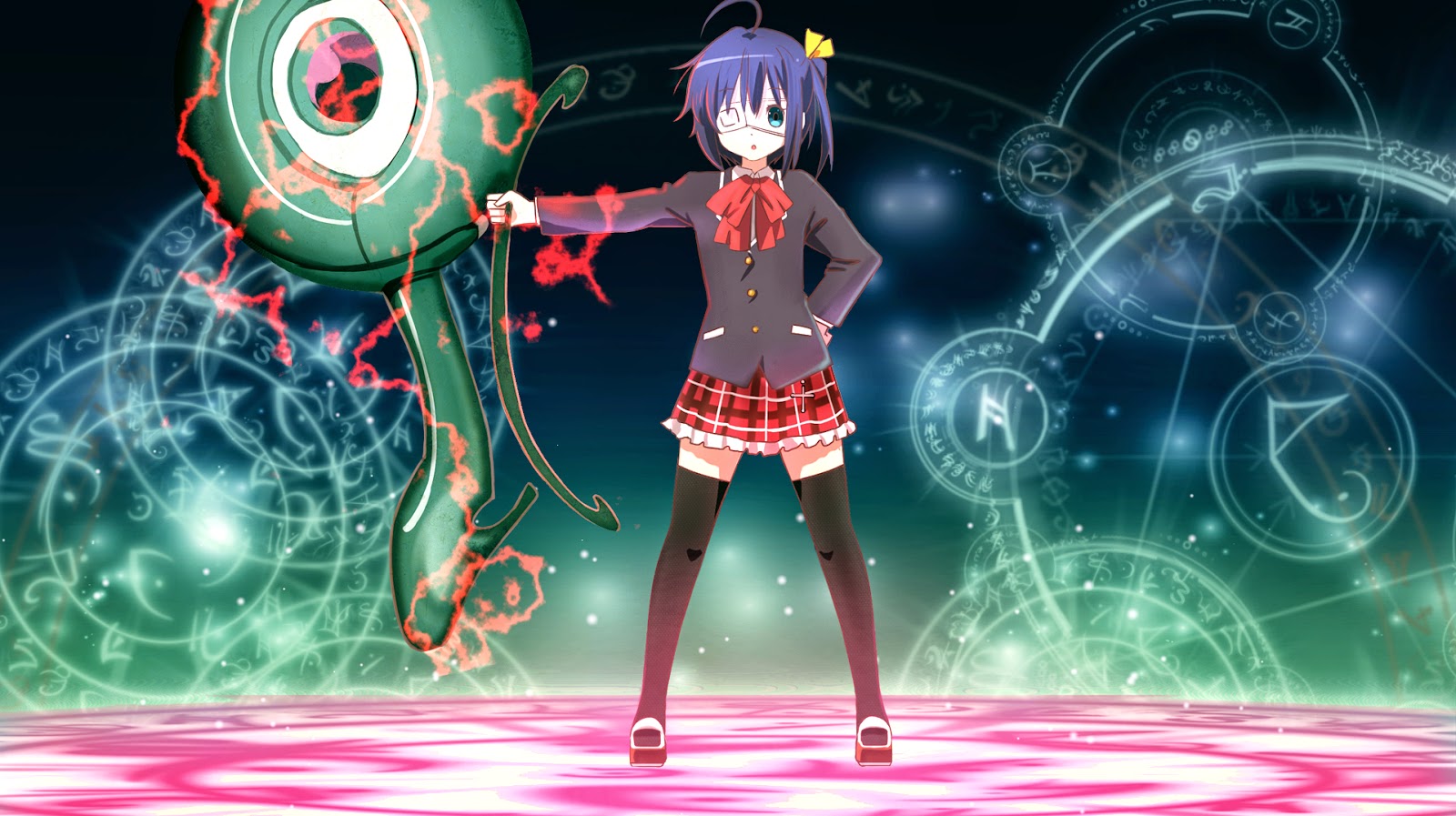 The story itself follows Rika and Yuta through high school. It seems like a stereotypical slice of life--until Rika starts having delusions that only she can see. The story itself starts off with a healthy dose of humor, and it really is funny to watch Yuta deal with a girl whose Chuunibyou twenty-four-seven. Despite its humorous beginnings, like most good anime, this has a more serious side to it. It deals with everyday issues and mixes it with the problems someone who refuses to face reality might experience. 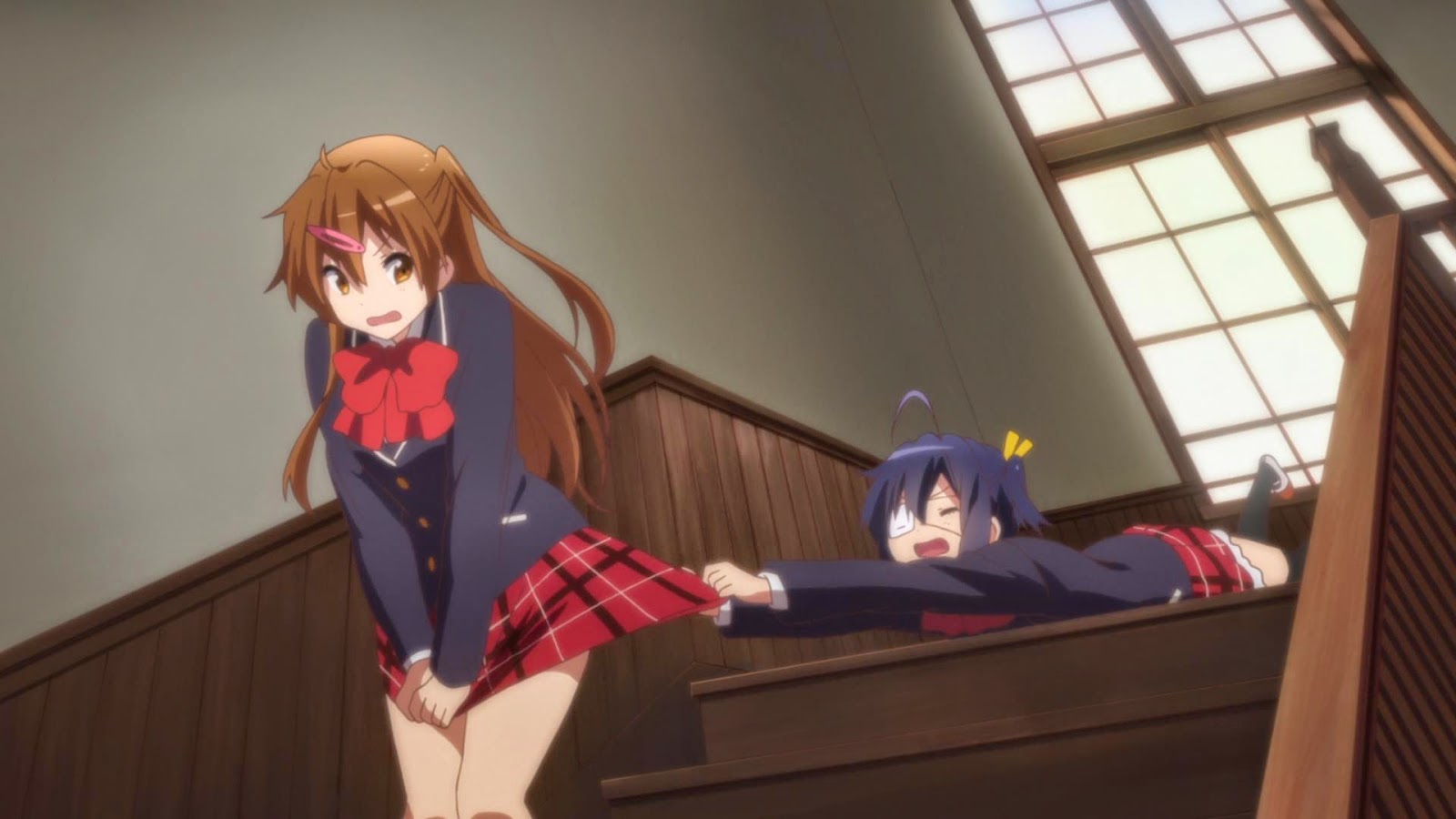 The anime remains adorable from beginning to end, while also taking on important issues found predominantly in Japanese society. Not only are the main character a riot to watch and endearing to follow, but the supporting cast is just as powerful. All of the supporting characters have their own unique personalities that make them a joy to watch, and each of them sort of deals with their own life issues. 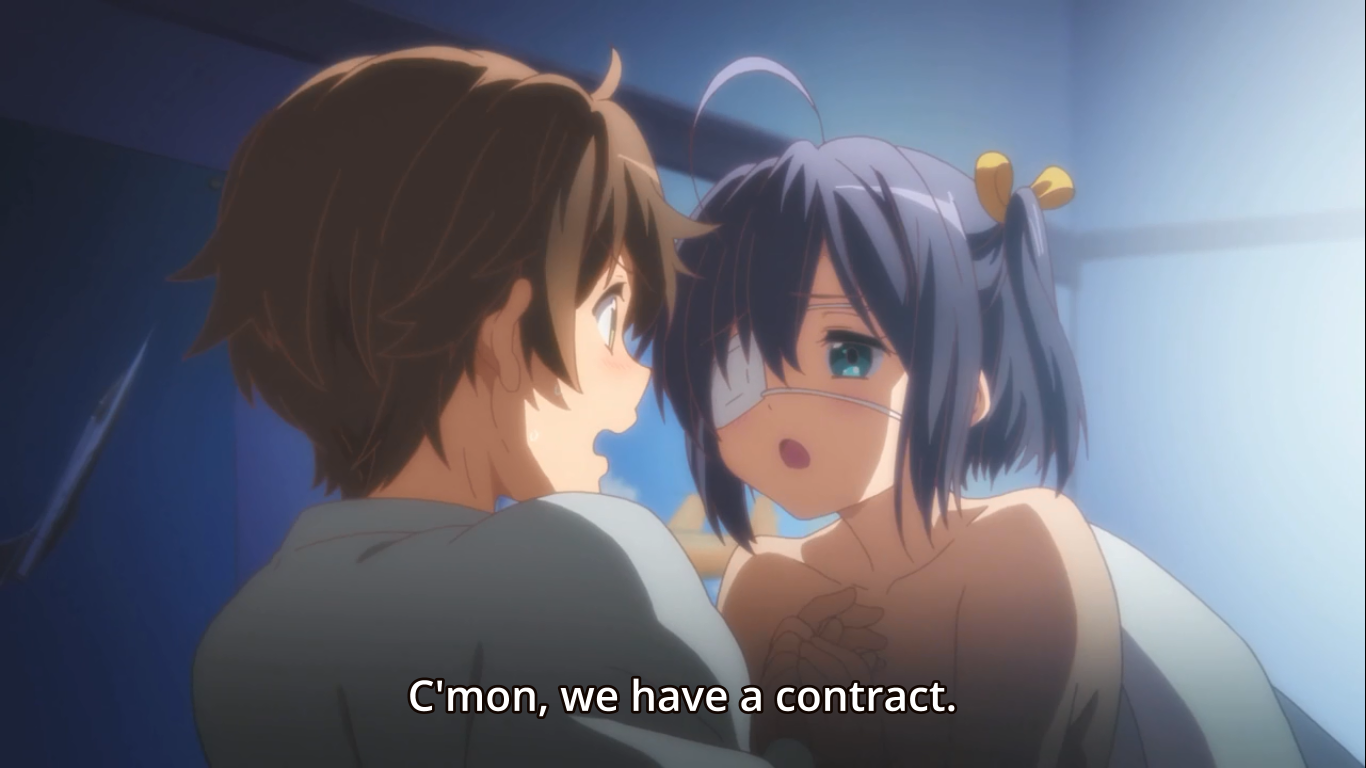 If there is one thing about this anime that I did not like, it would be the slightly disappointing end. Given that this anime had me hooked from beginning to end, I was hoping for something a little more climactic than what I got. Despite this, the anime is one that I would recommend to all anime fans, especially if you love watching a romance with a good plot and a healthy helping of humor. This anime receives a 9.5/10 from me. 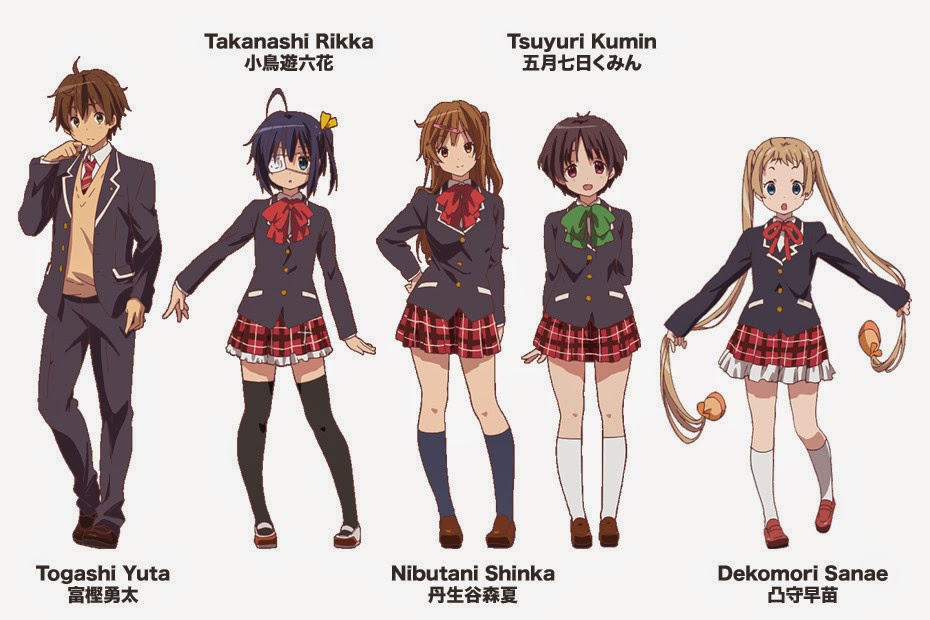 Posted by Unknown at 7:58 AM No comments: