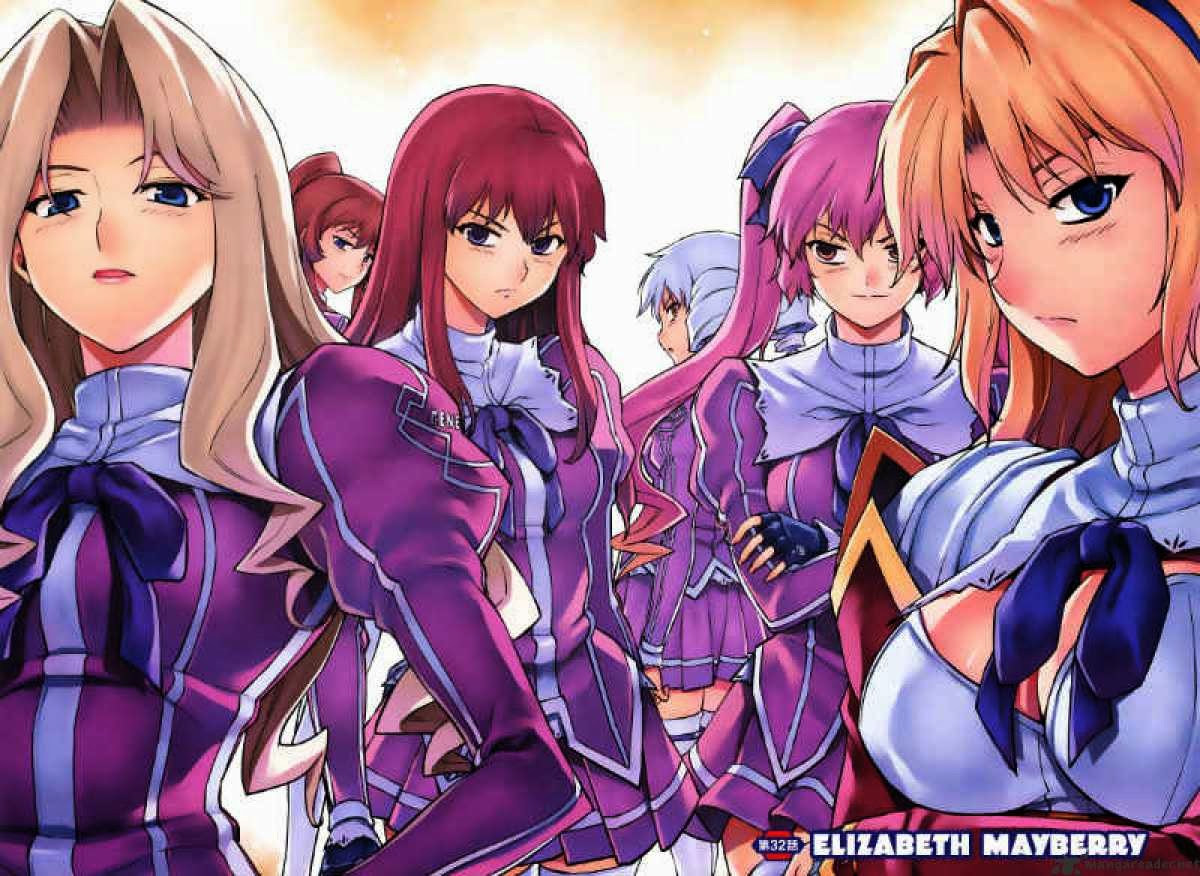 Freezing is an anime about boobs. Wait. It's not about boobs? Are you sure? I could have sworn this entire anime revolved around women getting stripped naked and showing off their tatas. It's not? You mean to tell me it's actually about an invasion of extra dimensional aliens and the women who are trained to fight them? Get out of here. 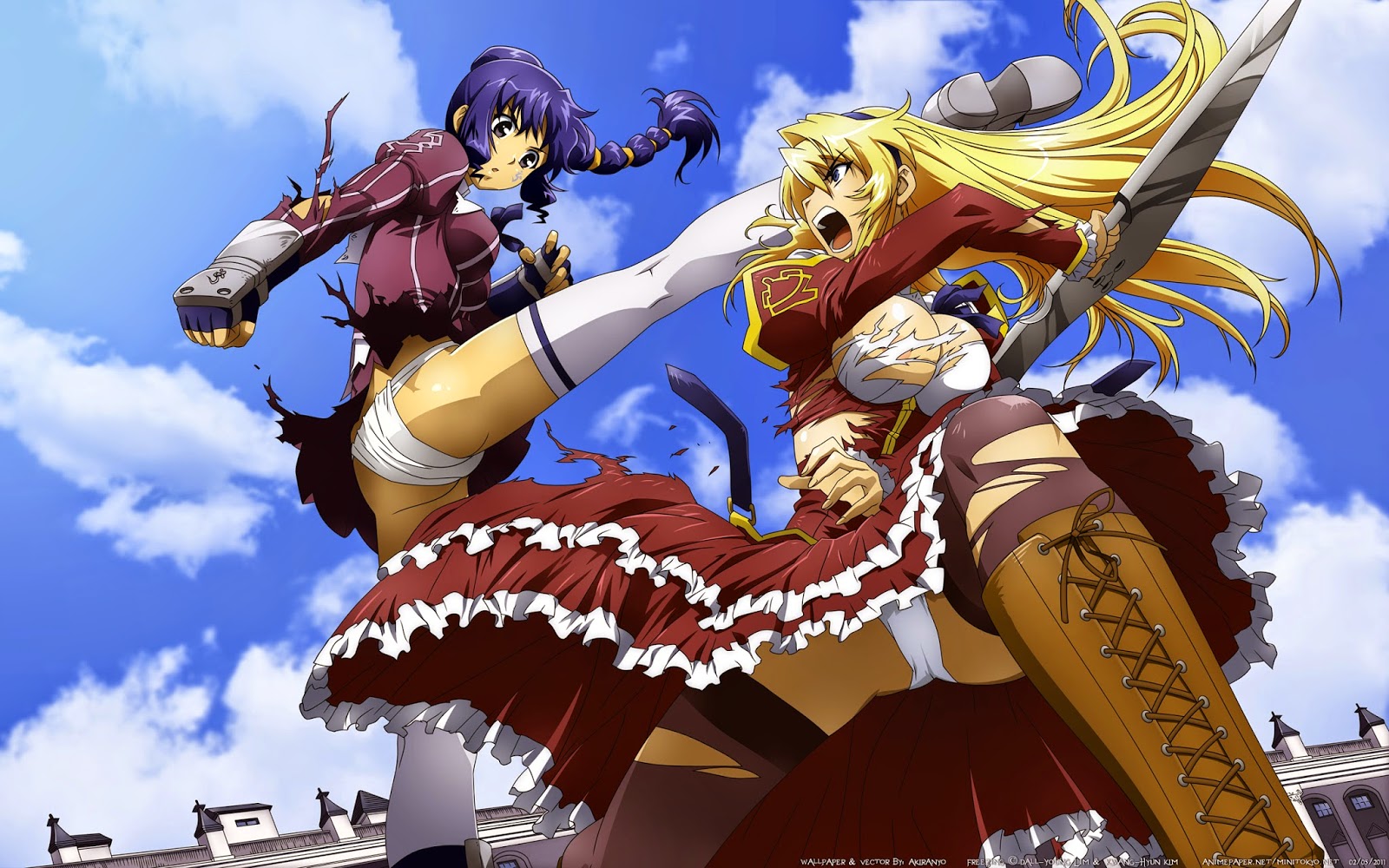 In all seriousness, this anime is about a group of girls called Pandora who, upon being given something called a stigmata, gain incredible powers and use those powers to fight against beings called Nova. Of course, these sexy vixens aren't alone in their fight. Partnered with them are young men with the ability to create and nullify freezing fields. And the two characters starring in this particular anime are Satellizer L Bridget and Kazuya Aoi.

I'm going to be completely honest here. This anime is the definition of a guilty pleasure anime. While the story technically revolves around the concept of Pandora and Limiters fighting against the Nova, it feels more like a silly boob anime with a lot of fighting. The number of times a female will have her clothes ripped off, or just the clothing on her chest torn, is incalculable, I don't think I went a single episode without seeing at least two or three different women getting naked.

Despite this, I'll admit that I did like this anime. The characters are actually interesting, and Kazuya isn't one of those harem protagonists who are completely useless. He actually, you know, does stuff. He's not just walking around and having girls randomly fall in love with him for, uh, reasons. And Satellizer is another interesting character, though I will admit that I dislike how easily she fell for Kazuya. Seriously, before the anime starts, we learn that she can't stand being touched, and then Kazuya touches her and suddenly she's all, "Ah! I don't mind being touched by him!" It's one of those examples of a ridiculous 180 reversal, and it's probably my biggest complain with the characters. 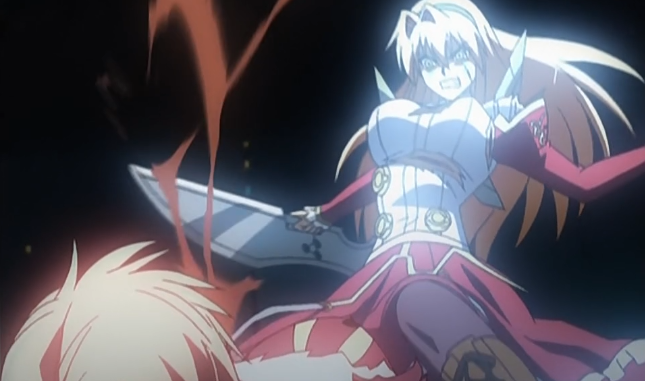 One thing I feel like I should also mention is that this anime is abnormally violent. There's a lot of instances where Pandora are getting their limbs chopped off or ripped in half or sliced apart. I remember watching one scene where Satellizer got her throat slit with a blade and had gore spraying from her trachea. There is even more violence in this anime than there is nudity, so it's definitely not something you should let your 12-year old kid watch. 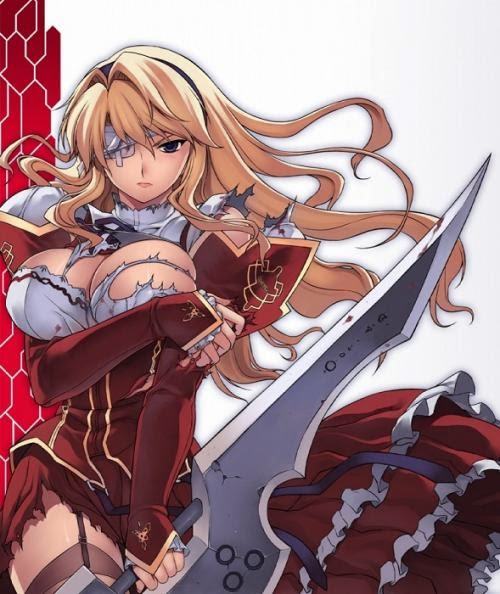 All that being said, I still like this anime, and it's not because of the boobs. No, seriously. I'm being serious. I actually watch this anime for the Plot. I'm not lying. It's all for the Plot--I mean the story. Yes, the story.

In all seriousness, this isn't a bad anime. The artwork is lovely. I enjoyed their opening and closing themes. The storyline is sound and interesting, and yes, there are a lot of pretty girls who are getting randomly stripped naked in the middle of combat. If you're a fan of ecchi, violence and alien invasions, then you'll love this. If you're not a fan of ecchi, violence or alien invasions, then I can't recommend this to you.
Art style: 9/10
Character designs: 10/10
Storyline: 6/10
Musical Composition: 7/10
Character Development: 5/10
Overall score: 7.4/10.