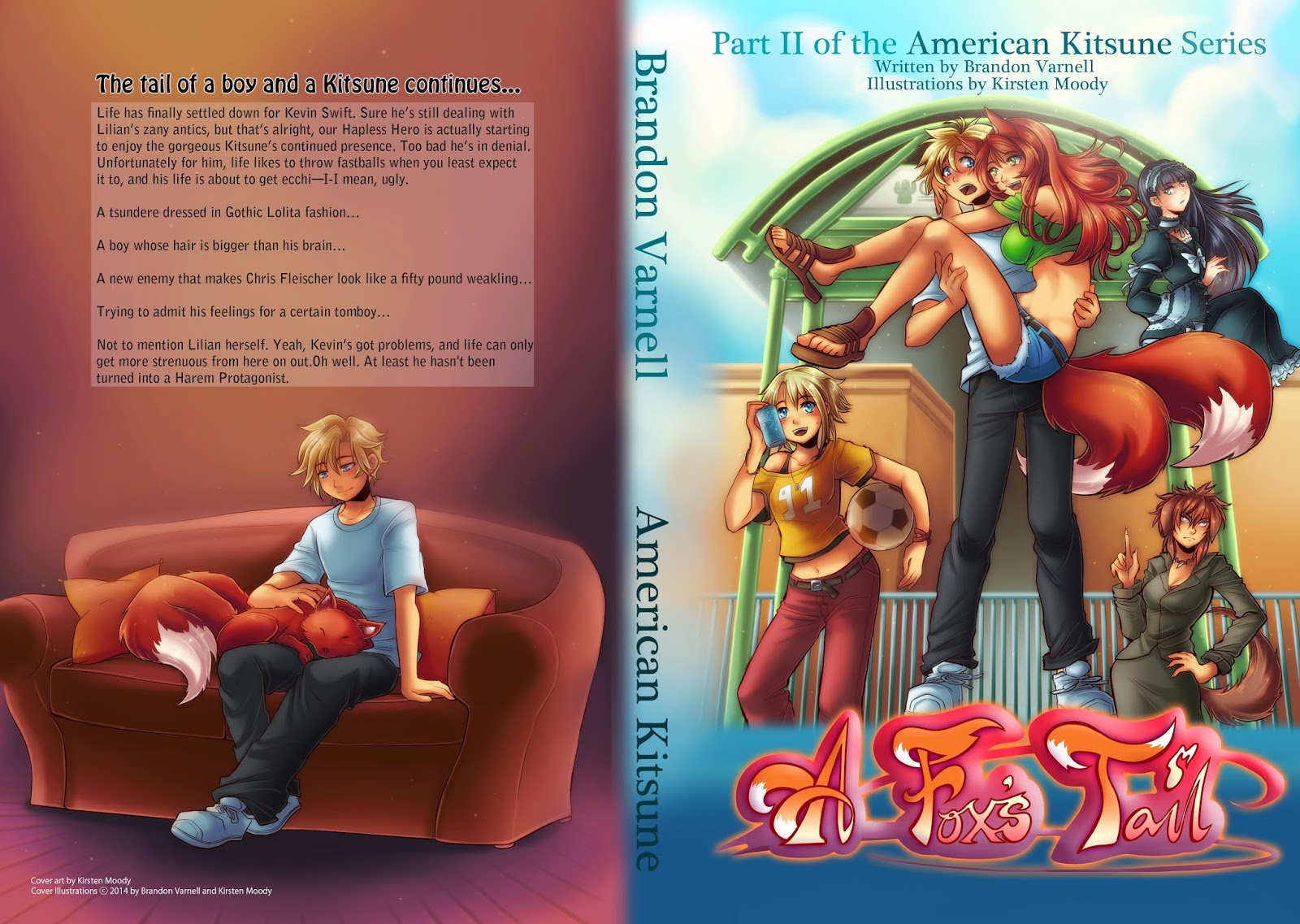 Good news everyone! My book, A Fox's Tail, has just become available through Amazon.com. If you'd like to help support me through my writing journey, then just click on the large book cover at the top and it'll take you to my book's page on Amazon.

Thanks everyone!
Posted by Unknown at 5:40 AM No comments:

Fanfic Addict: This might just be me losing interest,but it feels like the climax of the story has already passed,and now you're just writing out relationship filler,I know character development and stuff are important,but we really don't need 2-3 chapters of stuff about Naruto and his harem,and maybe a bit of action every once in a long while.

Answer: The reason it feels like the climax has already happened is because the climax HAS already happened. The climax was after Naruto thrashed Benitsubasa, when he finally accepted the love of Musubi and the other Sekirei. This story has always been about Naruto's journey toward healing from the pain of losing everyone he's ever held dear. Naturally, my climax would reflect that. What you're getting now is me tying up lose ends and rewarding everyone who stuck with this story by giving them some fluff.

Ryder93: good story till I have a doubt.
The rinnegan's outer path can contact
dead spirits like showed in ch 699.
You already told about the divergence
but can't you use this overcome his survivors guilt?

Answer: This story was written before chapter 699 ever came out, so I'm not going to give the Rinnegan the ability to contact the dead. In my story, the only ability over death the Rinnegan has is the one that allows the revival of people who have died within a twenty-four hour period. However, even that doesn't mean squat if the body of the person who died is burned at the stake or their body's been dismembered.

Erasels: He was controlled? Oh god, please don't bring back Madara or Obito or some other Naruto character, please please please don't.
Other than that, it's great to see the next installment of my probably favorite fanfiction at the moment.
Even with 20 thousand words this story never bores me and I find myself craving for more.
I'm not sure if it's a good idea to create more space for the mountain of plotholes you have amassed already (not that i care, they're all so minor), in regards to the borrowing space from other dimensions thing.
I must say I'm interested in how Naruto will Train Yume/Musubi in one week, because I don't think a sekirei can build enough muscle in the right are and lose as much muscles in another in just one week, if at all. I'd bet something about adapting her fighting style plus some chakra techniques, let's see.
Thanks for posting another chapter of this excellent story, I'm happy to see it being continues after such a long time.
(•3•) Puhhh

Answer: Actually, he was being controlled by Naruto. You remember how I've mentioned Naruto having seals that he uses to control people with? That's what happened to Higa.

Don't worry. My only intention with this was to emphasis Naruto's abilities and inform you all that he's not really sane anymore. Naruto is literally so uncaring that he doesn't even care if he borrows time from other dimensions and summons Old Ones to this plane of existence.

cmcwiki: I have to ask, how long did you have the Jinki immortality bit written? because that is awesome.

Answer: I've always had a plan for the jinki ever since, I want to say... around chapter 20? Somewhere around there. It was an idea I got from writing emo-Naruto for so long. I thought to myself, "Naruto really needs some people who can stay by his side forever." and that's when I decided the jinki would be the perfect way to do this.
Posted by Unknown at 5:33 AM No comments: