To Love-Ru: A Girl Who Descended 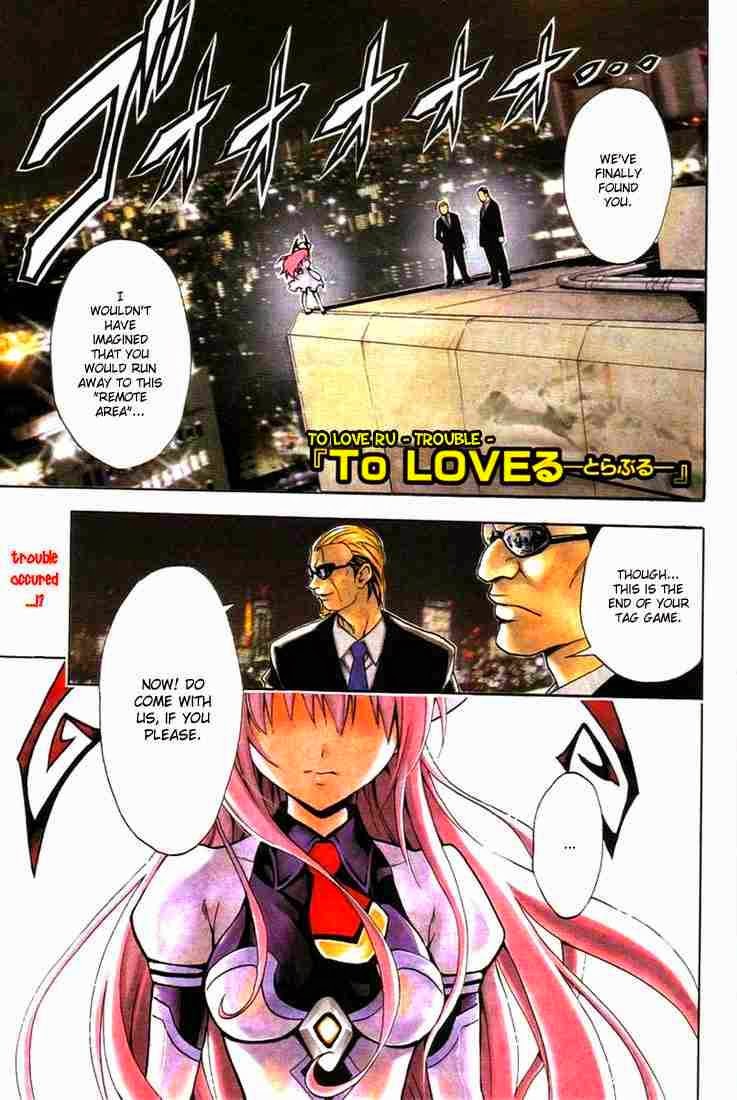 Hello all! I've finally decided to start reviewing manga chapters, along with anime and light novels. And since it was this very story that inspired the ecchiness in my own book series, American Kitsune, I thought I would give the manga To Love-Ru the honor of being my first manga review. 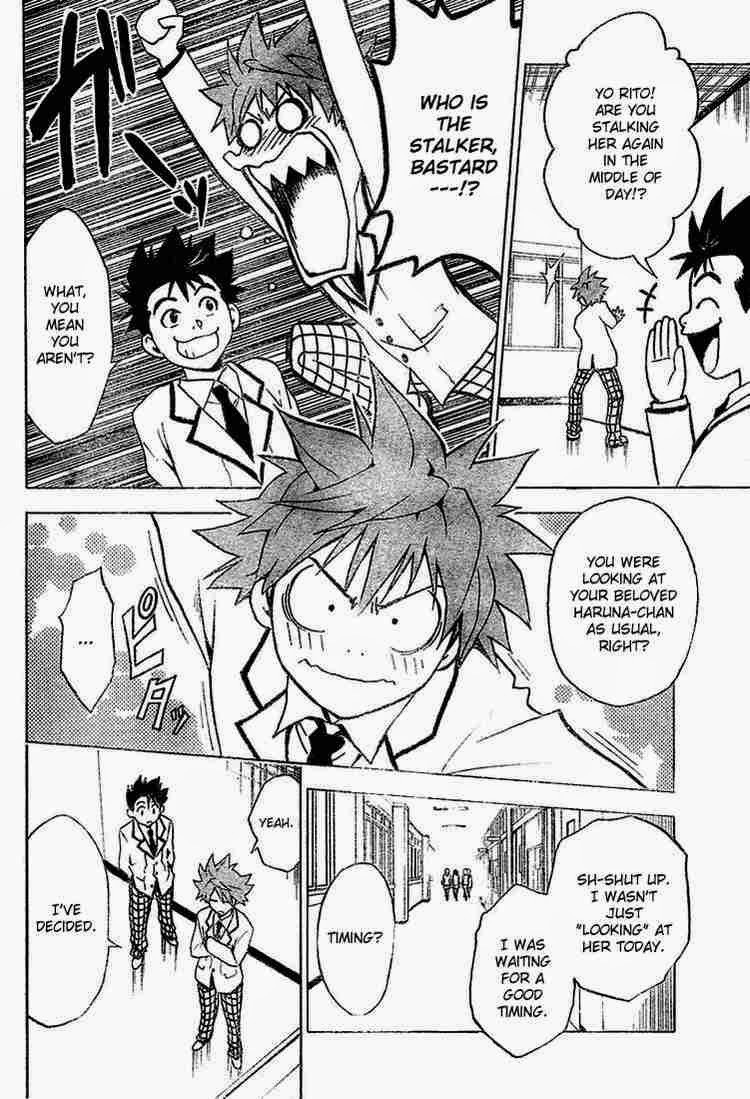 The premise of this story is atypical of the harem genre. You've got a boy who likes a girl, a girl who sort of likes the boy, and the other girl who randomly appears in the boy's life to wreak havoc. In fact, this story is so stereotypical of an ecchi/harem manga that I would normally be turned off.

To Love-Ru is the story of Rito Yuki, a young man in high school who wants to confess to the girl of his dreams, Haruna Sarenji. While Haruna Sarenji is practically a cardboard cutout of the Girl-Next-Door type, Rito is a picture perfect example of the Unlucky Everyman. He's that guy who you can't tell if he's super lucky, or ridiculously unlucky. This uncertainty I feel becomes even more true after he is introduced to his potential main squeeze, but we'll get back to that later. 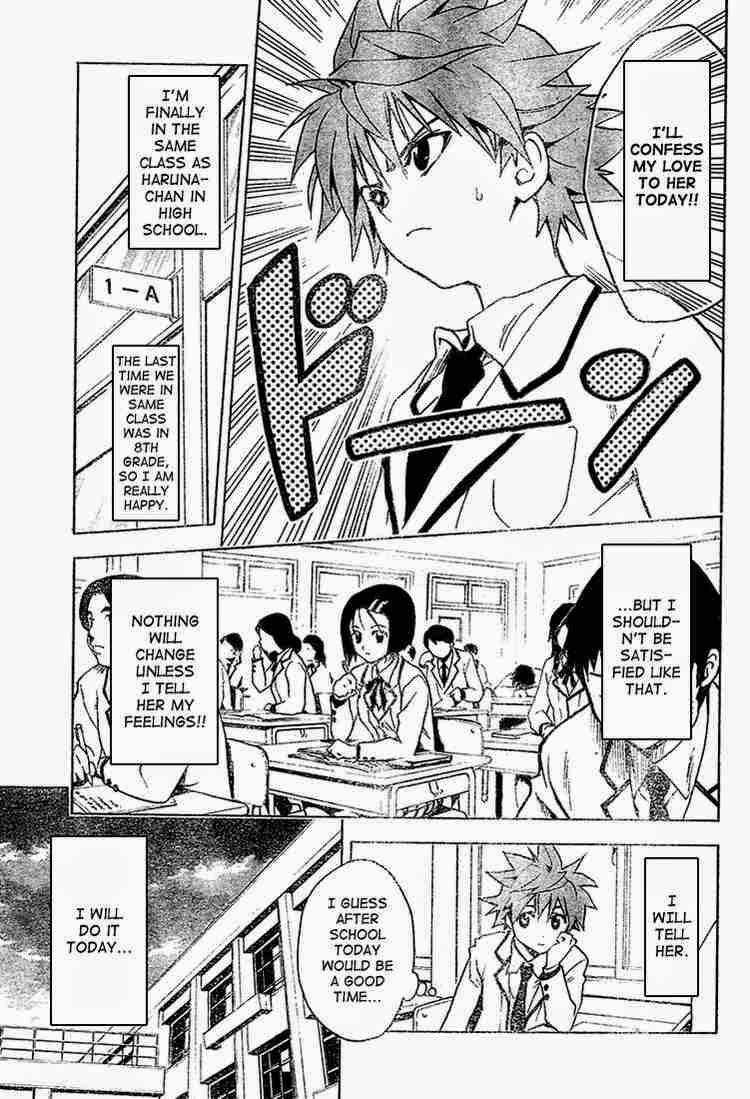 In chapter 1, A Girl Who Descended, Rito Yuki is determined to confess to the girl of his dreams. He fails, spectacularly. In fact, his fail is so epic that I'm pretty sure failures everywhere cried out. Whether those cries were of agony or joy has yet to be decided.

What makes his failure even worse is that there was no outside interference. Rito suffers from that serious case of Cannot Talk to Women, an unfortunate trope that most harem protagonists suffer from. However, his inability to speak with Sarenji seems to have been cranked up to 9,000.

Despondent from having failed for the nth time, Rito decides to sulk in his bathtub, because, you know, that's what people do when they're depressed. They sulk in a tub. Don't believe me? Just ask Rito Yuki. He'll tell you that's what everybody does. While he is sulking, a naked girl randomly appears in his tub. Yes. A. Naked. Girl. All caps. Not only is she a naked girl, but she's a gorgeous naked girl.

Lala Satalin Deviluke is an alien from the planet Deviluke. I'm pretty sure her name, and the name of her planet, is a pun, especially since Lala has a spaded devil's tail, as do the rest of her people.

Lala is probably my favorite character out of any manga. I'll admit, while I'm not one of those otakus who have hug pillows of their "waifu" or something, Lala is definitely my anime/manga crush. She's bright, cheerful and beautiful. Her only real fault seems to be her lack of common sense and her inventions, which tend to cause accidental chaos and devastation where ever they're released. 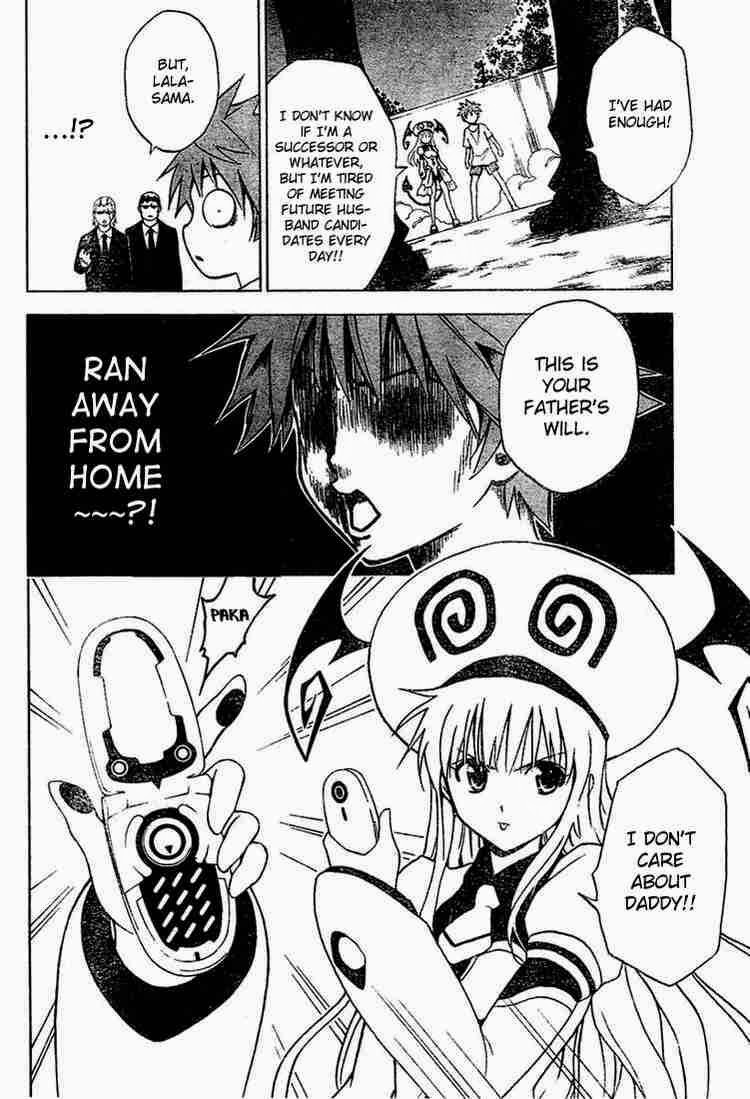 Putting aside the characters, while this story has a stereotypical harem feel, I actually really like it. Unlike some other harem manga, which try to pretend they're something they're not, To Love-Ru is refreshingly straightforward. It doesn't pretend it's anything but a typical harem manga, doesn't try fooling you into thinking it's something else. What you see is what you get here, and that's what I like about this so much.

The ecchi has nothing to do with it. I'm serious.

Overall, I enjoyed this first chapter. It's a good introduction into a manga that isn't very original, but manages to spin unoriginal tropes into a story that still entertained me.
Posted by Unknown at 7:27 AM No comments: