Noragami was one of the best anime to hit 2014, and one of the few that I feel managed to do everything right. You think I'm joking? I'm not, this anime was awesome. I think my only disappointment with it was that it hasn't gotten a second season yet. 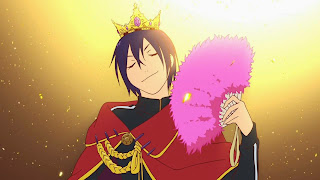 So what's this anime about? Well, you've got a god who wants to become really popular and famous, that way he can have his own shrine and a bunch beautiful maids serving him... I know, it doesn't sound very godly, does it? Then again, a lot of gods seem to have issues with pervyness and narcissism, so I guess Yato, a down on his luck god with barely a yen to his name, is just doing what every other god does. 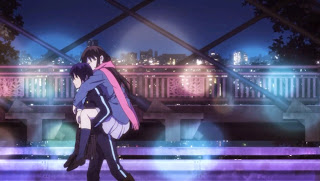 One of my favorite aspects about Noragami has to be its characters and their development. This anime has some of the best and most memorable characters I've seen in recent years. Where other anime seem to use cookie cutters to create their characters, the ones in Noragami not only feel unique and original, but they also feel like real people with real problems, which is odd because one of those people is a god and the other boy that turns into a sword, but I suppose that's what makes this anime so great. Even though you know these characters aren't real, they feel like real people you'd meet when you go out. 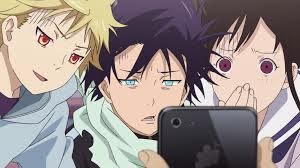 Another thing I really love about Noragami is the humor. It's actually very intelligent and witty. Too many anime rely on slapstick comedy and panty shots to make people laugh, and I feel like a lot of studios have lost sight of what truly makes an anime good. Noragami doesn't do that. There's no real fan service, and it relies mostly on the vibrant personality of the characters to drive the humor and plot forward.

Of course, the story itself isn't all fun and games. It's much deeper than your typical anime. There were some times where I was close to getting some serious waterworks going on. Seriously. A number of scenes in this anime almost made me cry. For every time I laughed, there was another where I came close to shedding tears. This anime had me laughing, crying, and sitting on the edge of my seat, biting my nails as I worried for the characters well being. Yeah, that's right. I became worried about a group of fictional characters. That just goes to show you how good this anime is. When you can grow worried about the characters in it, you know the anime is awesome. 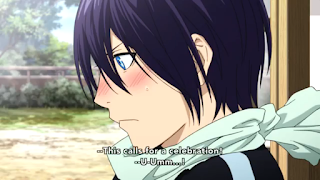 All in all, this is one of those anime I would recommend you watch, regardless of whether or not it's your preferred genre. You won't be disappointed.
Artwork: 9/10
Character Design: 10/10
Character Development: 10/10
Storyline: 9/10
Musical Composition: 7/10
Overall score: 9/10
Posted by Unknown at 6:03 AM No comments: