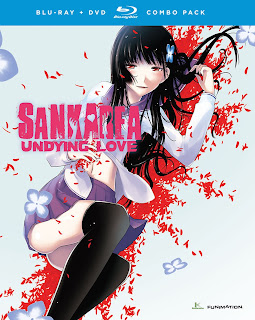 I'm sure all of you know about zombies. There's been a huge zombie craze ever since Night of the Living Dead first came out, and it's only become more popular since then. We've had a string of some really awesome zombie-related works, such as the Resident Evil and Silent Hill video games, and then we've had some really crappy stuff like the movie Warm Bodies, which I thought was quite possibly the worst cinematic production featuring zombies of all time. 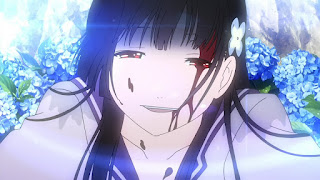 Sankarea falls somewhere in between these two extremes: awesome and so gross that I want to vomit. It's basically the story about a zombie obsessed boy who wants a zombie girlfriend, and a young girl who becomes that zombie girlfriend, more or less. I think the part that I don't really like about this story isn't so much the story itself, but the concept behind the story, which is basically some dude who wants to screw a corpse. The idea just freaks me out, and is the main reason for my conflict. 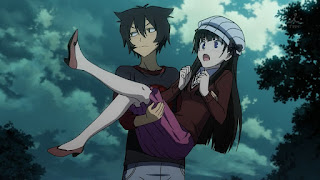 That being said, in spite of the "oh my god, what the hell is wrong with you people?!" aspect that I feel when I think about a story about a dude who wants to date a corpse, I did actually enjoy the story itself, which held some surprisingly deep, meaningful and intense plots.

The saving grace of this story isn't necessarily the story itself, but the development of the characters and what they go through as the story progresses. Rea is a surprisingly sweet character, if you can get past the fact that she's basically a walking corpse, and Chihiro is actually pretty cool, once you get over the fact that he wants to date a walking corpse. The interactions between the two can be quite humorous at times, and there were a few times where I wanted to "aw"--until I remembered Rae is a zombie, and then I wanted to go, "what the hell is wrong with you, Brandon?!" 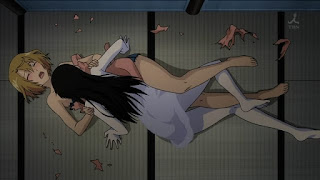 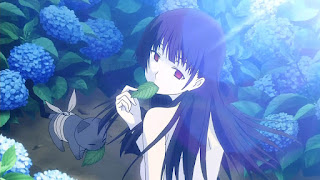 The story itself actually deals with some major issues, the kind that you hear about in the news and think, "dear god, that father is a twisted, disgusting freak, and I'm glad he's getting thrown into the slammer!" Yes, it's those type of issues. I won't say too much, but let's just say Rae's father is the reason she became a zombie in the first place.

Despite the serious creepy factor this anime had going for it, I did enjoy watching it. However, I will also admit that this anime isn't for everyone. 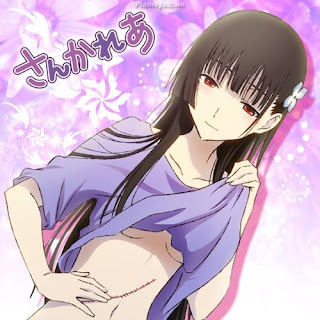