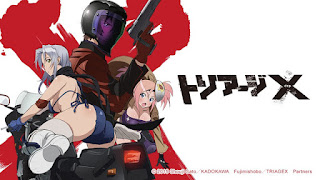 Mochizuki General Hospital boasts some of the most well-trained (and well-endowed) nurses in town. But though these ladies spend much of their day battling sickness, their after-hours are spent fighting a very different sort of disease…Under the leadership of the hospital chairman, a handful of staff members and local teenagers form a group of mercenary assassins, targeting the “cancers” of society and excising those individuals before their wickedness spreads.

What can I saw about Triage X. Hm, well, the premise was decent. I like the idea of mercenary assassins killing evil individuals in order to protect the world and keep corruption from spreading. Unfortunately, I don't think this anime quite reached its true potential. Why? Because they focused too much on the boobs and not enough on the plot - I mean the story. What at first sounds like an interesting story filled with action and a multi-faceted plot soon becomes an anime that is essentially boobs and violence. Now, there is nothing wrong with this, but when I went into the anime, I was expecting something a little more serious than jiggling breasts. I mean, I kinda knew there would be some fanservice, but not this much. While I'm not sure I would have minded this in another anime, in this one, I feel like the story itself suffered because the animators focused more on making every woman's boobs bounce than they did on making a good story. This anime is basically an urban fantasy version of Queen's Blade, which has been hailed as one of the greatest failures in anime history. 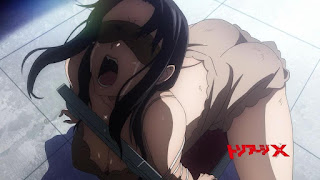 This story had its hand in way too many genres. It's basically a secret society show about high school teenagers and large-breasted women who work at a hospital during the day and secretly assassinate people by night. It tries to be a slice-of-life high school show, a medical drama, an action series, a crime mob series, and worst of all, a bad fanservice series. Now, contrary to my complaints, I do not dislike fanservice. I don't. If the anime does it right, I can enjoy fanservice as much as I do every other genre. I love To LOVE-Ru and its epic boob falls, Highschool DxD is one of my favorite anime, and I thought the fanservice in Cat Planet Cuties was adorable. But this? Triage X's fanservice is just a bunch of women with swollen, misshapen breasticles. Seriously. I don't even think the guy who did the illustrations for this knew what a real pair of breasts look like. Every girl in this anime has tits so large they'd sag. It's disturbing. And the fact that even the high school girls have boobs that big makes it even worse. I love fanservice, but even in a bad fanservice show, I at least expect the illustrations to be gorgeous. These just bothered me.

Now, let's take a look at what this show failed at. First off, the high school aspect of the show. We're basically given nothing about this. We see a few scenes where two of the characters are in high school, but that's about it. It's never developed beyond being there to tell us that the characters are leading a double life. The medical aspect of the show is like a really bad metaphor. The entire idea is that these people are doctors who exercise tumors, and the people they assassinate are the tumors. While that sounds really cool, the idea never went beyond the metaphor phase. The crime aspect could have also been interesting, but I don't even think the people directing this knew how real crime lords and drug cartels acted. Every bad guy was basically just an insane scumbag who committed crimes with all the subtlety of a bull in a China shop. They didn't even try to stay below the radar. They didn't try to be clever. You know that girl in the GIF image with arrows on her nipples? Yeah, that's basically how every criminal is in this story - about as subtle as a jack hammer. It's completely ridiculous. 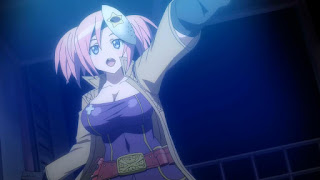 The problem is none of these themes mesh. It doesn't help that all of the characters are one-dimensional. Perhaps its because the director tried shoving too many genres into a 10 episode series, but none of the aspects work well together, and the character's aren't fleshed out enough to carry the story on its own. Maybe if this story has 24 episodes to develop its characters, it could have been better. But then again, I feel like if this anime had 24 episodes, it would just be 14 more episodes filled with nothing but oversized breasts. 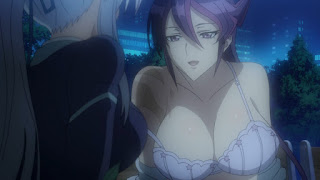 Now then, despite all of my complaints, this anime did do some things right. The animations are sick, like, awesome sick. The animators were really spot on with keeping the animations fluid, and all of the characters stayed on model, so you didn't have any characters who suddenly looked different because they couldn't retain that characters unique design while animating. Considering this anime has a lot going on, that is a very impressive feet. However, aside from the technical aspects of this anime, nothing else about it really stood out as good to me. 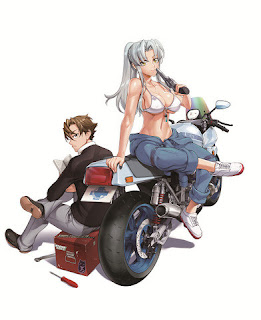