Is It Wrong to Try to Pick Up Girls in a Dungeon, Volume 2 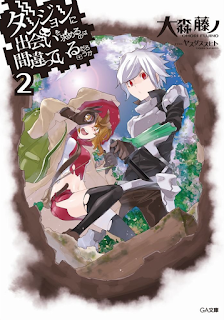 Starting where the first volume left off, volume 2 of Danmachi furthers the series by introducing a new member to the caste of females interested in Bell, and it also f0urther explains the world at large. 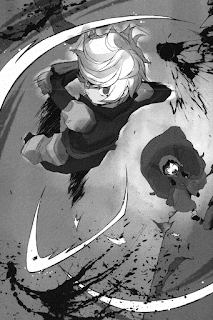 I found this volume to be much more engaging than volume 1. This might have been because we didn’t get as much of Bell’s POV as we do in the first volume, but I think another reason might just be that this story felt a lot more straightforward. In it, we have a clear problem that eventually gets solved by Bell. In volume 1, there really wasn’t any problem. It was just a story about Bell Cranel getting more powerful, having several girls fall in love with him, and him being a clueless idiot. 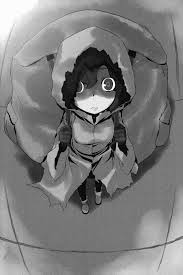 I wonder, maybe it’s just me, but I feel like the writing style has also improved a good deal. Even Bell’s first person POV doesn’t bother me like it used to. The sentences aren’t as choppy and feel much more fluid. I wonder if this is a way of showing Bell Cranel’s growing maturity, or if this is simply the case of the translator improving.

Either way, I felt like this volume was much better than the previous one. The story had a more involved plot, the writing seemed much better, and the characters continued to be engaging all the way to the end. 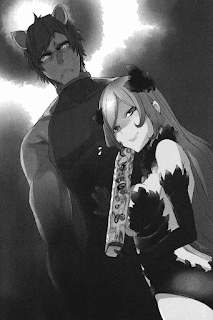 If there is one thing about this volume that I didn’t like, then it’s Bell Cranel’s continued ignorance towards women. I mean, okay, I get that the “clueless idiot when it comes to romance” is a major trope in Japanese pop culture. I understand. But, there comes a point when the main character’s denseness towards the opposite gender stops being cute and becomes annoying.

Bell Cranel’s denseness is annoying. It’s especially annoying because it is so blatantly obvious that these girls like Bell that even an idiot should get it. Seriously, when multiple women hug you to their chest, there are not many things that this can be mistaken for. The fact that Bell still doesn’t understand why all these women are suddenly acting super affectionate really bugs me. One girl even flat out said that she was falling for him in the previous volume, and he STILL doesn’t get it. How freaking stupid can one person be? That’s not denseness. That’s willfully making a character ignorant for the sake of harem comedy plot. I really hope the author eventually fixes this, because while I like the story as a whole, this issue is one of the biggest turn offs for me.
Posted by Unknown at 5:03 PM 2 comments: