Yamada-kun and the Seven Witches, Volume 3 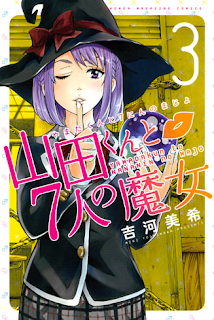 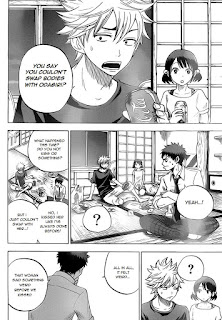 Starting where volume 2 left off, Yamada, Shiraishi, Miyamura and Ito have all gone off to a school camp. They had a blast last volume, especially Shiraishi who, thanks to some good old-fashioned Yamada pep-talking, spent a lot of time with the new friends she's made sense she and Yamada first switched bodies. Last episode we were treated to a good dose of humor, a healthy heaping of character interaction, some plot, and a few scenes of fanservice. Not a bad volume all told, but Volume 3 is even better.

First off, we're introduced to a character who, though we've seen her before in the last volume, she gets a lot more time in this one. Nene Odigiri, within the very first chapter, tries to blackmail Yamada into convincing Shirashi to not take part in a mock exam being held the next day. Yamada tries refusing, of course, but unfortunately, Nene has pictures of Yamada not only in the girl's hotel room, but also going through Shiraishi's bag! It's not really him, but actually Shiraishi in Yamada's body. However, that means when someone has pictures of you, or what looks like you, pulling out and admiring girl's underwear. While Yamada tries to solve this problem on the own by switching bodies with Nene and deleting the picture, in the end he's forced to tell Shiraishi about his problem. Why? Well, there's the plot twist - Yamada can't switch bodies with Nene! That's right, his body switching power, which has been the basis for the first two volumes, doesn't work with her. Why? Who knows. Well, I know, but I'm not giving away any spoilers. No sir. You wanna learn more, then you'll just have to read this volume yourself. 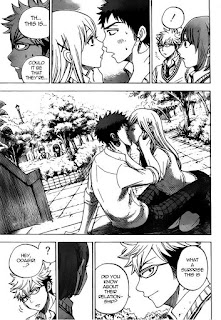 Volume 3 is definitely my favorite volume here, not only because we get to see a lot more random kissing scenes, but also because of how the plot is developing. I feel like the story is really beginning to go somewhere. It has all of the humor and engaging hilarity of the last two volumes, but it also shows us that this manga is more than just a silly comedy. The storyline develops a lot in this episode, and we get to learn more about the side characters. Volume 3 was a lot of fun to read. It kept me engaged all the way through to the end, and I'm looking forward to reading the next volume.
Posted by Unknown at 10:41 AM No comments: