They are coming. The next season is near, and with it, I've already lined up several anime to enjoy. Wanna know what those anime are? Read on, if you dare. 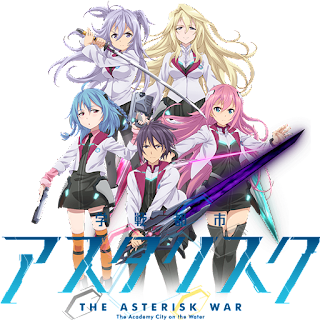 The Academy City on water, "Rikka". This city, otherwise known as 'Asterisk', was famous for being the world's largest stage for the integrated battle entertainment . The young boys and girls belonging to the six academies made their wishes with Shining Armaments in their hands, vying for supremacy -- Amagiri Ayato is one of them.

Ayato arrived at Rikka at the invitation of the Student Council President of the Seidoukan Academy, Claudia, and right after that he incurred the wrath of the Julis, and ended up having to duel her. 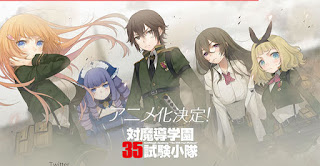 Set in a world where people with magic powers are close to being wiped out. Just as the balance of power and military might had once shifted from swords to sorcery, it shifts once again to guns. Takeru Kusanagi goes to "AntiMagic Academy," a training facility for Inquisitors of Heretics who crack down on the dwindling threat posed by magic users.

However, Takeru cannot use guns at all and can only fight with a sword. As a result, he is relegated to the 35th Test Platoon, the motley "small fry platoon" for poor students. One day, Ōka Ōtori, the ultra-elite pistol master who already has her qualifications for witch-hunts, joins the platoon. 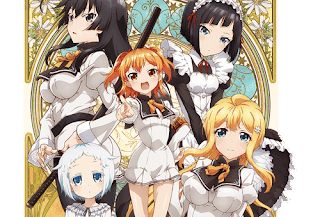 In a hidden school surrounded by mountains, young ladies of good families are taught everything a high class lady needs to know. They are also completely cut off from the outside world, keeping them sheltered and innocent. However, a problem has come up recently-- more and more graduates are failing to cope with the modern world after graduation. To deal with this problem, they've decided to kidnap a male commoner student, and enroll him as a student. They hope that this will be a gentle way to introduce the girls to the outside world.

Kagurazaka Kimito is chosen for this dubious honor, mostly because he seems utterly average. However, the school leaders also seem to have concluded he's a homosexual with a muscle fetish. When Kimito hears that the alternative may be castration (to protect the girls' purity), he eagerly plays along with this misconception. Now he'll just have to survive the attention of many high class young ladies that are completely out of touch with the world! 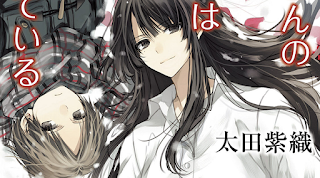 The novel series revolves around Shōtarō Tatewaki and Sakurako Kujyō. Shōtarō is a normal high school student with a serious demeanor who likes to show off his girlfriend Sakurako. Sakurako is an extraordinarily beautiful woman in her mid-20s from a rich family who loves "beautiful bones." The two live in the city of Asahikawa in Hokkaido, and they get involved in various incidents regarding bones. 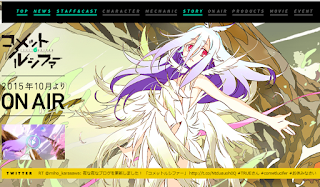 The story takes place on the planet Gift, where precious crystals called Giftjium are buried in the earth. A young man named Sōgo lives in Garden Indigo, a prosperous mining town. Sōgo's hobby is to collect rare crystals. One day, he gets wrapped up in a riot caused by his classmates Kaon, Roman, and Otto, and he loses his way until he finds a lake deep under the ground's mining ruins. There, he meets a mysterious girl with blue hair and red eyes that gaze straight ahead. The story follows the adventure of what happens after this meeting. 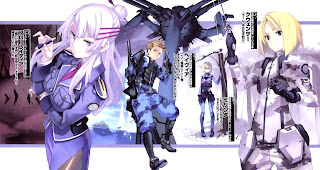 Kwenser came to the Alaskan military base to study Objects, the new weapons that have completely revolutionized war as we know it – battles are fought by soldiers controlling Objects far away from harm. However, when he starts to get close to Object pilot Milinda, will he discover the grim truth behind Heavy Objects? 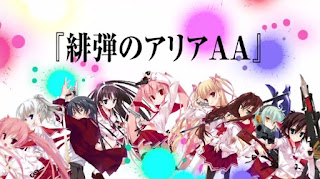 A young girl idolizes the world-renowned S-ranked butei Kanzaki H. Aria and plans to follow in her footsteps. However, her test grades her out as only an E-rank! All is not lost, however, as Aria agrees to give her some pointers. Can Aria help this newcomer become a first-rate butei? 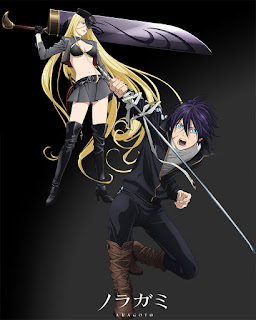 The second season to one of my favorite anime. It's based on the manga's "Bishaman" arc. 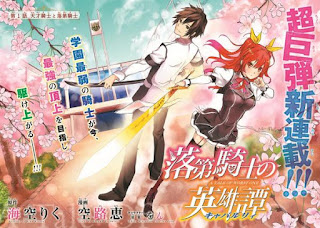 The "school sword action" story revolves around Magic Knights, modern magic-users who fight with weapons converted from their souls. Ikki Kurogane goes to a school for these Magic Knights, but he is the "Failed Knight" or "Worst One" who is failing because he has no magical skills. However, one day, he is challenged to a duel by Stella, a foreign princess and the "Number One" student. In this duel, "the loser must be obedient for life." 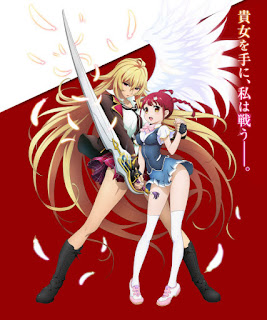 The "beautiful girl sexy battle action" anime is set on five artificial islands. Mamori is a "mermaid" transferred to one of those islands. When Mamori is attacked, a newly transferred girl named Mirei saves her. The enemy doesn't stop, however, and the two are soon cornered. Just when they think all hope is lost, Mirei kisses Mamori, and Mamori turns into a sword. Mirei then wields the sword and launches a counterattack against their enemies. 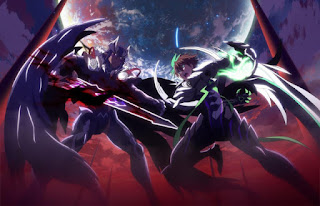 The second season of an anime filled with action and boobs. 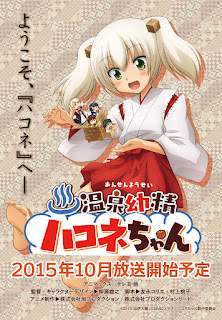 After many years of dormant rest, the hot springs fairy Hakone-chan awakens in modern-day Japan. However, while she slept, she took on the appearance of a young girl. She decides to cooperate with the locals whilst trying to regain her powers with the help of high school boy Touya. 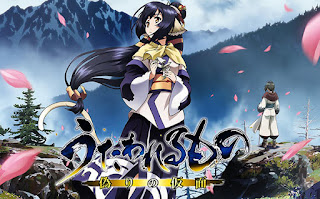 When I came to, I realized I was standing in the middle of a vast, snowy plain I knew nothing of. I didn't know how I got there. And to add to that, I couldn't remember anything, not even my name. I stood there, dumbfounded at my absurd situation. But then, as if to spite me further, a gigantic monster suddenly appeared, a insect-like creature that began to bear down on me. I tried desperately to run, but it cornered me into a hopeless situation. It was then that the girl appeared. Her name was Kuon. It was this beautiful girl, who bore an animal's ears and tail, that saved my life. 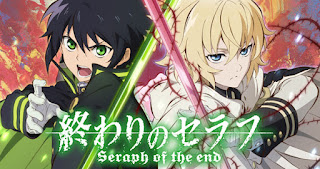 The second season of Owari no Seraph, my current favorite vampire anime - and quite possibly my favorite anything with vampires in it.
Posted by Unknown at 4:05 PM No comments: