Wattpad, What You Need to Know About It 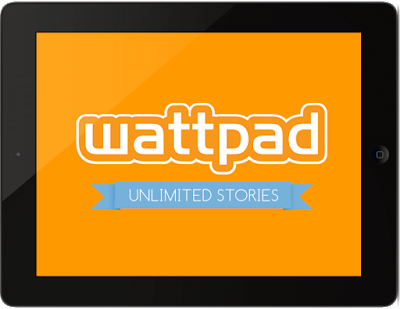 Wattpad is currently the largest database of online stories. With over 30,000,000 readers worldwide and plenty of writers, it's probably the best place for aspiring authors to hone their craft, receive reader feedback, connect with like-minded individuals, and get noticed.

Unfortunately, Wattpad is difficult for a single author to become noticed. You'd think with so many people on it that all anyone would have to do is publish a story and voila! Instant notification. But that's not so. The truth is, with so many stories being posted on Wattpad, and with new stories coming out every day, getting noticed here is just as difficult as getting your book noticed in traditional publishing - maybe even more so!

Which is why I've decided to tell you guys what I know about Wattpad, to help those of you who are thinking about publishing stories there succeed.

Anyone can write, but not everyone can write well. The truth is that there are hundreds of thousands of stories on Wattpad, and not all of them are well-written. If you want to be noticed on Wattpad, then you need to make sure your writing is up to snuff. That means making sure your grammar is impeccable and your prose are clean, concise, and easy to read. Don't stop at self-editing. Do your research and find a beta reader who knows their English, or whatever other language you're writing in. The first step on the path to getting noticed is to make sure that your story is grammatical correct and doesn't make people's eyes bleed when they read it.

No one wants to read a boring story. Reading about how so-and-so got out of bed, yawned, scratched behind his/her ears, and then took a shower, is so incredibly dull. It's not fun to read, no matter how many people who write stories seem to think otherwise. If you want to have people read your work, then you need to write something that's going to catch their attention. Whether you're writing an epic fantasy, an intense sci-fi, or an emotional romance, you need to write a story that will engage your readers, something that will keep a hold of them and make them never want to stop reading - even after the story ends.

This is a point that I cannot stress enough. If you want people to notice your story, then you need to update more than just once a month. I would say that you should update even more than once a week. At the same time, you don't want to upload your entire story all at once. Wattpad uses an algorithmic program to help stories get discovered. By updating frequently, you can ensure that more and more people will see your story. I would suggest updating at least twice a week. If you need to make your chapters shorter to accomplish that, then do so.

Step 4: Votes and Why They're Important

Wattpad has a voting system where, if a person likes one of your chapters, they can vote for it. When someone votes for a chapter, it appears in that person's dashboard, stating that they liked this chapter, and consequently, your story. This has the added benefit of allowing anyone who follows that person to also see that they liked your story. Want a more thorough explanation? Very well. Let's say that someone who has 123 followers votes for one of your chapters. This means that 123 will see that this person has decided that your story is worth reading. While some might skip over your story, others may become curious. They may check your story out, think it sounds interesting, and decide to read it. If they do, and they like it, then it means you have another fan. And if they vote for it, well, then it means whoever is following that person will now know that this person thinks your story is awesome. It's kinda like the domino effect. As more people vote for your chapters, more and more people will see those votes appear in their dashboards, which will lead to them checking out your story to see what the buzz is all about.

Now, some people may not see when someone votes for your chapter. Perhaps they're not on at the time the person they followed voted, or maybe they've got so much on their feed that they missed this person voting for your chapter. This also ties into Step 3. By updating your story twice a week, you ensure that everyone who might have missed it, will get a chance to see another one of your chapters being voted on.

Step 5: Engage With Others

Wattpad is as much a community as it is a place to read stories. It has clubs and forums and places where people can meet like-minded individuals. Go to these places and find these people. Talk to them. Are you a fantasy fanatic? Go to the fantasy club and check out some of the forums online. Find one that interests you and talk to the people posting on it. Like romance? That's fine. Wattpad has a romance club as well. Or maybe you're interested in becoming a better writer. Wanna learn more about the publishing industry? There are clubs for these as well. By going onto these clubs and engaging other people, you can find friends who will support your writing endeavors. Who knows, some of them may even be interested in reading the story you wrote.

Don't expect other people to comment on your story if you're not willing to do the same. While leaving someone a long, juicy review might not convince that author to read your story, I can guarantee that someone will see your review, check out your profile, and decide to take a look at one of your stories. And, while not always true, the author who left you that juicy review may decide to check out your story, or even follow you. If that person has a large following, enjoyed reading your story, and decided to vote for your chapters, then you've just got someone who could very well help see your readership exponentially increase.

Step 7: Don't Ask Other People to Read Your Story

I cannot stress this enough - asking someone to read your story, either through messaging or by posting on their profile, is hands down the worst way to get readers. First off, it's incredibly rude. Second off, it's annoying to the people who's inbox or profile page is being bombarded with "READ MY STORY!" requests. Third off, you shouldn't do it. It's just not write. Get it? Not WRITE!

Asking people to read your story through PMs or leaving notes on their dashboard is a terrible way to convince someone to read your story. This is especially true for the people who have large followings. Don't ask someone with 6,000 followers and several published Wattpad stories to read your story. Those people already have their hands full just writing their own stories. If you really want to get their attention, then read their story and leave them an exemplary review that details everything you liked about their chapter.

That's what I did. I read someone who wrote a story that got over 4 million views on Wattpad, became so popular that it was picked up by a literary agent without him having to send a query letter, and then got published and is now doing quite well. This person has 29,300 followers on Wattpad, and you know what? After he read my reviews - and I left a really long and detailed review for each chapter - he decided to follow me. I didn't ask him to read my story, and I didn't bother him with "PLEASE FOLLOW ME!" requests either.

Also, leaving a nice review for someone with a popular story will get other people who read that story to notice your review. These people may decide they liked your review and check out your profile, and if they like the story you're publishing, well, then you've got another fan.