I meant to review this a while ago, but life got in the way and I haven't been able to do so... yeah, you're not believing me, are you? Okay, fine. I got a little lazy during the holidays. It happens to everybody.

Before I really begin, I would just like to say that Log Horizon is probably the most well-translated light novel I've read. A lot of other light novels will usually have awkwardly structured sentences that make me do a double take and re-read it to make sure I'm not seeing things, but not Log Horizon. I don't know if this is due to the original author, or if the translator is just better at fixing sentences that would be awkward in English, but I really enjoyed how well-written this novel was. The whole series thus far has been well-written. 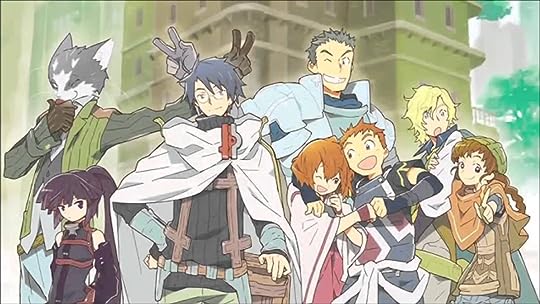 Volume three of the light novels branches off into two separate storylines. The first story follows Shiro and the other members of the Round Table, as they visit the Eastal, League of Free Cities, for the conference of Eternal Ice. They were apparently invited there sometime before the start of volume 3, but after volume 2, by the People of the Earth. It seems that the creation of the Round Table has spurred the People of the Earth into taking action, and so Shiroe and his gang have been invited there so the People of the Earth can determine whether or not they're a threat. Naturally, Shiroe and his group have accepted the invitation for the same reason.

I think it's interesting how Mamare Touno has incorporated People of the Earth politics into his world building. This is the only "trapped in a game" light novel I've read that does this. Every other light novel ignores the NPCs, but in here, you actually see how the Adventurers presence affects the People of Earth, who, before they became trapped within Elder Tales, were nothing but NPCs with a series of predisposed responses. Now Shiroe and the Round Table members has to navigate their way through the political arena and learn more about the people who occupied this land before them. I really enjoyed the take on this. 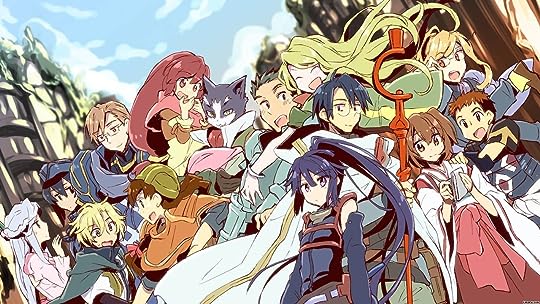 The second group that this volume follows is Touya, Minori, Rundelhaus, and Izusu, as they begin their training in the way of the adventurer. I'll be honest, I wasn't as interested in what they were doing. Yes, watching them grind a dungeon did make me a little nostalgic. I remember when I used to play video games - and MMOs in particular - and we'd always form parties and tackle dungeons. At the same time, they're just not as interesting to me. I'm more invested in seeing Shiroe's side of the story than I am theirs.

At the same time, it is nice to see more world building done here. I enjoy how Mamare Touno has mixed MMO mechanics with a fantasy world. This world is different from the one they knew when Elder Tales was just a video game, and now that it's their world, a lot has changed. However, some things from the days when this was just a video game remain, and the level up system for Adventurers is one of them. 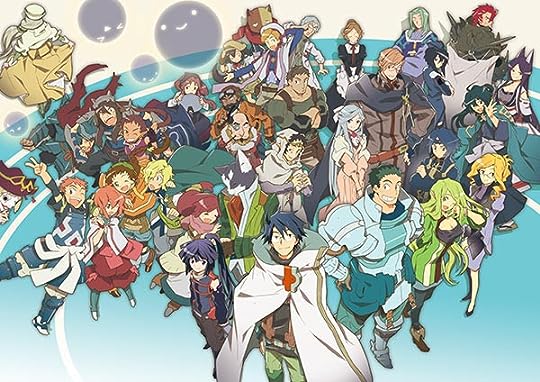 All in all, I'd have to say that this was a very fun volume. Now I need to get End Game part II, because apparently, Mamare decided to split this particular arc in half. Too bad it's not out yet.

View all my reviews
Posted by Unknown at 5:22 AM No comments: