Strike the Blood, Vol. 2: From the Warlord's Empire by Gakuto Mikumo
My rating: 5 of 5 stars


I'd just like to say, starting out, that this light novel series is clearly of the magical harem high school variety. While it never outright says this, you can tell from the way the story progresses. I know that's a turn off for some people, but I enjoyed it. I guess that's because this is one of my guilty pleasure genres. 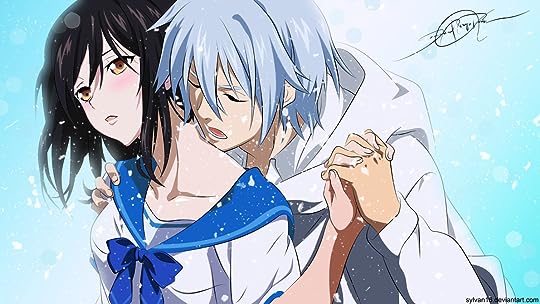 This story starts off simply enough. It's an average day in the life of one Kojou Akatsuki, who has to deal with Yukina Himeragi, his watcher and a Sword Shaman from the Lion King Agency. Once more, I thought their interactions were very cute. They remind me a lot of a married couple. They bicker and argue, but they also have fun together and feed off each other's personalities. One thing I enjoy is how everyone else seems to see the romance between them, but they're both oblivious. 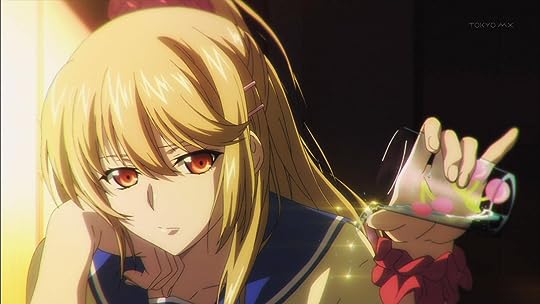 "How would she get back at a bunch that had deigned to make her work for free."

Of course, while Yukina is an asskicking sweetheart, the true show stealer is definitely Asagi Aiba, a high school student who, in her free time, works as a programmer/hacker for Itogami Island and many franchises stationed there. Known as the Cyber Empress, we learn a lot more about this particular female who seems to like Kojou - though we have yet to learn why she has a thing for him. I am hoping that will eventually be explained. 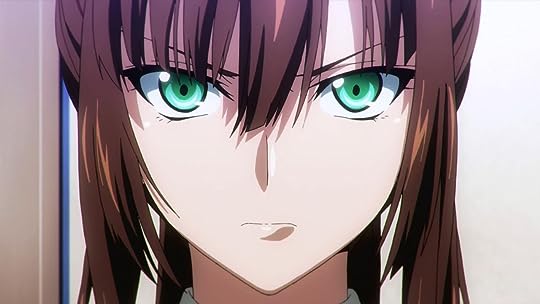 The series is one that introduces two new characters to the caste, while also bringing back the characters from the last novel; Sayaka Kirasaka and Damitrie Vatler. Both bring a new dynamic to the series. Damirtrie is an ancient vampire who's come to quell the boredom brought on by immortality, and Kirasaka is a War Dancer and Yukina's best friend - who apparently harbors an intense love for Yukina and a hatred for Kojou.

As expected for a light novel series like this, book 2 starts off on a high note and ends on a high note. The writing is decent, a few mistakes here and there. The story is enjoyable, if a little predictable. The characters are fun to read about. And the artwork is nice. I actually think that this series is one of the better illustrated ones. While some might call it simplistic, there's a certain charm to the more basic and professional line art of Manyako. Now, while I wouldn't call this the series of the century, all in all, I felt like it was an entertaining read.

View all my reviews
Posted by Unknown at 7:34 AM No comments: