What starts off as a creepy harem comedy about a 10 year old boy teaching a bunch of 14 year old girls eventually turns into an epic journey that is, surprisingly, really fun to read. Are you shocked? Astonished? Don't worry. I am too. Truth be told, the initial story behind this series is one that I didn't think I would like. I'm not into manga about 10 year old's being put into pervy situations with his 14 year old students. It's just awkward. 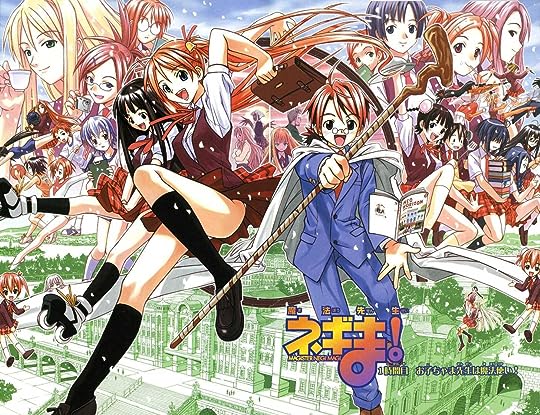 The first volume starts off with Negi, a young mage who graduates from a magic academy and gets his first job as a mage... which somehow ends with him being a teacher for a bunch of girls at an all-girls school. I'm not really sure how being a teacher is supposed to help one become a better mage, but I'm assuming there are plot reasons for this, like, ya know, the, "oh, my God! I just ran into the girl's communal bath to find a bunch of surprisingly busty middle school girls naked!" kind of plot. Either way, it sort of creeped me out, and despite how I enjoyed Ken Akamatsu's first manga series, Love Hina, I was initially turned off due to the ages of the characters. 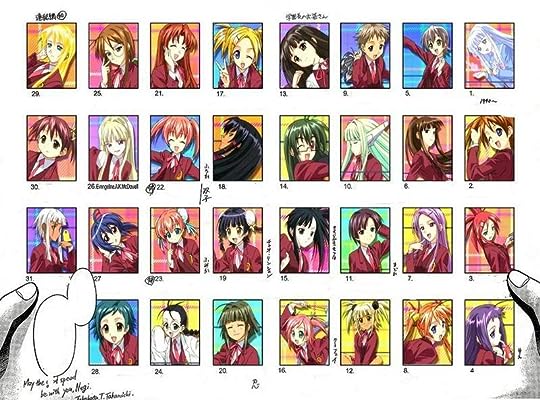 Despite my initially being put off, I continued reading, hoping that it would get better. Low and behold, this manga does get better. As you begin to read more volumes, you learn more about all of the girls that make up Negi's class - and let me tell you, these girls are an absolute riot. They're the most carefree and insane group of outgoing people I've read in a manga. Each one has a distinct, unique, and vibrant personality. Not only do they have great personalities, Ken Akamatsu is able to balance the amount of time they spend within the manga panels, giving all the main characters a moment to shine, while allowing side characters to get their time in the limelight. Several of the characters who, at the beginning were just background characters, occasionally get pulled to the front, where you learn new and exciting aspects about them - their past, their dreams, their goals. It was the way these characters are portrayed that really sucked me in. 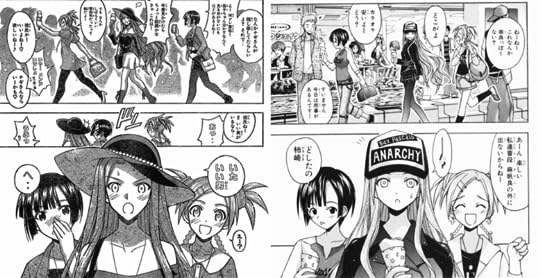 As the manga progresses, I became less bothered by the random bouts of nudity. Now, I'll admit, part of that might just be my propensity as a male. We're horndogs at the best of times. However, like I said earlier, I was initially put off because of the characters' ages. I think what softened the blow here was how... busty, many of the girls are, and how surprisingly mature they acted. I just can't see them as a bunch of middle school students. The more I read, the more I realized that many of these girls acted more like high school and college students. That they also LOOK like high school and college students further took the edge off their actual age. In the end, I just decided to think of them as being older than they actually are, and decided that the middle school setting was simply part of the plot by which Ken Akamatsu decided to tell his story with. 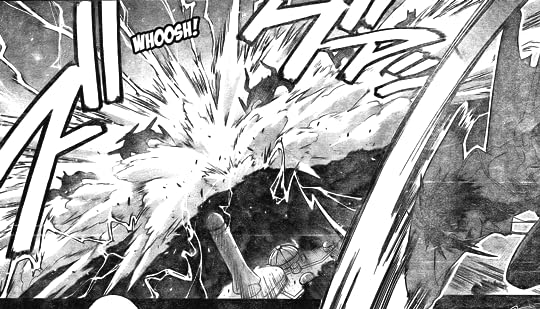 One aspect of this story that I really enjoyed was how it mixed and matched genres. At the start, this series is almost purely romantic comedy with a lot of fan service. As the story progresses, it enters the realms of magical realism, fantasy, epic, tournament, dark fantasy, sci-fi, sci-fantasy, and it continues playing the guessing game all the way to a most satisfying conclusion. The manga's evolution from purely fan service-y romcom to insanely epic sci-fantasy with hints of romance and comedy is one of the aspects that I feel make this worth reading. 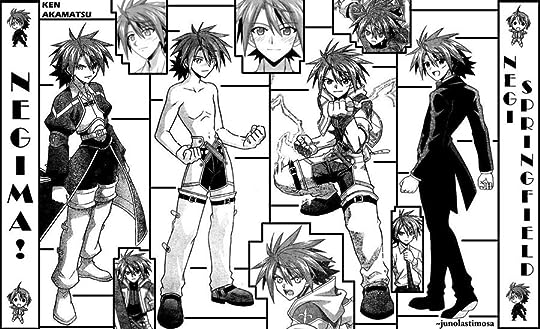 Of course, one cannot forget the main character. Negi starts off this story as a prim and proper Englishman... boy, who happens to be naive and incapable of dealing with real-life problems. His entire life is centered around the goal of finding his father. As the story progresses, Negi undergoes many metamorphoses, changing, growing stronger, becoming more mature. As a main character, and one in a harem series, I'd say that he's one of the better ones. If Ken had made him older, like, 16 at least, I probably would've placed him as my number one favorite character in a harem manga. As is, Negi is a protagonist who I enjoyed watching grow. 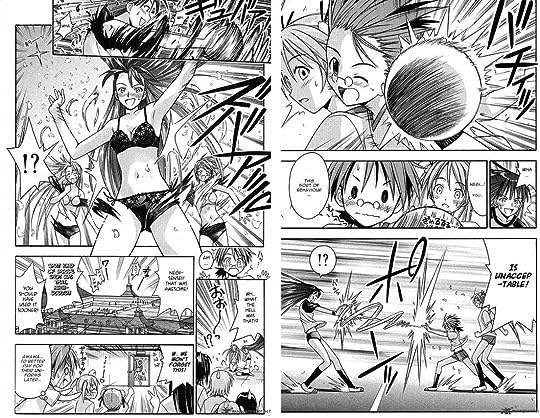 While some people may be put off by the risque humor, if you enjoy a little romance, fan service, epic magic battles, insane fights, well-crafted characters that you can actually care about, and a plot that becomes more complex and immersive as the series progresses, then you'll probably enjoy this series.

View all my reviews
Posted by Unknown at 7:13 AM No comments: