Mamare Touno has outdone himself with this one. Since this is part two of the current arc, there's no dilly-dallying here. We jump straight into a war with the goblins, who now have a king because none of the adventurers, who would have normally taken on the quest to slay the Goblin King when Elder Tales was a game, had done so this time.

I think the first aspect about this volume that I really liked was how the adventurers lack of quest taking was the cause for what happened here. When Elder Tales was a game, there was a quest that would come up every so often: Take down the Goblin King. However, thanks to the catastrophe that brought them to this world, so similar to the one they knew from the video game yet very different at the same time, the quest that would have dealt with the Goblin King before he became a threat was never taken. Thanks to that, the goblins crowned a king, who then decided to send out his forces to pillage and plunder the land.

Frightening enough to do the "glasses flash," fight? However, goblins aren't the only threat. What makes Log Horizon truly interesting isn't just how the goblins have come about because the Goblin King was never slain, but how it affects the People of the Earth. The People of the Earth, formerly NPCs in Elder Tales, are a society that was based off of older European culture. It follows the conscripts of many fantasy stories, where the times are more reminiscent medieval Europe, and their politics are quite similar. This presents an interesting contrast between the People of the Earth and the Adventurers, which causes friction during the debates on what they should do about the goblin army. 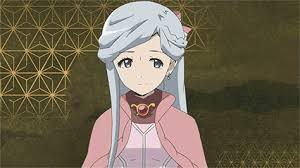 I feel that it's the People of the Earth who make this LN stand out so much. They aren't just NPCs in this. They are real people, and their politics harken back to days long forgotten. It makes for an interesting story.

Of course, there is far more to this story than just NPCs becoming real people. How Shiroe and the gang handle the political situation they've found themselves, how the goblins are dealt with, the carefully constructed world building, all of it feels a lot more well thought out than other LNs of its genre. Of course, having only read SAO and No Game No Life, I don't have much to compare it to, but between the three, this one is definitely my favorite.

If this story had one aspect that I didn't like, then it's how long winded it sometimes felt. There were occasions where the story felt like it was dragging on, describing aspects that would have been interesting if not for the fact that I was more curious about the story than the world building. They were in the middle of a war with the goblins. Such a thing should have been exhilarating, but some of the excitement was stolen because, during these scenes, the author would go on and on and on as he went into the perspective of whatever character the story was being told from at that time. There were occasions where it felt like pontificating for the sake of upping word count. That said, it wasn't as if I hated these moments. I just wished the story had moved a little faster.

In all regards, this series continues to stand at the top in terms of writing, world building, and character developing. I'm gonna buy the next volume.

View all my reviews
Posted by Unknown at 4:37 PM No comments: