Life as a vampire isn't easy. Life as the Fourth Progenitor, the most powerful vampire in the world, is even harder. Throw in a high school life, a beautiful exorcist to watch after him, a gorgeous friend who happens to be the world's best cyber hacker, a princess, and an angel and you have a catastrophe in the making. Such is the life of one Kojou Akatsuki, the mightiest vampire in the world and a high school student who seems to have unwittingly gathered several super powered females as a part of his increasingly large harem. 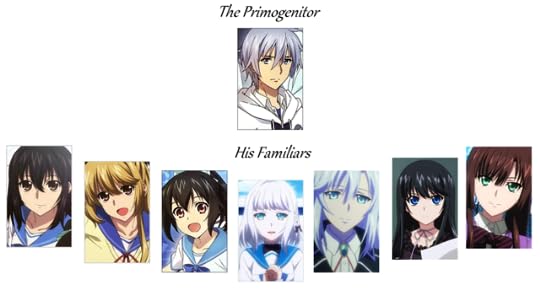 Oh. Wait. You thought I was joking about the harem part? No, sorry. This is no joke. Strike the Blood is your typical high school harem light novel series, which is probably one of the most prevalent genre of light novel culture. A guilty pleasure? Definitely. Fortunately, this guilty pleasure is better than most.

While the story itself is pretty cliche, I won't deny that I enjoyed reading this volume. It starts off slow, meandering along with Kojou Akatsuki as he blunders his way through regular teenage problems, which include but are not limited to: his gorgeous cyber hacker friend using him as inspiration for her art project, the beautiful watcher getting jealous over said hacker friend being with him, and trying to determine whether or not he should tell his hacker friend that he's a vampire... okay. So that last part isn't necessarily something that most high school teenagers have to worry about. The rest are--erm, could be, potentially... ya know, like, in another dimension where weird and improbable situations happen... 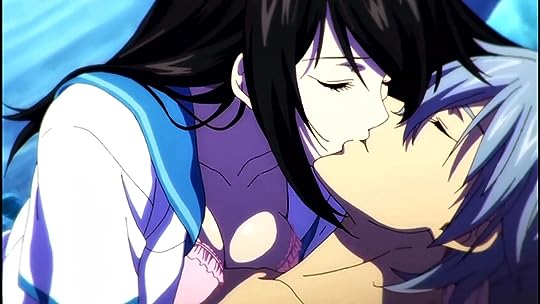 Overall, I had to say that I enjoyed the volume. Sure, it started off slow, but it eventually picked up the pace and became really exciting somewhere around the middle before eventually culminating in an action packed ending. I can also appreciate the fan service. That said, I'm biased toward the series since it is one of my guilty pleasures. However, if anyone else enjoys this particular genre, I would highly recommend giving it a read.

View all my reviews
Posted by Unknown at 11:08 AM No comments: