The Reason Twin Star Exorcist is Just an Okay Anime 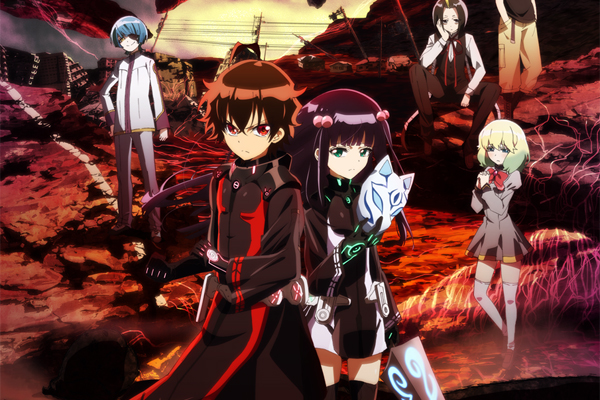 Last season saw a number of entertaining anime, including the likes of My Hero Academia and RE Zero - Starting Life in Another World, which I feel were the two best anime to have come out this season. However, not every anime that came out was amazing. Some were mediocre, and some were just okay.

Twin Star Exorcist is an anime that was just okay. It wasn't bad by any means, but it didn't have anything that made it stand out in the crowd. I guess it wouldn't be inaccurate to say that this series was an example of an average shonen. It had all of the standard shonen tropes, some of which it used well and others that fell flat. As interesting as the concept was, and as good as I think this anime could have been, I believe that it failed to live up to its full potential. 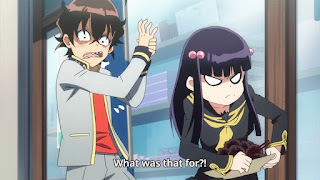 The first issue lay within the two main characters. Rokuro and Benio are the most typical example of a shonen couple. Rokuro is rash, reckless, and idiotic. Benio is calm and collected... until someone tries to steel her sweets. From the moment they meet, they hate each other. Despite this, everyone who sees them comments on how they, "act like a married couple." Clearly, these idiots have never seen a real married couple before. I don't think this would have been as big of a problem if the animators had done this right, but the problem is that they try too hard. When I watched this, I felt less like Benio and Rokuro's dislike of each other was justified, and more like the two were simply created this way for the sake of adding "couple humor." The fact that even after 12 episodes they are no closer to liking each other only adds evidence to prove my point. This sort of trope is only entertaining for a few episodes before it becomes contrite and dull. For something like this to work, something needs to happen. The characters need to progress. When they don't, the humor loses its appeal.

My second issue with this anime was the filler episodes. Filler episodes in anime are generally used to "fill in the space" between plots after the anime has caught up with the manga. Sadly for Twin Star Exorcist, there's no need for filler here. While the manga may only be around 8 volumes, each volume is comprised of, I believe, 4 or 5 chapters. If each episode of the anime used 2 chapters of the manga--chapters in Twin Star are generally around 30 to 50 pages, so this is perfectly viable--then they should easily be able to keep up with the manga. Now, if they actually DID run out of content, then they could have gone the filler route, but since there's no need, the filler is even more useless than the filler episodes in Naruto. Seeing several episodes worth of pointless filler that introduces characters who I don't even remember seeing in the manga bored me to tears. This is especially true because none of those episodes did anything. They didn't develop the characters, they didn't help the characters grow stronger, and they didn't give us any background information to help us understand the characters. I know filler is done to fill in the blank space between the actual story, but I really wish they had at least been done to serve a purpose. 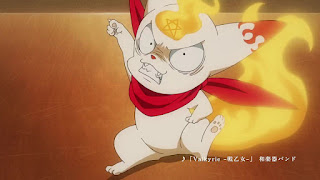 And now for the biggest failure from this anime: This guy. Right here. This little mascot guy. I hate this creature. I hate him so much. Not only was he not in the manga, but his entire purpose is pointless and he annoys me to no end. One thing that I've always disliked about certain shonen anime are the annoying mascot characters. They're so hard to do right. Everyone seems to think that by making this cute little creature spew insults at the male protagonist while glorifying the female protagonist is funny, but it isn't. It really isn't. It's annoying. It's even worse than the "guy accidentally sees the female protagonist naked, and then gets his butt kicked by said furious female, even though she should have locked the door, which would have prevent this entire situation from happening." Perhaps not so surprisingly, this trope is also used in the anime. Heck, it even throws in the, "let's get angry at the male protagonist for having porn even though the female isn't dating the male protagonist" trope.

All that said, I don't think this was a terrible anime. Not very good, perhaps. But not terrible. I ascribe to the belief that an anime doesn't need to be excellent in order to be entertaining, and Twin Star Exorcist fits this. It's not amazing, but it still does a decent job of entertaining me.

If you're into the shonen/action/romantic comedy genre, then you'll enjoy this, just like I did. And hey! This anime is supposed to have 50 episodes and only 13 are out, so if you do like this series, you'll have a good amount of episodes to enjoy it.
Posted by Unknown at 12:32 PM No comments: