12 Beast is the second series created by OKAYADO, the man who created the NYC best seller, Monster Musume. And just like Monster Musume, 12 Beast is chalk full of fan service and gorgeous monster girls, but this time it all takes place in a fantasy setting. 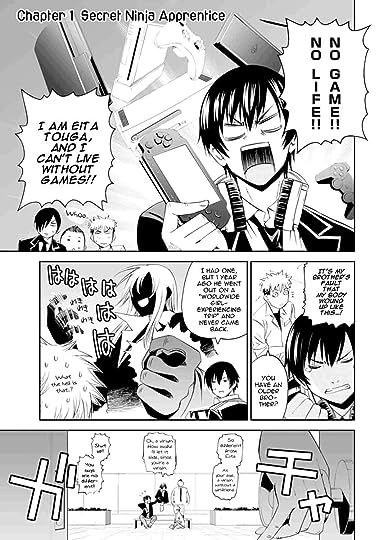 The series is about Eita Touga, a young man who loves playing video games a little too much. He also happens to be a ninja who's been trained in ninjutsu techniques by his grandfather. Yes, a gamer has become a ninja. What has this world come to? 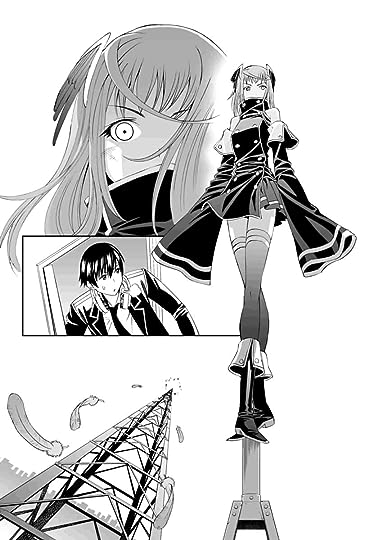 During the first volume, we're introduced to Aero, a harpy who has a request for Eita. She wants him to help save her world, Re-verse, which is like a fantasy world that you can only get to by going through a dimensional gate. Her world is under attack by machines known as Gigas. Sadly, Eita only cares about video games and doesn't want to get involved. It's too bad for him Aero has no intention of listening and drags him into her world anyway.

This series has a lot of action. While Monster Musume was pure fanservice-y fluff, this one appears to have something resembling a plot--even if it is kind of a cliche'd plotline. The story still isn't that serious, however. I have a feeling the plot is mostly there to deliver interesting bits of humor and titillation. Since OKAYADO is the one making this, I have a feeling we're going to get a lot more fetishy soon. 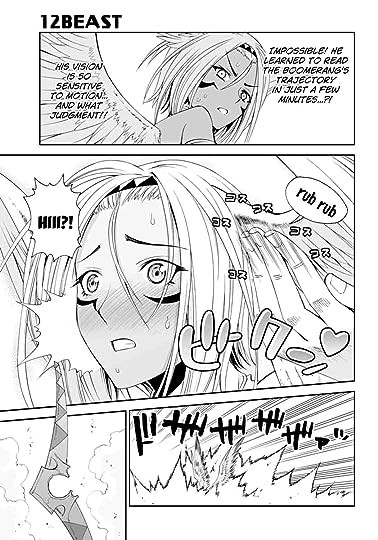 Overall, I'd have to say this series isn't bad, but it lacks the charm of Monster Musume, which is oddly cute despite the fetish fueled fanservice. I did enjoy reading this, and I bought the other two volumes that have come out. I'll probably finish those two volumes and make a decision on whether or not I'll continue reading this from that.

View all my reviews
Posted by Unknown at 5:46 AM No comments: