The Irregular at Magic High School, Vol. 1: Enrollment Arc, Part I by Tsutomu Satou
My rating: 4 of 5 stars


The magical high school is perhaps one of the most prolific genres in the light novel community. There are dozens upon dozens of stories that involve a bunch of high school kids going to a school, learning magic, and fighting in magical tournaments. Light novels like Asterisk Wars, Chivalry of a Failed Knight, Infinite Stratos, and so many more literally saturate the light novel landscape. 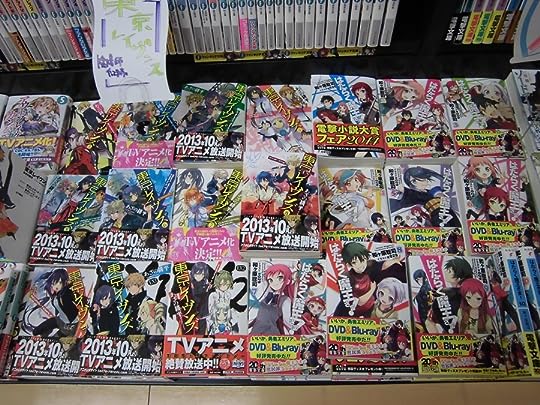 The Irregular at Magic High School is another one of those magic high school light novels, and I think it's one of the better ones. This story is about Miyuki and Tatsuya, a pair of siblings who are about to attend their first year at the renowned National Magic University Affiliated First Magic High School—dear god, that was a mouth full.

Anyway, the brilliant and magically talented Miyuki enters course 1, which is the course that the more talented students attend. Being a course 1 student gives you some benefits, such as individual tutoring with teachers. Meanwhile, Tatsuya is relegated to course 2. 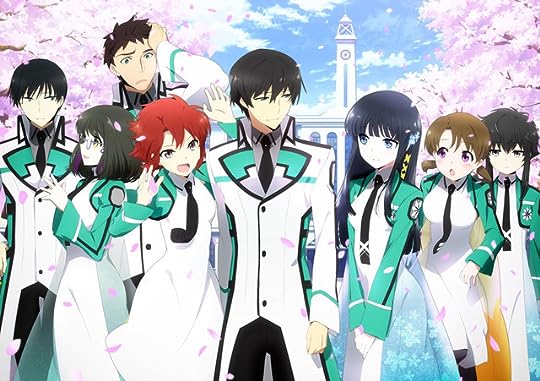 So, here we immediately have a divide. Course 1 and Course 2 is quite obviously a way to segregate students considered less talented. Course 2 students are basically the bottom of the barrel in terms of ability. They've been dubbed “weeds.”

Now, the reason for this derogatory nickname is because the Course 2 students lack the pendant emblem on their breast, which resembles a flower. Course 1 students, who do have this flower-like emblem, are known as Blooms. 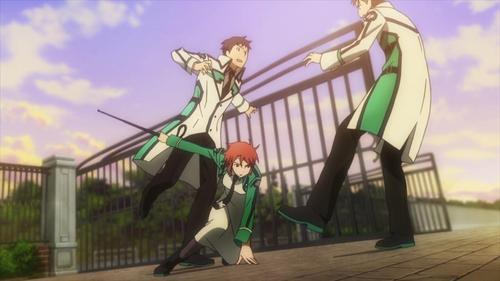 I feel like Weeds and Blooms were placed in this story as a means of showing that, no matter the era, people will always be prejudice. Saying that, I'm kind of appalled by how the Course 1 students treat the Course 2 students. There are supposedly rules governing conduct between the two types of students, yet no one but a few people seem to even care. And where are the adults in all this? It seems as if they've completely disappeared from this story.

Despite being a Course 2 student, we quickly learn that Tatsuya is not a force that you can afford to underestimate. He's apparently a master at martial arts, is being trained by a shinobi, and has a powerful magic that only he can use—though we're not told what that magic is. To top it off, Tatsuya is highly intelligent. 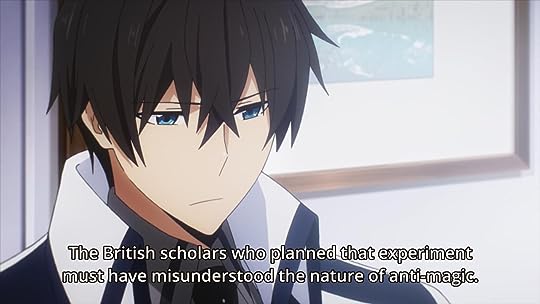 Tatsuya's goal in coming to this institute is to become a magic engineer. Now, here's a bit of interesting information for all of you. The magic found in The Irregular at Magic High School is very scientific. In fact, I'd say it's more of a science than it is magic.

While people can use things like incantations, grimoires, and wands to cast magic, most people don't rely on such methods anymore. Instead they rely on Casting Assistant Devices, or CAD for short. The basic idea is that a CAD incorporates synthetic materials—or artificially manufactured neurons—that convert Psion signals into electronic signals by using the Psion from a magic ritual—or sequence—to produce a collection of electronic magic known as an activation sequence. In laymen terms, it's a device that does all of the work that a regular magic ritual—incantation, wand waving, or whatever—for you. This allows for faster casting time. 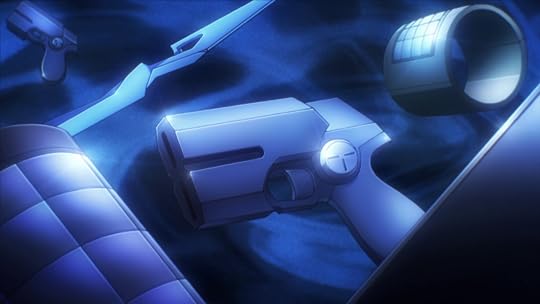 The magic system is actually my favorite part about the series so far. It's very complex and, as I mentioned before, it feels more like a science than a magic. The process in how magic is produced using a CAD is detailed to the point that I feel like I could walk up to a science class, explain the concept to them, and they would think I was talking about a legitimate scientific theory and not magical jargon from a book.

However, while the magic system is impressive, the story itself is not. I don't dislike the high school setting, and I'm not bothered by that “magic” theme. Even so, the story feels less like it's telling a story, and more like it's setting up the world to tell us a story.

I'm also kinda iffy on Tatsuya, to be honest. While volume one doesn't give me enough information to create a conclusive theory, I feel like he strays very closely to Mary Sue territory. I suppose only time will tell if that's true.

On the other hand, Miyuki IS a Mary Sue from what we've seen—at least, according to Tatsuya's perspective, his sister is perfect. She's gorgeous, she's intelligent, she's at the top of her class, etc, etc. I don't think I'd be so bothered by this if Satou Tsutomu had been able to show us her beauty instead of telling us her beauty. 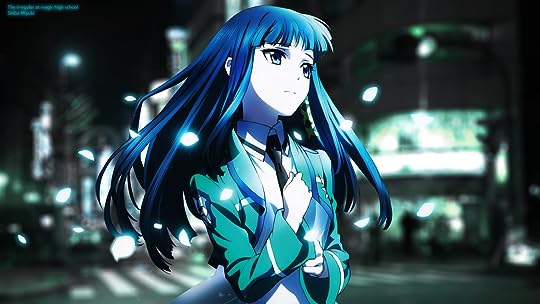 Writers always hear about how they should “show” us a story instead of “tell” us a story. While I don't normally focus on this aspect, I can agree that this volume had far more tell than it did show. Miyuki is the perfect example of this. Whenever she's described, Satou Tsutomu always describes her as a “pretty.” Literally. We'll get a sentence that talks about how she's very pretty and makes heads turn. That's all well and good, but it doesn't show us how she's pretty. It doesn't show us how her dark hair glimmers as it catches sunlight, or how her fair complexion is more pure than freshly powdered snow. We're just told that she's pretty and we're supposed to accept that.

I don't blame Yen Press for this particular issue. They've always done an admirable job of translating what the author wrote. This feels more like a problem on the author's part. Saying that, I'm willing to forgive this issue, since it is his first novel, and if I'm being honest, my first novel was mediocre at best.

As I mentioned before, this volume feels more like a set up than it does a complete story. We're given a lot of information, we're introduced to a lot of characters, and quite a few things happen, but the first volume is a story without a resolution. There's no clear problem that Tatsuya needs to solve, no clear stakes, and no clear motive for the main character. What's more, the story ends on a cliff hanger, making it so you have to buy the next volume if you want to hope for a resolution. 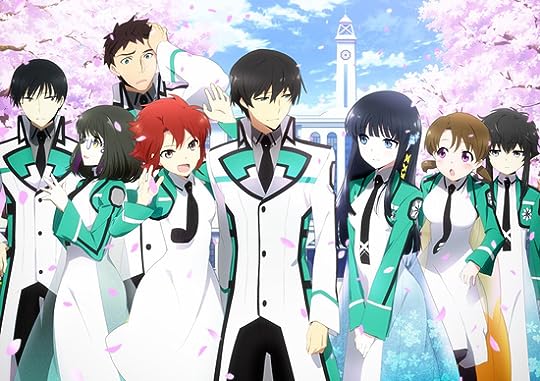 While the end is off-putting, and I felt like some of the themes and writing could do with improvements, I did enjoy reading this volume—and I'd recommend it to anyone who's looking to get into Japanese light novels.

View all my reviews
Posted by Unknown at 5:26 PM No comments: