So, I have just had my mind blown. I've been reading a lot of light novels recently, from the witty dialogue of Spice&Wolf, the impeccable world building of Log Horizon, the poetic prose of Strike the Blood, and the hilariously stupid yet highly intelligent plot of No Game No Life. However, in all that time, with all those light novels, I have never once finished a volume and said, “This is what a light novel is all about.”

However, today, I am going to tell you this: Accel World is what light novels are all about. 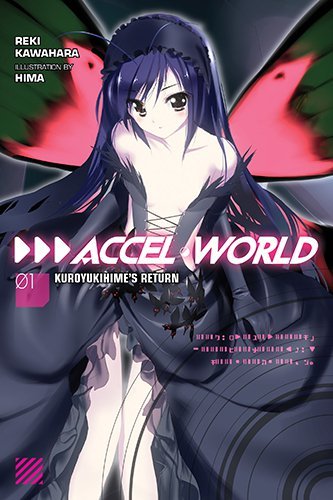 The story starts off with exactly what I want to see in a series like this—our main character. There's no unnecessary exposition, no purple prose. We're immediately introduced to Haruyuki, a seventh grader who's short, fat, and gets bullied a lot.

What struck me about this introduction was how we're shone that Haruyuki is being bullied from nearly the moment he's introduced, turning him into a sympathetic character from page one. Now, being an anime/manga/light novel fan, I've dealt with my fair share of bullying, so I understand where he's coming from. However, he's got it hundreds of times worse than I ever did, which makes me really empathize with him. 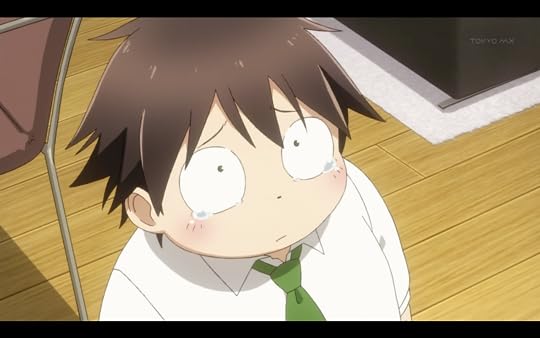 After being introduced to Haryuki, we learn more about the world itself. The story is, believe it or not, the sequel to the light novel series Sword Art Online, which every anime fan should know about by this point. It's set several decades after SAO, and the world has changed drastically. The age where gamers wore unwieldy helmets to dive into a fake reality are no longer needed.

Now people have nuerolinkers, which are like microchips that have been implanted into them around the time they're born. This not only allows them direct access to the net whenever they want, but it means almost everything in their daily life revolves around the digital data being constantly fed to him—and of course, the neurolinker also allows people to enter a digital world whenever they want. 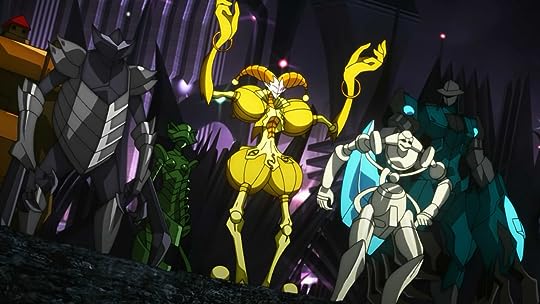 I have to give Reki Kawahara some major props here. I was hooked on this story from the moment I started reading it. He really knows how to suck readers in. His story is surprisingly concise, yet it delves into the mind of Haruyuki so well, presenting his trials and tribulations in such a way that I was rooting for him from the moment the volume started.

The digital world, that is to say, the world where people can leave their physical bodies and throw their subconscious into a false reality, is Haruyuki's only solace. During lunch, he secretes himself in a bathroom stall, dives into the virtual world, and spends his entire lunch playing games, so as to avoid the constant bullying he always receives. 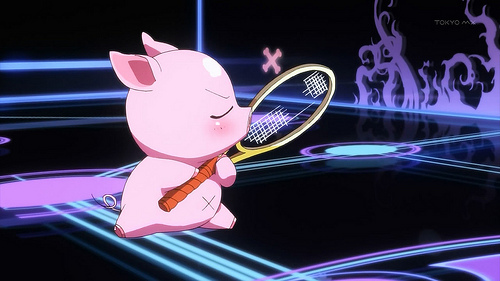 During one of his dives, he travels to the game that he normally plays—only to discover that his most recent high score was utterly destroyed. He's shocked. And he's even more shocked when he discovers who it was that defeated his previous score.

Kuroyukihime is the girl that everyone loves. Boys want her and girls want to be her. She's basically the embodiment of a teenage boy fantasy. While she at first comes across as too perfect, it's easy to realize that her seeming perfection is nothing more than the skewed perceptions of Haruyuki, who feels so inferior to her that everything she does seems perfect to him. It's a great example of an unreliable narrator, and it's one of the writing traits that I feel Reki Kawahara does best. 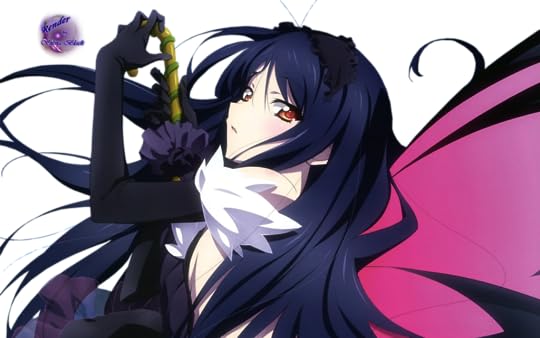 Haruyuki is invited to lunch by Kuroyukihime, who claims that she has something to tell him that will change his life forever. Against his better judgement, he meets her for lunch..

As the story progresses, I've noticed that Haruyuki is exceedingly self-conscious about other people. He dislikes crowds or being the center of attention. When people do pay attention to him, his self-loathing becomes more and more apparent. This is another piece of writing that Reki Kawahara did well in. Haruyuki is a massively flawed character. Not only are his physical traits what most people consider flaws, but the way he so obviously hates himself for those traits is an inherent personality flaw that a lot of teenagers in junior high and high school deal with. 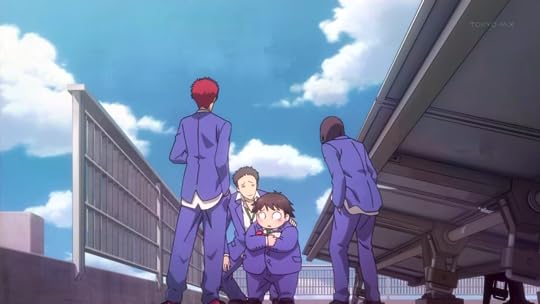 During his lunch with Kuroyukihime, he has a program installed into his neurolinker called “Brain Burst.” It's an interesting program. The basics is that it allows him to do a full-dive. However, rather than leaving the physical world for a fake one, “Brain Burt” takes his subconscious out of his body, places it in a digital recreation of the real world, and speeds up his mind's ability to process information.

There's a lot of technical jargon involved with how the real world is recreated by the view of multiple security cameras. Brain Burst supposedly renders the data from those cameras into polygons that it feeds directly into the brain. This is what allows people who use Brain Burst to see what's happening in the real world at a slowed down speed.

If there's one thing that's apparent to me, it's that a lot of effort has gone into this series. The world building is impressive, and the explanations are thorough, easy to understand, and done in such a way that I don't feel like they're too info-dumpy. All of the characters have this “normal teenager feel,” which I believe is due to the unreliable narration of Haruyuki humanizing them. Even Kuroyukihime, who feels perfect from Haruyuki's perspective, seems human when I read about her. 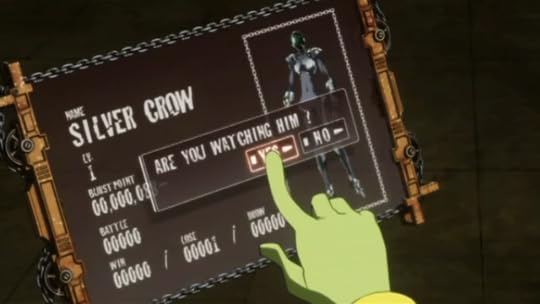 Another aspect about this series that I thought was entertaining are the battles that are fought during the Brain Burst. We don't see this until the day after the Brain Burst is installed in Haruyuki's neurolinker, but there are a lot of people who have Brain Burst installed, and these people can challenge another Burst Linker to a duel in what I'm going to call the replica world for now. The battle system is reminiscent of old school fighter games like Tekken and King of Fighters. However, rather than controllers, people use their avatar, which is digital body that manifests itself based on a Burst Linker's desires and insecurities.

Without giving away the plot, I can tell you that this is hands down my favorite series currently. While I've enjoyed all the light novels I've read, this one speaks to me in a way that the others simply haven't. Whether it's because of the characters, the setting, the nostalgia I felt for my junior high days, or a mixture of everything, I can tell you that this is one of the best light novels I've read—and I'd recommend it to anyone who enjoys video games, understands what it means to be bullied, or just wants to a damn fine read.

View all my reviews
Posted by Unknown at 12:19 PM No comments: