Every few seasons, an anime will come out that touches you—and I don't mean the tentacle grope kind of touching. It's an anime that touches your heart, that makes you feel a wide array of emotions you generally don't feel, that makes you curse the damn ventilation system, because now you've got this suspicious moisture in your eyes that could have only come from dust particles floating in the air. 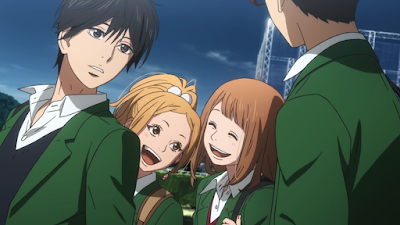 Orange is an anime about a group of high school teenagers. It's filled with all the drama, comedy, romance, and things so typical of high school that I almost forgot these characters aren't real. Watching Orange made me remember all of the drama that I went through during high school. Of course, my high school days didn't have any supernatural elements, but whatever.

The first and most important aspect about Orange is that this is one of those anime where all of the characters feel like real people. Naho isn't just a character in an animated series. She feels and acts like I imagine a real girl in high school would act. Everything about her, from her design to her personality, makes me think of the people I knew when I was attending high school. What's more, because of how realistic she is, I found her character to be very sympathetic. From the moment she was introduced, I wanted to root for her, to see her succeed in her goals. 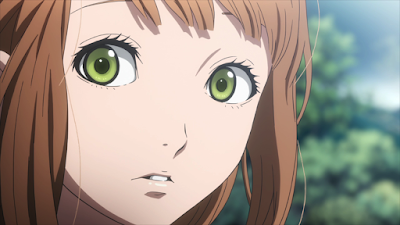 Of course, she isn't the only character. All of the characters feel like real high school teenagers. I have to hand it to the Seiyuus. While Masako Nozawa, the seiyuu for Goku from Dragon Ball Z, recently stated that the quality of voice actors are dropping, I think the people who play the voices of these particular characters did an admirable job. I never once felt like I wasn't listening to a bunch of real teenagers in high school going through life's daily problems. This was especially true during the more emotional scenes. It takes a lot of effort to make your voice sound like you're actually crying. As someone who has tried to fake cry many times to get out of punishments when I was younger, I can tell you this from experience.

I mentioned before that there's a supernatural element involved in here. During the first episode, Naho receives a letter from her future self, which asks her to save Kakeru, the male character who becomes the main love interest and a central point of this anime's plot. 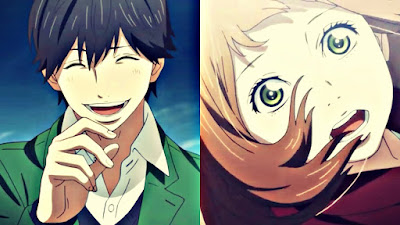 One of the more interesting aspects about this series is the supernatural, time-travel letter itself. I still don't know how future Naho managed to send her past self that letter. To be honest, I don't think we're ever going to learn how it was sent back to the past, even though we get several flash forward scenes of Naho and the other characters ten years in the future. I actually think this is a good thing.

One thing about a lot of anime is that they really like explaining how something came to be, or how a particular power works. In shonen anime, characters will go into this detailed description about how X-technique works by compressing the space-time continuum of this world's inter dimensional whatever, and I really don't fucking care. Like, seriously, I don't always need to know how something works. In fact, sometimes, most of the time, all that exposition does is bog down the story with needless explanations.

Orange gives us an aspect involving time travel, but it doesn't give us anymore than that, allowing the viewers to come up with their own ideas about how the letter came from the future. Of course, it does go into a minor exposition about how time travel creates alternate realities whenever the future is changed, but that actually furthers the plot by presenting a series of conflicts later on. 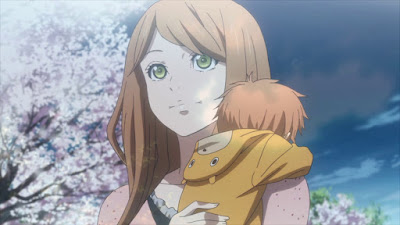 Perhaps the most heartbreakingly beautiful part of this anime was watching Naho as she tries to help Kakeru, who suffers from depression because of his mother's death. In the future, Kakeru committed suicide because he felt guilty about his mother dying. The letter that her future self sent to Naho was done with the intention of saving Kakeru's life, because future Naho has lived in regret ever since he died.

Dealing with someone who's suffering from depression can be hard. Anyone who's ever had depression or watched as someone they love dealt with depression can tell you this. What makes this particular plot so moving is how accurate they portray someone who's depressed. Kakeru tries to act happy whenever he's with the others, but there are points where he gets moody and seems down. He sometimes snaps at Naho, even when she hasn't done anything wrong and only wants to help, which is another accurate portrayal of people who are depressed.

Outside of the story itself, I was really impressed by the artwork. The character designs differ vastly from most other series. In particular, the attention to detail on their faces made these characters stand out. They all have differently shaped eyes, which are designed to help reflect their personalities. Likewise, the way their mouths are formed could easily denote what kind of person they are. 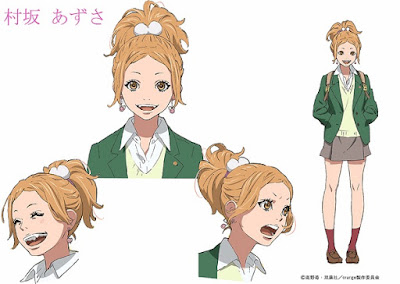 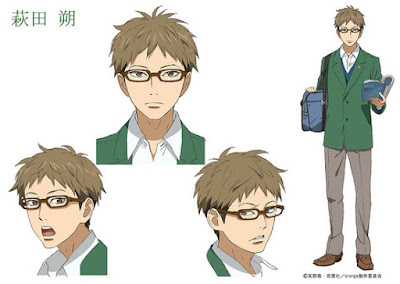 The greatest example of how these characters personalities are reflected in their appearance can be found in Saku and Azusa. Azusa has wide, bright eyes, a slightly larger mouth than the others, and is almost always seen smiling. This immediately let's viewers know what kind of personality she has. The bright eyes denote her enthusiasm. She's probably a very optimistic person, and the larger mouth, which we usually see smiling, tells us that she A) probably likes to talk more than the others, and B) has a brighter outlook on life.

In contrast, Saku has narrow eyes, which he wears glasses over, and a small mouth that rarely smiles. The narrow eyes denote a more serious character than the others, but since he's with a bunch of rowdy people, this also means he's going to play the straight man more often than not. The smaller mouth also means that he won't talk as much. When he does talk, it'll always sound serious, even if what he's saying is completely ridiculous.

In this day and age, where the artwork in anime has become very standardized, a style like this stands out a lot. 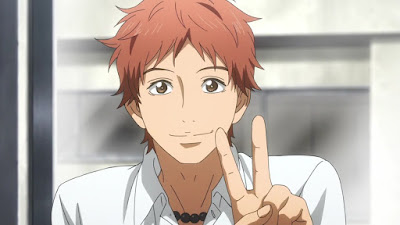 Something interesting that I discover while watching this anime is how I found myself not shipping the OTP. From episode 1 and onward, we're shown that Naho is in love with Kakeru, and that love sometimes seems reciprocated and sometimes it doesn't. However, the longer this series went on, the more I found myself rooting for Suwa.

I feel like Suwa has gotten the short end of the stick in all this. Throughout the entire series, he's done nothing but support Naho's love for Kakeru, even though it's blatantly obvious that he loves her. He's also more supportive of Naho than Kakeru is. He's that friend who constantly hangs in the background, always there to catch Naho when she falls. But because Naho loves Kakeru, nothing happens... which is kind of funny because the future Naho is married to Suwa.


On the whole, the series is touching and deals with emotional issues that some people might find uncomfortable. I think this brings out a unique quality that we don't often see in anime. To anyone who would enjoy a heartfelt romance, drama, and hints of supernatural time travel, I'd recommend this anime to you.
Posted by Unknown at 10:28 AM No comments: