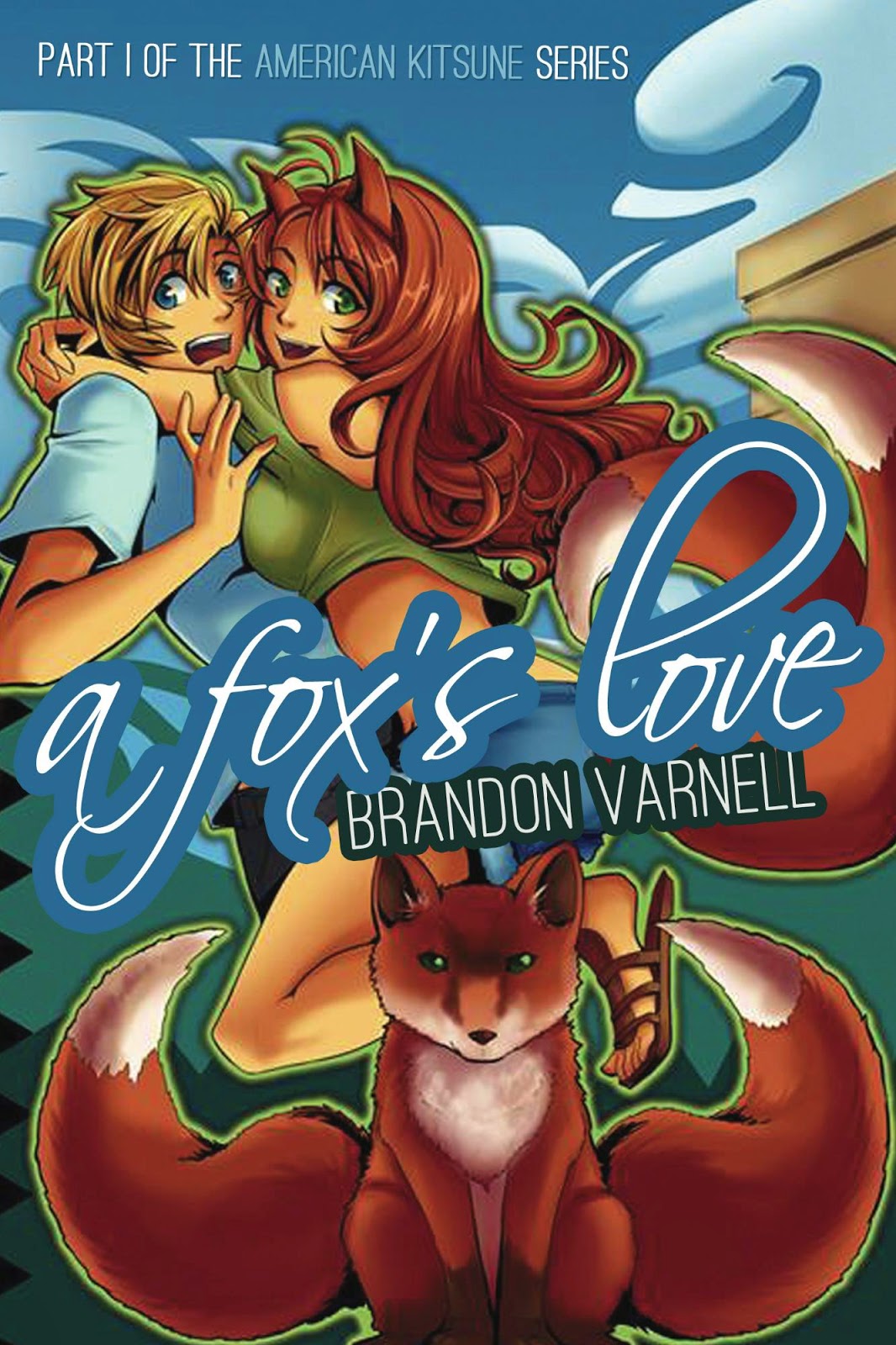 The story of a boy, a fox, and a lot of fanservice…

Kevin Swift has the worst luck with women. It’s not that he’s unattractive or even unpopular. He just can’t talk to them. He blames it on all of those shōnen love comedies that he enjoys watching. Fortunately, or unfortunately―depending on who’s asking―Kevin’s love life is about to start looking up.

After saving a fox, Kevin discovers that he actually rescued a kitsune, a shape-shifter capable of transforming into a beautiful girl who appears to have popped right out of the pages to a shōnen manga. Her name is Lilian, and she’s decided that he’s going to be her mate―whether he likes it or not!

Between dealing with an overly amorous vixen’s zealous attempts at getting into his pants, his inability to talk to girls and school, Kevin is going to have his hands full.

Click on the link to buy A Fox's Love 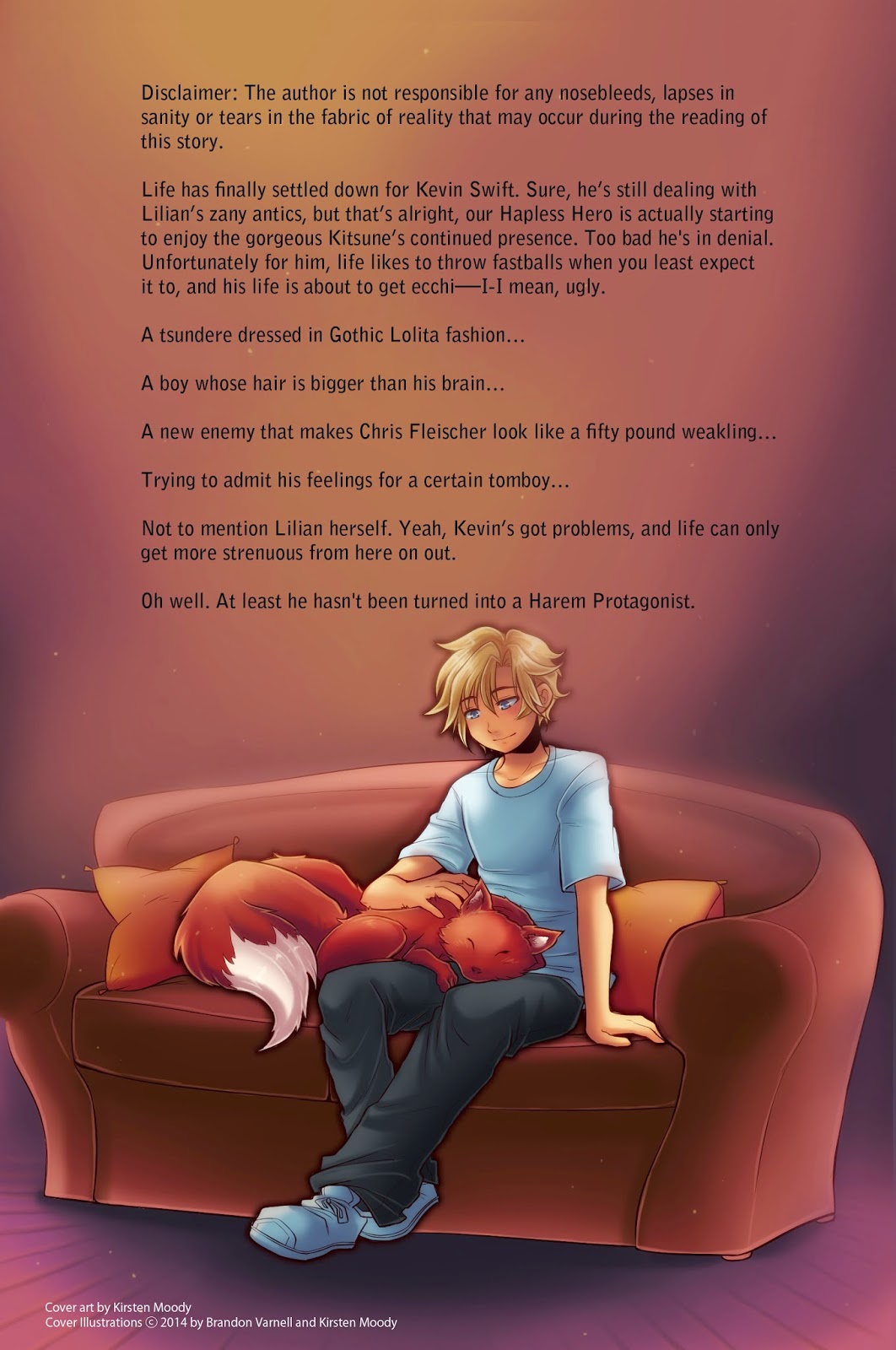 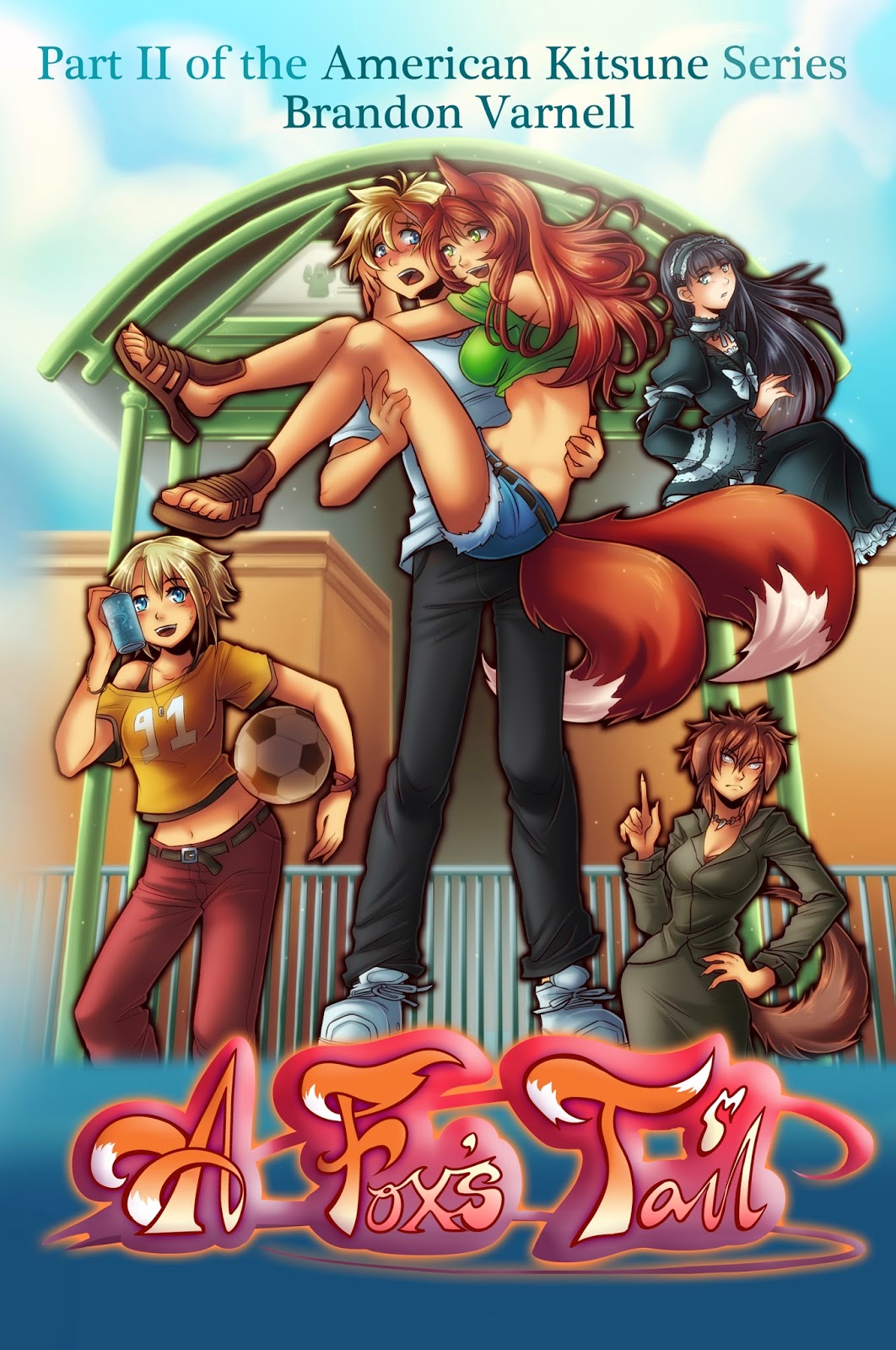 
Kevin's life has finally started settling down. Sure, he still has to deal with Lilian’s zany antics, but desensitization has set in at last and he’s actually beginning to enjoy the gorgeous Kitsune’s continued presence. Too bad he's in denial. Unfortunately, while the waters of his life appear relatively calm, things are about to get ecchi―I mean ugly.

A boy whose hair is bigger than his brain…

Trying to admit his feelings for a certain tomboy…

Not to mention Lilian herself. Yeah, Kevin’s got problems, and life can only get more strenuous from here on out.

Oh well. At least he hasn't been turned into a Harem Protagonist. 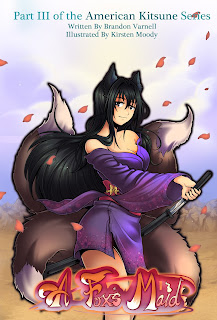 
Kevin Swift doesn’t know what to think anymore. His love for Lindsay has dwindled, he’s constantly plagued by thoughts of Lilian, and now he has to deal with his sexy housemate’s maid: A kimono-clad, katana-wielding femme fatale who doesn't like him very much—and who has this weird tendency of adding Japanese suffixes to everyone’s name for some reason. Go figure.

Now Kevin must make an irreversible choice: To become Lilian’s mate or not. It’s a life changing decision that no teenager should have to make. Unfortunately for him, Lilian’s maid has basically threatened to clean out his entrails with her katana if he doesn't.


He used to think being a teenager sucked. Now he’s realized that being a teenager is nothing compared to being the potential mate to a kitsune whose maid holds no moral compunctions about flaying him alive. 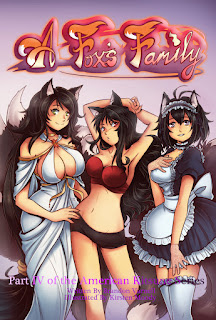 Two weeks have passed since Kevin Swift was kidnapped by spandex-clad secret agents, rescued by Lilian, and they were both subsequently saved by Lilian’s faithful maid-slash-bodyguard. Since then, Kevin has nabbed himself a foxy girlfriend—pun very much intended—and a person willing to train him in the arts of badassery. Needless to say, life has been good.

Then Lilian's family decided to pay a visit.

And everything went to hell.

Sometimes, life gives you lemons. Other times… well, you get the picture.